The Search of The Three Kings

Sometime ago, before mystical truths were deemed legends or fantasy. There lived three brothers. One born of absolute strength and bravery, another with polished wisdom and intelligence, the third with astounding abilities of magic. Once born, three lands were created and said to have them rule when they came of age. One night, however, a terrible blue storm reigned. Sweeping the brothers from their cradles into the abyss. The king and queen that ruled set out searches to bring their children home. This became known as ‘the search of the three kings.’ How do three boys get blessed with traits men kill for in the first place, I wonder? Well, by a woman, no taller than the wheel of a carriage. It is said she stood straight with a gazed expression day and night. Her long grey hair looked as though it was never brushed. Only when she met the brother’s parents-to-be did her expression change. “I've found you, my dears” she beamed a smile swiped across her face. The young woman and tall man looked confused as she eyed the woman. “To many moons hasn’t it, my loves. My darling children. My future” She then kept direct eye contact with the woman standing in front of her. The woman, looking slightly scared kept her hand on her husband's arm. Taking the old lady's hand as she held It out. “You have three! My my. To think I'd have to split the gift thrice. No matter if it's found then it shouldn't be stopped.” Finally, the man spoke, “Forgive us, but we are not your children and to what gift do you mean?” The woman looked at the lady seemingly to understand some of what she meant. “There is three? Are you sure?” “Why yes, lovely child.” She automatically replied, “Three spirits attaching a growing with the mothers love you give.” The man stared finally connecting the strands of information, “We’ve only just known, yet there's three?” “Aye” The small lady proclaimed. “When you say, ‘my children, my future’ What do you mean?” Asked the woman. “The skies have gifted me with a blessing I can no longer hold, I look at you both and see three perfect vessels for which to bare it. At first, I saw none but one, then mine eyes, mine heart, mine soul, seeing three profound beings, neither of which the same. The blessing I have but feeble if left to wrongdoing. When I set eyes on this lovely couple I've seen it, heard it, and felt it. Your future’s future may hold truth to this. For I never had a bloodline, never a child to pass along. So long as they create their own future it will be theirs forever. Believe it when I say you will not regret this blessing. Be it beautiful in others' eyes it will be much more for you. With such brightened minds and such unwavering spirits, I cannot help but offer both of you, my blessing. In all my years of searching, I found some settled vessels and some almost pristine, but never as molded as the ones that stand before me. Accept it and never regret it but refuse it and be on your way. I am just a mere old lady after all.” The woman spoke with almost no loss for mind. She showed no sign of forgery on her wrinkled face. A stern serious face accented her sincere words. The man looked at his wife to ask her what she thought but saw tears in her eyes. “I've seen it” she said as she wiped a tear from her cheek. “As she spoke like a storytelling, images appeared in my mind. I could see the life of this woman play out as she spoke. Almost as if something or someone was trying to prove it to us. My darling I believe her.” She spoke softly, facing her husband with a smile on her face. “The three I bare won’t have to know our pains. They’ll be set and luxury which we’ll know they deserve” Those words touched the heart of her husband as he spoke mannerly to the old lady “I think... I think we’d like the blessing very much” The ladies smile grew as he spoke his words. “Marvelous!” she calmly grabbed the woman's hands and kissed the middle of them. She seemed to whisper something in the mist of holding her hands. In that second the woman felt a surge through her body. The old lady now looked tired and older than she looked just seconds before. “I should go rest. My time is closing in, now. Those three, whatever they may be, are a greater gift even without a blessing. Farewell, my children. My future.” The woman seemed to disappear as she took a sharp turn. Never to be seen again. Whatever happened to that man and woman and where are the three now? Why don’t we do some soul searching?

As said before, the boys shortly after being born were swept away. Leaving the three kingdoms to be ruled under the king and queen. Unbeknownst to the old lady that gave the couple this blessing, the couple was royalty. Faulted to be married according to their parents. They fell in love with each other and not the ones they were supposed to be with. So, they both ran away, leaving their money and luxury behind. On the night they ran into the old lady, marked three years of their leaving. That same night the man's father was said to have passed, and he was supposed to inherit the throne. He accepted the throne knowing he could now be with the one he loved and supply an extravagant life for his sons. As the months went on, the new queen’s belly grew. The king knew soon he would have the stress of being a royal father. On a warm sunny day, a slight breeze blew through the palace gardens. The queen knew, it was time. Twenty-six hours later three beautiful baby boys lay in their mother's arms. There was a boy with green, glowing eyes and silver hair like clouds that sat there quietly. Next to him was a larger baby boy with black hair with white streaks that had sea blue eyes and cried non-stop. At the very end was the third brother who had sunset orange hair with two strands of blue on the front and ruby red eyes with a hint of gold, laughing and smiling until he fell asleep. Seeing their three sons brought the truth to light. They were blessed and the king realized that he didn’t know what they were blessed with. As if the universe was reading his thoughts, words appeared above the boys for them both to read “Three brothers born, One of absolute strength and bravery, One of polished wisdom and knowledge, and another with astounding abilities of magic.” The king and queen couldn’t believe what they were seeing, a perfect answer to a question they asked almost seconds ago. They thought about it, that would explain the different behaviors and looks. Even though they were their parents, they didn’t take after them, rather the power they possessed. It was hard for them to figure out which one had gotten which at first. They eventually figured out that the silver-haired son was the one polished wisdom and knowledge, the son with sea blue eyes was the one with absolute strength, and the son with sunset orange hair was the one with astounding magical abilities. After knowing this they decided to name them accordingly. They named the first one Cato meaning “all-knowing”, the second was names Riki meaning “power or strength”, and the third was named Vanir which is a Norse magician and sorcerer. Right away the king created the three kingdoms to be ruled by his sons Cato, Riki, and Vanir. However, these boys would not grow to learn their names. Four nights after being born dark clouds surrounded the kingdom's capital resulting in a heavy storm. Silver lightning struck the grass and trees, the clouds turned black as bluer than blue rainwater rained down, and the sunset seemingly sent gold winds into the palace. Swooping the babies out of their beds and flying them off into the distance. Frightened for their children’s lives they set out search parties to find their sons. People all around the kingdom started the join the search and it became known as “The Search of The Three Kings”. The King and Queen realized that some of the people were searching for their son for their own gain and to use their son’s powers for themselves. As a result, they gathered everyone who knew what their sons looked like to make sure that their looks weren't revealed. This made looking for them much more difficult and years passed. They had a daughter three years after their sons went missing though she wasn’t born to the blessing. She resembles her parents, in so, she had bright blonde hair with glossy green eyes. She acted like a normal baby when she was born, crying, sleeping, and eating. She was named Miyuki which means “beautiful happiness” after the bright trail she left after leaving a room, and her contagious smile. She grew up to be even more beautiful as each day passed. She grew up with her parents' love, but she could always see on their faces when they looked at her. She knew they missed their sons. Unable to know her brothers she also feels like she missed a chance to have that brotherly bond. So, when she was young, she decided she would get strong enough to go out and find her brothers herself. It took a lot of convincing, especially from her father, but they eventually let her venture out and told her to return in two months' time. That sets us to the present time, the day of her departure for the search of her brothers. 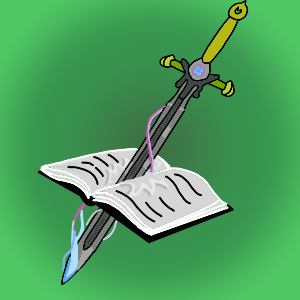 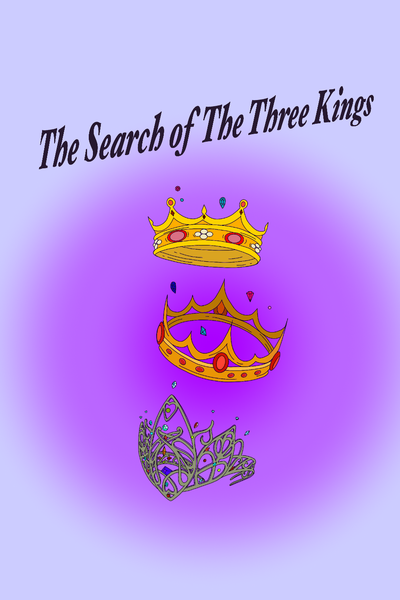 The Search of The Three Kings

Three Princes born of outstanding power. Three Triplets blessed with abilities unfathomed. Each taking on the characteristics of each gift they showed. When they were born, however, they were swept away by a mysterious storm. The brothers were meant to lead their own separate kingdoms, but when they vanished, the king was left to rule over them himself. Three years after they vanished, they had a daughter, ungifted. She was complete beauty and was determined to find her missing brothers. Each day her parents grew more and more distant, for fear that she would leave too. After fifteen years, eighteen years after their disappearance, Miyuki decided to find them. Finding herself through the process, she- Well let's say her brothers are in for a surprise.
Subscribe 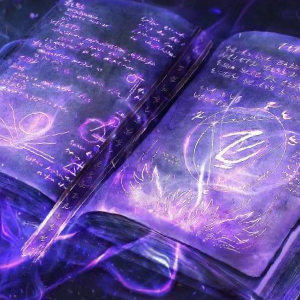