"Ladies, gentlemen, and honorable members!" Called Ozahr Caldun as he circled around the sandy arena with his arms outstretched. "This young man here—" he gestures at the opponent standing before him—"has the bravery of a Spell Knight, the passion of a Spell Knight, and my personal approval to be a Spell Knight! However, rules are rules..."

The robed opponent shifted his weight from leg to leg and rotated the cuffs around his wrists in a nervous tick.

"In order to be the Spell Knight of Cadmia," Ozahr continued, "you must defeat the current Spell Knight in a sorcerer's sparring match." He grabbed his pointy hat by the brim and launched it into the crowd, but instead of being snatched by the hands of fans, the blue hat found its way to a tall man standing at the very top of the arena. He raised a brow at Ozahr.

Ozahr subtly nodded with a smirk on his face. And with that gesture, the man elegantly stepped inside the building and left the match to run its course.

"I've been training for five years, y'know," called out Ozahr's opponent all of a sudden. His expression was not as cheery as the Spell Knight's. "Non-stop."

"Oh...?" Ozahr turned his attention to the man, his gestures as fluid as water.

"Do not underestimate me. I've worked hard for this."

"In that case, let us not delay any further!" Ozahr announced and pulled out a plain cotton handkerchief. "When this handkerchief hits the ground... The match—" he let go of the fabric—"will begin!"

The robed man immediately launched an attack in Ozahr's direction. Water tendrils shot from his palms and swirled in the air until they formed a large snake unhinging his jaw, ready to swallow Ozahr whole.

The white haired sorcerer, however, was not so easy to beat.

Ozahr stuck his hand right into the snake’s mouth and incinerated it with bright blue flames into a cloud of steam. Trails of his blue fire flickered in the mist and the hanging water droplets in the air.

There was a moment of silence.

Ah, what a shame. Ozahr hoped this match would’ve been a little harder.

"What the hell," a half-confused and half-angry voice called from the other side. The water droplets that once answered to him no longer moved.

"That's a nice party trick!" Ozahr shouted back in reply. "But it won't be enough to make you a Spell Knight."

A vibrant blue sparkle twinkled in every hanging droplet. Ozahr's opponent was flailing his arms around, trying to control the magic that he conjured, but the magic wouldn't listen to him and his tactical movements.

"Dear fans!" Ozahr called out to the crowd with his arms outstretched. "Magic is not about being stronger than your opponent, no, no, no," he waved his finger in the glittering air as he paraded a little closer to his helpless opponent. "Magic is about finding the impossible and taming it not with a strong hand, but strong will."

Ozahr looked back to his opponent, sensing that he was getting aggravated by the minute based on his clenched fists. And still, he continued. "Of course," Ozahr said, "no amount of will can save you from lack of magical energy in the air."

In one smooth motion, Ozahr redirected the blue mist that's been glittering in the air towards his opponent in a narrow torrent of water. The man stumbled back as the water hit his chest and splashed his face.

He picked up his head and blue fire clouded his vision. The man raised his arms to protect his face, but the fire flew through his body and exploded in a flurry of blue sparks out his back.

Ozahr slowly approached. The man was patting his chest and thrusting fists into the air, but nothing came out of them. Not even a droplet.

"If you cannot manipulate magic any more—" Ozahr held a blue flame in his palm as proof that magical energy was restored to the air—"then I'm afraid this match is over." He smiled smugly in front of the man.

That is, until the smile was wiped off his face with his opponent's fist.

Ozahr did technically win, but it felt more like the match had two losers instead.

Later that day, after the crowd had dispersed from the castle's arena, Ozahr had his bloody nose taken care of by his teacher.

"Ow!" He gasped, sitting in a chair inside the castle's library.

Elidyr, the teacher who's been gathering every ounce of his patience to keep calling Ozahr his student, sighed. "When I left the arena, I expected a clean victory. I'm starting to distrust your judgment with these calls."

"It was a clean victory," Ozahr insisted. "The guy broke the rules, I still won. A sorcerer's match cannot use any physical force and I've faced water sorcerers countless times before. They've all been the same. At least the last guy had the creativity to turn his water into a snake. Ow!"

"Quiet." Elidyr washed away the blood that reached Ozahr's lip with a cotton ball. He pulled back and looked at his student. Big, mischievous blue eyes danced under hair whiter than snow, avoiding Elidyr’s gaze. Telling Ozahr to be less flashy was like telling a ladybug to hide its spots. And still, Elidyr expected as much of him.

"Tone down your matches," said Elidyr.

"What? You know the showmanship is raising quite a bit of money for the castle—the people love seeing sorcerers in action! It's not like Cadmia is getting any richer from selling wilting vegetables at the market."

"Sorcerers in action are not performers," Elidyr reminded him. "They are weapons and they must be sharpened carefully."

Ozahr groaned at the line he's heard a hundred times before. "As if Cadmia is under attack every hour of the day. It makes no sense to keep your best swords in the shed, does it?"

Elidyr paid no attention to Ozahr's protest as he started packing up his medical supplies.

"This castle doesn't even have a king anymore. It's falling apart—" Ozahr looked at his teacher with hopeless eyes. "There's..."

"There's nothing for you here?" Asked Elidyr. "Is that what this is about again?"

Ozahr sighed. "There have been no magical villains to defend Cadmia from since before I was born—why do they even appoint a Spell Knight?"

"They don't. I appointed you. For training purposes."

"Well, I'm not exactly learning much from fighting no-names with single-digit years of experience now, am I?" Ozahr sighed.

Elidyr silently looked at him for a moment. Ozahr has come a long way since he came to Cadmia, there was no doubt about it. But when one wishes for trouble this much, they're bound to meet it eventually.

"You want me to be a delivery boy?"

"I would like you to meet a certain vendor," Elidyr corrected him. "If there's trouble brewing, she'll know about it, but she will also need a helping hand at her age."

"She's in Erith, right? That alchemist town to the North?" Ozahr glanced at a map hanging on the library's wall. The lands curved around small and gigantic rivers alike, forming a rough spiral resting on top of an ocean background, though the broken islands at their tips were cut off on the map.

"If trouble needs solving, why don't they have a Spell Knight?"

Elidyr finally picked up his things and headed towards the door. "They do now." 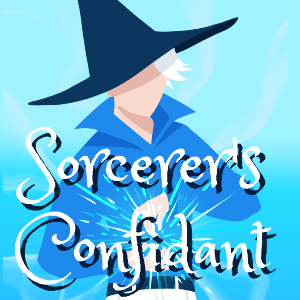 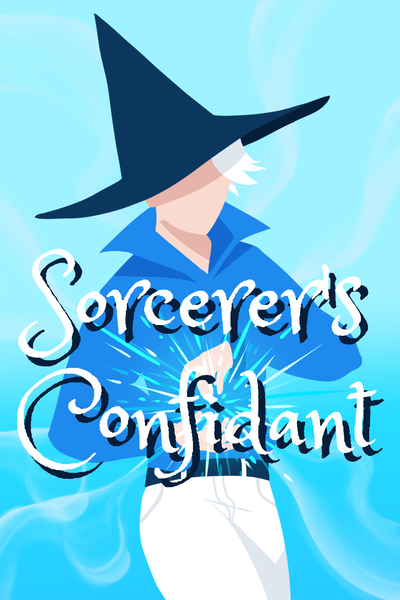 Ozahr Caldun, the self proclaimed strongest sorcerer at the ripe age of 22, thinks he can finally convince his teacher, Elidyr, that he's ready to face the real world. Elidyr, in a moment of weakness, reluctantly agrees. Ozahr doesn't make it one portal outside his small kingdom before getting himself almost killed and signing himself up for an adventure longer than he asked for.

Sorcerer's Confidant is a character driven story in a simple world of magic that likes to explore unusual friendships and exciting adventure.

(I will also be posting this story on RoyalRoad.com if anyone wants to read it there!)
Subscribe 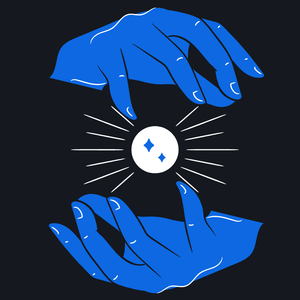