It was a blue fire that burned to the ground the library of the town called Marchen.

Some villagers said, considering the closeness of the building to the so-called ’cursed’ forest of the surroundings, that the destructive blue force emerged from the deep of it, as a punishment from God to the hated old-man that was the owner of the ancient library.

’Was’, being an important word to have in consideration. Because the middle-aged man, Arthur Redford, had died in the fire.

His neighbors rumored that someone had started the fire on purpose to end Redford’s life. Others said Redford himself did it, affirming that the fire had started from inside the library.

Most of the statements differed, but there was a thing that was always the same:

Instead of the typical reddish coloration, the fire that ended with everything was as blue as the sky and hotter than any regular flame, incinerating practically all the building in minutes, and then as fast as it started, it went out by itself.

So when the young man with dark-brown hair and glasses advanced towards the place, he could only see the scorched debris that remained.

“Hey, back up!” A police officer yelled at him. “Someone just died here for god’s sake, so lets us work, kid.” But before the young man could say anything back, an officer with a higher rank approached.

“Constable Jones, move out of the way!” The sergeant growled, sending a glare to the younger officer. “Mister Markov, we were expecting you.” He said in a calmer tone, though maybe somewhat forced.

Jones could only watch, perplexed. This ’Mr’ Markov was barely an adult; definitely not older than 25 years old. So he must be someone important for his sergeant to show such politeness to someone that tried to cross their perimeter as if it was the owner.

“Sorry for the lateness, sergeant. Some villagers saw it fit to stop me in my way here just to gossip about what happened.” Markov’s words were polite, but there was no kindness in his cold voice or expressionless face. He acted older than he seemed. “Seems they were right. The entire library is no more.” Jones blinked. Seriously, was that the first thing Markov was going to say when someone died?

Jones knew Redford was no precisely loved by the people of Marchen. Not with his aloof and bitter attitude, but still...

Who was this man?

“Were you a relative, sir?” He asked, for the annoyance of his senior.

“...Yes. You could say so.” Markov just let it at that. No explanation or change in his expression. If Redford was truly a relative of the younger man, then he wasn’t feeling any sorrow about his death at all. “What happened with his body?” He asked, bluntly. And it was the question both policemen felt more uncomfortable answering.

Both of them exchanged a look, and then the sergeant nodded.

“...This way, sir.” Jones guided Markov to the back of the property. There, over a stretcher, was a body covered by a blanket.

“Is the body that damaged?” Asked Markov, his eyes fixed on it.

“...No. Actually, no. That’s the thing. See it for yourself, Mr. Markov.” Jones backed up so the man could get closer.

With no hesitation, he lifted the blanket... Revealing the intact body of the dead man.

Redford was a stout man with grey hair and more wrinkles than someone his age should have. But beyond his aged appearance, he didn’t look like someone that died in a fire.

Ignoring his pale skin; he didn’t look dead at all.

Even his expression. There was no sign of the fear of someone that dies on a fire. But the scowl of a bitter but prideful man.

“...He doesn’t have any burns, right?” Markov asked, already knowing the answer.

“No, he doesn’t...” Jones confirmed it. “We need to do the autopsy to understand what happened. But, in my opinion, I think his clothes somehow protected his body from the fire. Or maybe, because of the place he was, the fire just didn’t reach him... In both cases, it was probably the smoke that killed him.” Jones said with confidence.

“Maybe.” Markov said with disinterest. As if he already knew the truth and what Jones said were just nonsense. “Now, I wish to know, did any book survived to the fire?”

“Eh? No, sir.” Jones answered with confusion. “It’s just like you said before. All books burned to ashes.” For some weird reason, Markov seemed a bit riffled about that.

“And something else? Like a bag or a chest?”

“No belongings of Mr. Redford were recovered, sir.”

“That can’t be the case.” He hissed. “There was a particular book in Redford’s collection unlike any other. The cover red and without a tittle... That book’s worth is inestimable.” Jones sent a glance to his sergeant.

“Jones is right, Mr. Markov. Nothing survived the fire.” The sergeant intervened.

Markov’s expression darkened. And then Jones remembered a detail he hadn’t mentioned.

“...That’s not completely true.” He said, getting the attention of the agitated Markov. “We still don’t know where the kid went, sir.”

“Yes.” Jones answered, feeling uncomfortable about the other man’s stare. “An orphan kid he took under his wing two years ago... I can’t remember his name, but the kid was pretty much Redford’s errands boy. The old man rarely went out of his house since the kid started working for him.”

“And he is missing?” Markov asked, and Jones could see the gears in the young man’s head working.

“Yes, sir. The villagers saw him around the town while the library was burning. So he must be safe and sound somewhere... Though, some of them say that maybe the boy was the one to start the fire.”

“He asked for information, not gossips, Jones!” Said the sergeant.

“Sorry, sir!” He apologized and then noticed Markov's thoughtful expression. “Is something the matter, Mr. Markov?”

“...No. It’s nothing.” He shook his head. “Thank you for your help, gentlemen. I'll speak well of your actions today. Now if you’ll excuse me, I must leave.” He nodded at them and walked away.

He had someone to find.

A library was destroyed.
A life was lost.
A book dissapeared and a boy is missing.
...It starts, 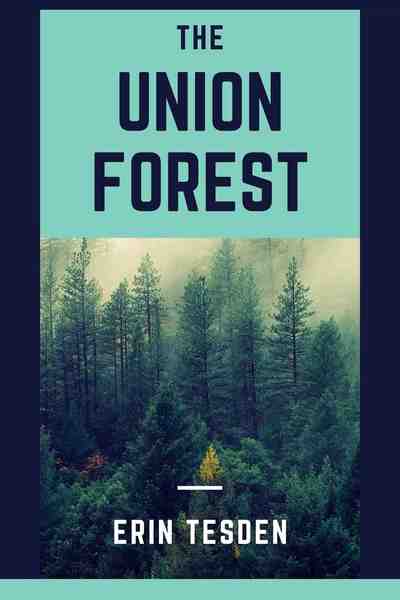 An introverted boy and a noisy girl with goals in common travel together through a forest full of mysteries, completely unaware of the dangers awaiting for them.
Subscribe 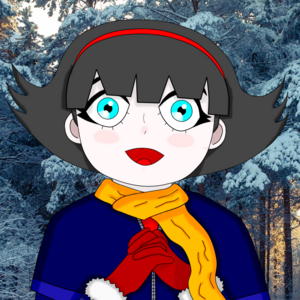