The Vampire and the Witch

"What are you going to do?" The bullies just laughed out while pushing me and beating me, 'why do I put up with it you ask?'.

Well, you see I'm a Witch, who lives in the 'normal' world I can't just cast spells to make them stop. If I show my true self to them who knows what will happen, they hate me enough as it is I really hate it here, 'why did we have to move here anyway?'.

Where I come from 'Adelaidia' is just amazing, we didn't have 'mortals' 'muggles' etc, to have to worry about. We could just get on with our day and not have to worry about being caught using magick etc because Adelaidia is the land where witches live. But something happened back home which drove my family and I out that's why I live in this world.

I ran into the nearest forest to escape those bullies, as I continued to run I saw this girl maybe about 16 she was walking with her head down to the ground. I ran up to her and asked if she was ok, as she looked up at me I could see she had been crying. I don't know what happened to her but I felt the need to give her a hug to comfort her, she soon returned the hug, I guess she could tell I needed it too. So we both just sat and talked and before we knew it it was getting dark before I even got the chance to ask her, her name she took off.

I had no time to try chasing after her, so I just rushed home. While eating dinner I couldn't stop thinking about that girl, 'who was she?' 'what was she doing in the forest?' I have no clue but I'm going to find out.

So the next day I walked around trying to find that girl, I walked past the forest to see if I could see her with no luck I turned my head to continue when I saw her from the corner of my eye, I blinked then she was gone "What the heck just happened?" I yelled out, everyone stopped what they were doing and just stared at me, I rolled my eyes and ran into the forest.

I hoped I would find that girl but to no avail, as quickly as she appeared she vanished. I see this old man walking so I call out to him and he stops and I ask him "have you seen a girl?, she's about 16, with jet black hair, and silver eyes" he says "Sorry young man I haven't seen or heard anyone in here" as he shrugs. I start to wonder if what I saw was my imagination, no one can appear and just disappear just like that, I mean it's impossible she's just a human.

I continued looking for that girl to no avail for 2 almost 3 weeks, I finally found her, she ironically goes to the same school as me. How have I not seen her before that day in the forest? it makes no sense at all.

I soon discover those bullies which have been bullying me are bullying her too, but she seems to get it worse than me. I go up to them and say "stop bullying her!" With my arms crossed and giving the death stare, they then say "One weirdo standing up for the other?" they say as they start laughing.

"Come on, we got more important stuff to do than waste our time on these freaks," the 'Leader' says, I go to speak to the girl and she's disappeared, again.

My mind goes back to when I first met this girl, she was the most stunning girl I've ever seen even though she had been crying she was still gorgeous. 'I wonder what she was crying about that day, it could have been those bullies but the direction she came from? I don't know'. The bell rings and I head to class, and she appears to be in the same class as me this is seriously so weird I met her just a few weeks ago and she's appearing in the most unexpected places, I go to sit next to her and someone else takes the seat.

So I take another seat instead, as class finishes I take the opportunity to talk to her "Hey" she repeats and says "hey" with a nervous smile on her face, "So I never got your name?" I say, "Oh it's, umm, Inka" she replies again all nervous, which I find adorable, "Inka? hmm, a beautiful name for a beautiful girl" I say giving her a wink, as she's rubbing her arm nervously.

I ask her "Would you like to go out on a date with me?", she replies "Oh umm sorry I can't, I umm, I have a boyfriend," I noticed she was really nervous as she was saying that and I could tell she was lying.

I decided I would let it go as she looked almost, 'scared?'.

I don't want to scare her off so I just left it alone, for now, I don't know why but I can never stop thinking about her. Why did she lie to me saying she has a bf if she doesn't?

How was she not in the forest as I was looking for her then she just appeared then disappeared just as quick as she appeared? I have no fucking idea why or how it's possible but she's incredible, she's really fucking amazing. I'm just over thinking it, it was just my imagination playing tricks on me. 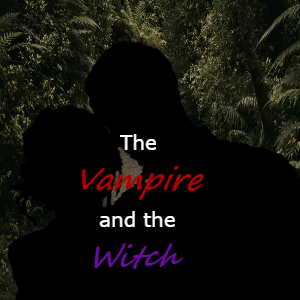 The Vampire and the Witch

Vampires and Witches are enemies for thousands of years. This Witch and Vampire meet, not knowing who the other really is and they fall inlove. What happens when they learn the truth? Will they kill their love or will love conquer all?
Subscribe 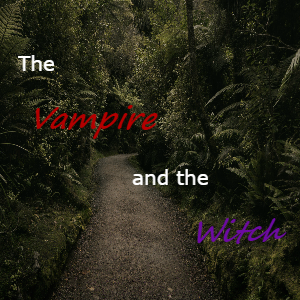