Vampires. Since the beginning of time, they’ve remained hidden while being hunted and persecuted. People feared their supernatural abilities such as running fast, unnatural strength, and never gaining a single wrinkle.

Most of the rumors about vampires were false. Garlic and holy water couldn’t hurt them; the former was made up by authors and the latter gave humans a false sense of hope. They could walk during the daytime but the chances of being killed by human mobs were more likely. Thus, they hunted at night, bringing forth the belief that vampires perished under the sun. Silver, fire, and stabbing their hearts were their weaknesses.

Eventually, as civilization became more modern, their existence was lost into myths.

Then, the prophesied apocalypse began. Most vampires, the ones who couldn’t secretly transition into human society, took that opportunity to kill everything left and right. Militaries failed. Governments fell. The human’s demise was set in stone when, rather than fighting together as a species, each nation fought alone to protect their imaginary country borders. It was so trivial to the surviving people, those who lived like wild animals in nature and city ruins. Literally, how stupid of their ancestors.

It's now been 150 years on the dot since they rose and conquered. After the downfall of the humans, it became their turn to hide and tremble in the dark, hoping they weren’t next to be captured. Becoming a blood slave would be their fate, otherwise.

You see, vampires weren't sparkly or merciful beings. They were all sadistic and selfish. If someone was caught, they weren't seen again. In fact, you should assume they were as good as dead unless you were an alpha or at least a nice-looking beta. If an unfortunate human was a plain ol' beta, they were sold like livestock to the slaughterhouse. They became blood slaves to lower-class vampires. Most would rather die than accept that destiny.

Human alphas and omegas were already rare long before the war. Betas, the normal ones who couldn’t detect pheromones, made up 80% of the population, while 15% were alphas, the preferred gender above the others. Can you guess the remaining 5%? Omegas weren't considered to be the apple of a parent's eye. Even more, only 1% of omegas were male. Supposedly, they were the bottom of the barrel at the time.

If an alpha and omega had the genes, they could transition into a werewolf, but that ability was bred out decades before the war. No one had use for humans who could change into a wolf in the present time. How ironic, because a wolf with big teeth probably would’ve been a useful defense against the bloodsuckers.

Things have changed. When the human population declined every year from mass cullings, so did the number of alphas and omegas. They became a rare treasure highly sought out by vampiric high society. The rumors say, since vampires can't have children with humans, they had a breeding program for the two genders to produce pups in captivity.

And the omega became the crème de la crème. Their rarity got to the point where owning one of these endangered genders was reserved for royalty. Vampires became desperate for an omega. The king hated to admit it, but the program technically failed since an omega was never produced – just alphas and betas.

It's common knowledge that an omega hasn't been born in years. According to the few humans who escaped from the vampire's clutches, the last omega to be born was 43 years ago.

Just the thought that there could be an omega out there was a hunting game for those bloodsuckers. Rounding them up was easy to do since many humans have lost their will to fight. Well, their searches weren’t entirely pointless, because there was an omega out there, hiding within the cold, wet caves of what used to be Mammoth Cave National Park in Kentucky. 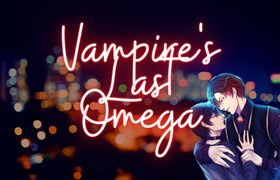 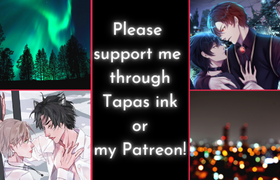 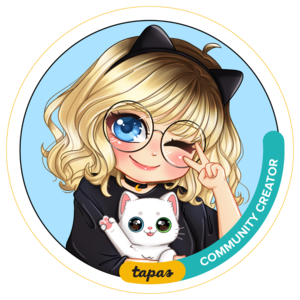 Wow, the start of my second novel! It will be separated into three parts.

Illustration by the amazing Hodge. 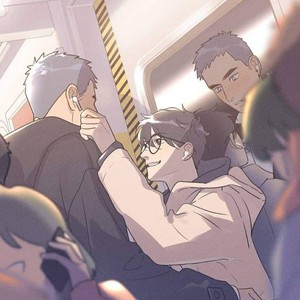 cool, a new novel that i can add to my subscribed list :D 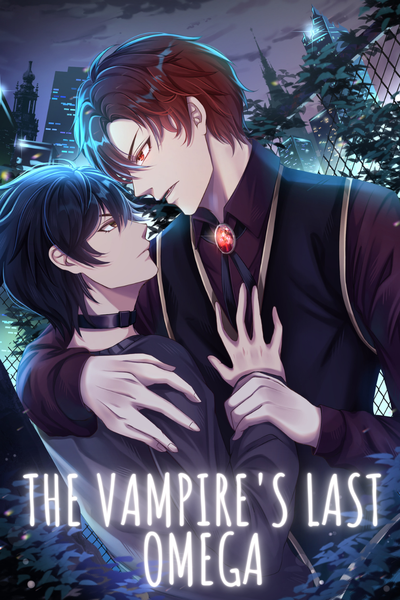 It’s been 150 years since vampires emerged from the shadows to take over as the dominant species. The immortal royal family declared themselves as rulers and for all humans to be captured. Since then, humans were reduced to either blood slaves, servants, or lowly animals that tried their best to survive in the wild.

Teru was terrified of becoming a blood slave. He was the last human omega to appear in decades. His gender would certainly garner the vampires’ attention.

Teru’s fear came true when he and his other pack members were caught by human traffickers.

His scent immediately captivated the eldest alpha prince of the royal family, Kieran. He craved to taste the omega’s blood, something he hadn’t felt in centuries since his ‘incident,’ leaving him unable to drink without becoming violently ill.

Once Teru became Prince Kieran’s property after bidding on him at an auction, the human omega had a choice - will he try to return to his pack or give everything up for a forbidden love?

Warning: This OMEGAVERSE contains mature content. Please read at your own discretion. 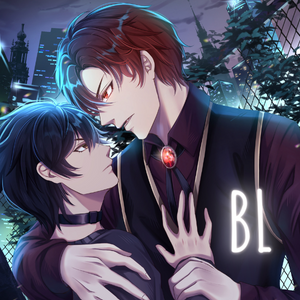