The fall leaves tumbled down from the trees that lined the long winding road. Justin didn’t know where he was going, but he knew he needed a change of pace. He hadn’t been able to write anything worthy of being published in a while and hoped that a change of scenery and quiet would help him. He had driven until his gas tank was near empty so he pulled off the highway towards what appeared to be a small town. An old wooden sign engraved with the words Town of Dark Water hung entangled in a wild overgrowth of vines, appearing to be forgotten, at the edge of the town just before the gas station on the town’s one road.

The tall young man crawled out of his old car and stretched. He looked around and walked to what appeared to be a pub. He noticed that he had caught the attention of not one, but all of the nearby townspeople. He wondered if his appearance was that terrible as he rubbed his unshaven face and ruffled his messy hair atop his head. Then he let out a chuckle and opened the door to the pub.

He coughed as he was hit with a cloud of smoke. He headed to the bar and looked at the rather busy woman that was filling drinks. She gave him a side glance as she delivered the heaping frosty mugs of beer to a nearby table. When she returned she paused and stared at him for a minute before asking him if she could help him. He swallowed feeling rather awkward and asked if they had coffee. She nodded and asked if she could get him anything else. He asked if she knew of anywhere that he could rent for a month or two. She gave him a strange look and said, "We don't get many visitors, so we don't have places for people to rent."

The man explained that he was a writer, and he was looking for a place close to the ocean where he could be alone and write. She told the man to wait as she went to the kitchen and came back with an elderly man in an apron. “This is Todd, he might have a place that you can stay but we will have to get permission from our town leader.”

The woman left the two to talk about the house that turned out to be Todd's late brother's home. When she returned she set his coffee down in a to-go cup. Justin asked how he could get permission from their town leader as he stood up.

“Go across the street to the brick building and you will find Mr. Agraman's office. He is our town leader. Let him know why you are here, and that Todd will let you stay in Jasper's old house. If he agrees, come back over here and I will let Todd take you there.”

He left the pub with his steamy cup of coffee and headed to the brick building across the road. Inside a woman with curly hair and large eyes met his gaze. She smiled and asked how she could help him. He asked if he could speak with Mr. Agraman and she told him to have a seat while she checked. Mr. Agraman stepped out of his office with his secretary in tow. He was a large man who seemed a bit intimidating as he looked at Justin with his cold eyes.

The visitor stood and reached his shaking hand out to introduce himself. He stuttered out, "Hello , my name is Justin Northwood.".

Mr. Agraman reached his rough and calloused hand out to shake and said, “It's nice to meet you. How can I help you?”

Justin tried to relax and said, “Yes Sir… I wanted to see if I could get permission to stay in your town for a month or so. I am a writer who is looking for a place of seclusion close to the ocean. I have spoken to Todd the cook at the pub across the road and he said I can stay in his late brother's home.”

Mr. Agraman placed his hand on his chin and rubbed his well groomed beard while staring at the pub. An uncomfortable silence passed before he said “Our little town doesn’t get visitors, so people may not be very sociable. But I don’t see what it can hurt. I have several rules if you are to stay in our town. Stay on the beachfront closest to the house you will be staying at. Do not trespass on other people's property or interfere with our business. Also, you are to stay home the entire day and night of November 18th. We have a celebration planned for that day and night and our town tends to get a little wild. I would prefer to not have to worry about your safety.”

Justin laughed and said, “Oh, that won’t be a problem sir. Like I said, I just want to be left alone to write. I of course will have to visit a store every now and then for supplies, but nothing more than that I’m sure.”

Mr. Agraman rubbed his forehead and said, “If you need anything or have any problems just contact my office”.

Mr. Agraman looked at the woman at the front desk and asked her to give Justin his number, then looked back at Justin and said, “It was nice to meet you Mr. Northwood. Have a good day!”

Mr. Agraman’s secretary handed Justin a card with Mr. Agraman’s number and smiled at him. He left the building and headed back to the pub where he saw Todd leaning up against the wall. He was smoking a cigarette and his apron was rolled up under his arm. Justin waved at Todd as he threw his cigarette down on the ground. Justin felt a rush of air and heard laughing, as he turned just in time to catch a little girl running into him. He laughed, his hands gently placed on her upper arms. “Are you ok?”

She looked up laughing until she saw the stranger in front of her.

She turned pale as a ghost, turned around and ran to her brother. The boy had an equally pale face as he stared Justin down. Todd pushed off the building and yelled at the kids to watch where they're going. They both took off running away from the pub. Justin stood confused as he watched the two kids run away.

Todd walked up to Justin and said, “Bothersome kids, pay no attention to them! Now let’s go get you settled in.”

The town is already giving off a creepy vibe. 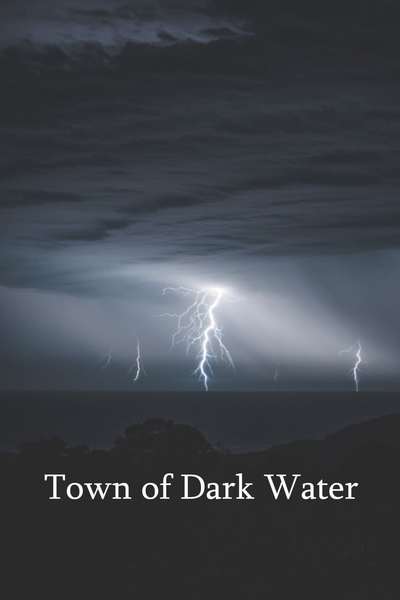 *This is a short story that will be posted in four parts.*

A writer stumbles upon a strange and secluded town. The town of Dark Water seems the perfect place for a writer suffering from writer's block....or is it? What secrets are hiding in this town and will he make it out alive? 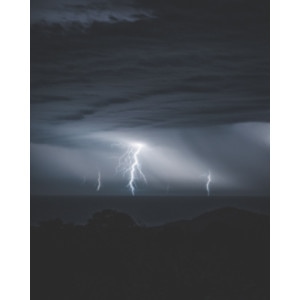