My arm slipping off the desk jolted me awake. Groggily, I turned my gaze towards the window, satisfied at the still yellow beams of light making their way through the white silk net curtains. Turning my attention to the clock on the brown birch desk in front of me, I was relieved that only thirty minutes had passed since I had inadvertently dozed off. Any more and I wouldn’t have been able to finish my study quota for the day. And with Magiharu; our kingdom’s magic academy entrance examination coming up, that was not a luxury my twenty-year-old self could afford to take.

It was still early February, which meant winter was still having its way with the residents of the Korean province, although it had finally stopped snowing last week, much to everyone’s relief. Still, I was more concerned for my parents than for myself. After all, I was a flame elemental, so the cold didn’t really affect me as much as my non-affinate parents. ‘Tsk… non-affinate,’ I said out loud to myself with an air of disgust directed mostly at my own subconscious. I’d always hated that term since I was young, but it had been almost fifteen years since the Aurora Magilis, and it had become commonplace to use it. That and the fact that this would for sure be on the written exam.

I may not have had as much talent in magic as some of the other candidates; being an E-ranked flame elemental at my age wasn’t exactly exceptional; but at least I knew I was smarter than the average mage. Looking around my dad’s exceptional study room, lined with bookshelves of the same burgundy color as the immaculate floor boards, I suddenly felt grateful he let me spend hours in here studying for the entrance examination. Although non-affinate mages could hardly afford a luxurious house like this nowadays, my dad was a tenured Professor of History at Jisik Institute, Seoul’s top university for those wishing to pursue the non-magical career path; the house being one of the perks of the job. Turning my attention back to the large leather-bound book in front of me, I re-read the title. Cum Aurora Mundi Magilis. Which apparently was Latin for The Dawn of the World since the Aurora Magilis. Letting out a small sigh, I went back to reading.

Although the contents of this book were already ingrained into every student through an almost uniform school curriculum across the Kingdom of Haneul, the written portion of Magiharu was infamous for going into excruciating detail about this planet’s recent history. Although it had only been fifteen years since the Aurora Magilis appeared, there was a lot to cover, so I started to mentally summarize what I already knew.

Fifteen years ago, a planet-wide phenomenon had occurred, wiping out approximately 85% of the world’s population in a single day. Later coined the Aurora Magilis, that day, across the world, for a still undetermined reason, a purple, almost crystalline aurora filled the sky, all the way from the Eastern coast of former Japan to the Western coast of the former United States. Although breathtakingly beautiful, we were given little time to enjoy the scenery amidst the ubiquitous screams of every single human being on the planet.

With a single stabbing pain in the chest, most of the world’s population, young and old, breathed their last within minutes of the aurora appearing, under the strain of the transformation their bodies could not handle. Those that could however, not only survived, but were reborn, at once cognizant of the newly formed neural network in their bodies and aware of the now visible particles of shimmering white all around them; later coined mana channels and mana, respectively. The population of the world was reduced to one billion people in a single day. But those that survived, were now mages, capable of not only sensing mana, the living essence of the world around us, but also being able to mold, shape and control it through their mana channels to perform miracles never before thought imaginable, albeit to varying degrees.

I was too lazy to mentally summarize everything that had occurred in the past fifteen years in one afternoon, but I knew what was important. That is, the fact that I was now living in a world which was vastly different than that of my parents and grandparents. Through the various events that had occurred since the Aurora Magilis, the world now comprised of ten kingdoms, ruled by the strongest mages in the world, the thirteen kings. The strongest of these kingdoms was the Kingdom of Haneul (lit. the kingdom of the sky), of which the Korean province (formerly the country of South Korea) was a part of. This was also where I had spent my entire life, growing up on the outskirts of the capital city of this province, Seoul.

Although there were a lot of important questions about our kingdom that I knew would be on the test, I suspected I already knew what the most important one would be about. Our trump card. That is, the pride we took in being the most advanced civilization this world had ever known, guiding the rest of the world through our prowess in magitech, the integration of mana into scientific technology to produce advances greater than the two fields could produce individually. And of course, more importantly, about the mage who had made this ascent possible through the creation of this kingdom. The most powerful man in the world and our monarch. The Silver King.

A sudden knock on the door jolted me out of my thoughts. Before I could respond, I saw the door behind me opening as my mother’s frame came into view. ‘Why bother knocking if you’re just going to come in,’ I teased. From her white knee-length dress and the small pearl earrings that contrasted well with her jet-black hair, I gathered that my mother had just returned home from meeting with her friends at the Ashford Country Club. ‘Oh, hush now, I made you some hot chocolate so you can keep your energy level up!’ she retorted playfully. As she placed the white porcelain cup on the desk in front of me, I could tell by the permanent smile on her face that her lunch with the elite ladies of our capital city had gone well. I let out a small sigh of relief at my deduction.

My parents were both non-affinates, meaning that like a majority of the world’s current population, although they had developed mana channels, they had little affinity for perceiving, channeling or controlling the mana around them. Although fifteen years had passed since the Aurora Magilis, it was still anybody’s guess why some people had a greater affinity for mana, and hence magic, than others. While non-affinates could cast a few minor spells, they were placed in the lowest rank of mages, i.e. F-rank, meaning they were effectively treated as non-mages. Still, thanks to my father’s position as one of the world’s foremost authorities in non-magical History, and my mother’s past as an Olympic athlete (back when we still had the Olympics), our family was able to mostly avoid the overt favoritism of affinates over non-affinates in this world’s new society.

While my nature as a flame elemental meant that I had the potential to develop into higher stages over time, getting into the elite magical academies of the world was an impossibility at this point with my E-rank status, and my parents’ background. Even getting into one of Seoul’s top three magic academies would be a stretch. I suspected that was the reason for my mother’s increasingly frequent lunches with the ladies at Ashford Country Club. As everyone who was anyone in this circle knew, the director of the social venue was also the wife of the Chancellor of Ashford Academy, one of Seoul’s top three magic schools.

‘Thanks mom!’ I said with a knowing smile after my brief internal monologue.

‘What are mothers for?’ she said with a small laugh before reminding me to leave for my training at the dojo in an hour.

‘Oh noo, I almost forgot about that!’ I exclaimed as I inhaled the hot chocolate before returning to my book.

With Magiharu coming up, I couldn’t afford to skip training sessions at the martial arts dojo I attended on weekends. Although traditional martial arts had declined in popularity in favor of an over-reliance on magical prowess, my training at the dojo could prove useful in the practical stage of Magiharu, where we had to spar with other candidates to assess our aptitude towards becoming a battle mage. And because there were rumors that this year’s candidates would include the highest number of D-rank and even C-rank mages taking the examination, I really needed all the advantages I could get with my meager E-rank status.

I knew I shouldn’t get lost in my thoughts again due to a lack of time, but this world’s ranking system for mages really irked me. While the ranking for a mage ranged from the lowest F-rank to the highest S-rank, out of the world’s one billion people, there were only one thousand S-ranked mages, making them effectively a natural anomaly capable of single handedly taking down battalions of perhaps hundreds of A-rankers. And that was saying something considering even A-ranked mages were extremely rare, numbering around only one hundred thousand; making them a mere 0.01% of the world population.

If I remembered correctly, after the last population census a year ago, B-ranked mages comprised 0.05% of the world population, and C-ranked and D-ranked mages 0.1% and 0.9% respectively. E-ranked mages such as myself comprised around 10% of the world’s population, leaving the rest of the nine hundred million people as F-ranked non-affinates. Although the Kingdom of Haneul had gone to great lengths to eliminate any kind of discrimination non-affinates might face in our new society, even in our kingdom things were far from perfect. I could only imagine what the rest of the world was like; secretly relieved that my parents came from a well-respected background before magic had entered our lives.

‘Darn it!’ I cursed, looking at the glowing symbols on my WristNAV, indicating the time. Getting up from my dad’s comfortable study chair, I gave myself time for one last stretch to relieve the fatigue in my muscles from sitting down for so long.

‘Mom, I’m leaving’ I shouted, running out of the main entrance of the house onto the street ahead. Even at my top speed it would take me ten minutes to reach the dojo, and I had only five minutes left. ‘Guess I better start running,’ I spoke to myself, while placing my body in a sprinting position. Before heading off though, I gave myself a brief second to glance at the curtains drawn against the window of my sister’s room. Letting out a small sigh, I was off. 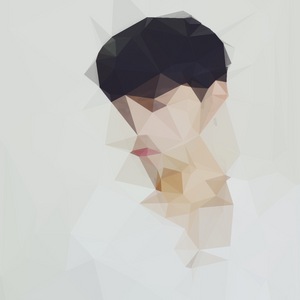 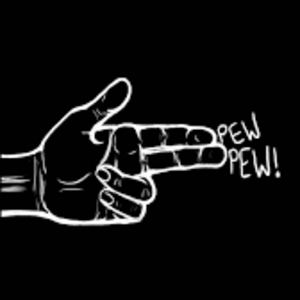 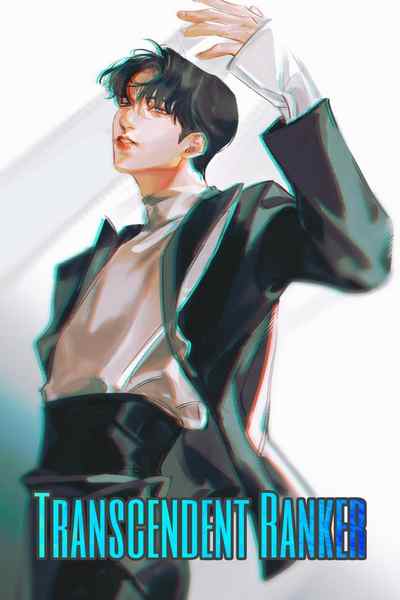 Fifteen years ago, the modern world changed completely after the appearance of the Aurora Magilis; a calamity-class phenomenon which wiped out most of the world's population. Those that survived however, found that their bodies had been altered, now capable of sensing, absorbing, and processing mana, the life energy of the natural world, to produce supernatural effects; in other words, magic.

In this fantastical new world of mages and kings, this is the story of Park Minjun; an almost ordinary twenty-year old low-rank fire elemental, as he discovers the profoundly extraordinary destiny the wheels of fate have in store for him on his magical journey.

Welcome to the humble beginning of the legend of the strongest ranker; the transcendent ranker! 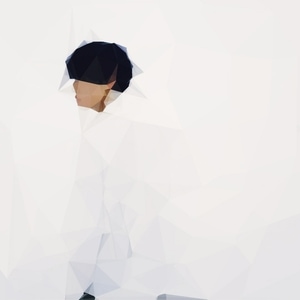