Transmigration of a Damsel in Distress

"Put the knife down, darling," he spoke with a curt tone, golden eyes flashing dangerously. Her eyes never left his, nor did the knife leave her hands. "Put it down."

"Who are you?" She demanded, positioning the blade over his collarbone. He flinched and raised his hands further into the air. "Where am I?"

"Put down the knife," he commanded, albeit in a calmer tone. "Please. And then I can explain."

She pursed her lips and carefully withdrew, giving him room to breathe. He let out a sigh and rubbed his neck, pouting.

"Talk," she interrupted, fixing him with a scowl. "What the hell is going on here?"

The man gestured to the other end of her bed. "Mind if I sit?"

She glowered. "You can stand."

"Fine," he snapped and readjusted his collar. "My love, you've been asleep for nearly a year now. You've been in ill health since childhood, of course, but I never imagined it would become so dire..." He trailed off, voice tightening, "...moments ago, I saw you die. But suddenly, you're back and with..." He glanced at the weapon, "...with spirit."

"That's ridiculous," she scoffed. "I don't know who you are or why you've taken me, but you won't get away with this." Warily, she climbed out of bed, knife still in hand. She watched him carefully as she made for the door. "Don't try to follow me, or you'll regret it."

"Don't. Follow. Me," she repeated, unlocking the doors and pushing through. On the other side was a couple of guards, blades drawn, and a trio of maids cowering behind them. Swiftly, she was surrounded and defanged, her weapon thrown carelessly to the side. The man approached her, a smug grin hiding behind his withering grimace.

She punched him in the stomach and then dove behind him, desperate to run away. Panic crawled into her throat as the guards yelled for her to stop and ran after her. Their boots made a thunderous echo through the halls.

"Help!" She screamed. "Somebody help me, please!"

Her body gave out on her and she collapsed, close to tears. Firm hands grabbed her arms as she thrashed about, trying to shake them off. They dragged her back into the room and threw her on the bed, then swiftly blocked the door. The man was still doubled over, clutching his stomach and leaning against a wall. Serves him right, she sniffed, although her brief victory turned into panic as she realized her situation.

"Lady Kione," one of the guards huffed. "You really shouldn't be running, considering the state that you're in. Please rest here until your father arrives."

The other guard hid his chuckle behind a cough as one of the maids approached the injured man, who groaned loudly. "Dammit! Ungrateful cow!"

Kione spotted the knife mere inches from him. She wondered for a moment if she could get it back, if only to feel safer. Her hopes were dashed, however, when a maid followed her gaze and quickly picked it up and handed it back to the man. He shot Kione a seething glare, then put it back in his hip's sheath. She stared back with equal hostility.

"Prince Theodore, would you like us to assist you to the infirmary?" One of the maids asked, hesitantly. He snarled and snapped back, "Of course, you idiot!" The three maids huddled around him and awkwardly hoisted him up as they shuffled to the door. Kione showed him her favorite finger as he left.

"My lady," one of the guards snickered. "While I suppose the royal family will be courteous to you, considering your position and your miraculous recovery, I would advise you to restrain yourself. Such actions will not be tolerated again."

Kione flushed and found herself crossing her arms like a pouty toddler. While those words were spoken almost in jest, she could feel the ominous weight behind them. She nodded, and the awkward silence resumed. She shifted in her blankets, trying to get comfortable, but all of her body ached. It seemed that the adrenaline had worn off by now. She kept one eye on the guards at all times, but the other really wanted to fall back asleep. She almost considered doing so when the doors flew open for a second time.

"Announcing the Duke and Duchess of Darlington!" An older couple arrived, weighed down by fine silks and jewels. The woman had tears in her already puffy eyes and warm smile on her face. The man looked worn out and deathly pale, as though he hadn't slept in months. Kione was immediately swarmed and given a faceful of bosom from the woman. She tried not to squirm against the painfully tight hug.

"Dear, you're suffocating her," the man drawled, but with a relieved smile on his face. The woman pulled away, but kept a warm hand on Kione's shoulder.

"She's alive, Derrick!" The woman choked. She pulled out a dainty handkerchief and let out a startling sob. "Our baby is alive!"

Kione could see tears welling up in the man's eyes. She couldn't help but feel awkward as they embraced each other. She cleared her throat, all eyes on her. "Pardon...um, but...who are you?"

The woman collapsed, barely being caught by the man. He looked at her, obviously in shock, and stuttered, "Y-You don't...? Kione, I'm your father. This is your stepmother..." He gestured to the unconscious woman. Kione shrugged. He turned to the guards, "…Oh, for the gods' sake, call the physician! Call her here right now!"

The guards scrambled out of the room, leaving Kione alone with her...parents? She almost felt like crying, herself. She had no memory of these people, of this place. The last thing she remembered was being late for work and accidentally getting on the wrong subway. She'd gotten off as soon as she could and made it outside to look for a taxi, but...her head hurt trying to think about it. Sudden realization flooded her senses.

"Truck-kun!" She yelped. The Duke closed his eyes and kneaded his forehead. She blushed with embarrassment. She'd only ever read about such things, but she didn't think it was possible. Of course, it had always been her dream to be whisked away from her harsh reality, but she'd never imagined that anything like this would occur. She looked at her parents, dressed in their finery, then at the room, which was so garrulously opulent that she wondered why she hadn't noticed it before. She pinched herself, once, then twice, and slapped her face. Although the world began to spin a little, nothing changed.

From her peripheral, she saw a portly old lady waddle into the room, toting an assortment of vials and tonics. Behind her, the guards were saddled with a number of strange contraptions. Kione shuddered to think what they were for. The Duke gently rested his wife on a chair and approached the woman, squaring his shoulders. "Thank heavens you're here. She's begun speaking nonsense."

"Let me have a look at her," the old woman made her way over with surprising speed. She set her vials down at the foot of the bed and began inspecting Kione closely, the sharp scent of peppermint on her breath. "Strange. Her eyes are a different color. Are you sure this is the same girl?"

"It couldn't be another," one of the guards piped up. "We were standing guard outside the room when the prince came to say his last goodbyes."

"Hmph. Well, just in case," she lifted one of Kione's arms and pulled up the sleeve. An unfamiliar scar greeted her, a jagged white line at the crook of her elbow. Kione felt the color drain out of her face.

One of the guards obliged. She held the small mirror to her face, then nearly dropped it in shock. The room seemed to spin. She touched her cheek, her nose, her forehead. Everyone looked at her, anticipating her next move. She set the mirror down and mumbled, "I'm actually quite pretty. What good luck."

The old woman snorted. Kione wrinkled her nose and scowled.

"All seems to be well," the physician remarked. "Except for her eyes and her noggin, of course. It seems that coming back from the dead has wiped her slate clean." She turned to the Duke, who stiffened under her gaze. "Keep an eye on her for the time being. No strenuous activities or stressful visitors. Have her eat plain foods and take this with every meal for the next month." She handed him a colorful vial of powder. "Only a pinch in her tea. Any more will do more harm than good."

To Kione, she said, "Try not to cause any more trouble, dear. Your pretty face can't get you out of everything."

Kione turned bright red. She grimaced as the physician cackled, picked up her things, and left, the guards close behind. The Duke turned over the strange vial in his hand, contemplating. The Duchess finally stirred, still overcome with worry.

"What do we do?" The Duchess pleaded, her voice hardly a whisper. The Duke held her close and gave one last heartbreaking look at Kione. He sighed and helped her to the door. Kione pursed her lips and sat back in her bed, hanging onto his every word.

Put the knife down, Kione! 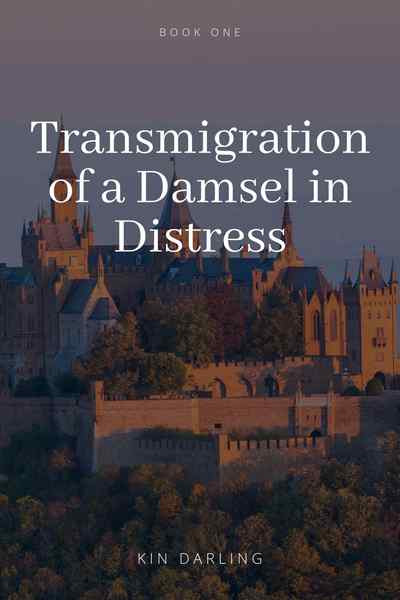 Transmigration of a Damsel in Distress

Moments after Kione draws her final breath, she finds herself thrust into an unfamiliar world of magic and manipulation, a key player in a game of political intrigue and power. Too bad for them, however, because Kione has a second chance and a mind of her own, and she isn't wasting it on playing the damsel in distress.
Subscribe 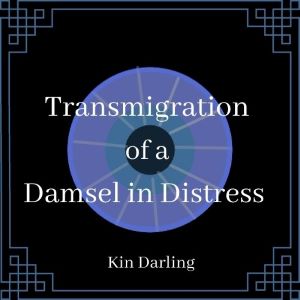