"You have 1 new voice message. To listen to your messages press or say 1".

As he left the towering skyscraper, he played the message. It distracted him well. It was Galena and she sounded as broken as he felt. Reassuring.

"You've been gone for a thousand years and I think I'm dying over and over. The rooms are so empty and the noise from outside...it's really getting to me. I'm hungry but digestion...it makes me sick. The clouds keep reflecting back what everyone's projecting...and it's madness." He heard her take a long inhale, followed by a longer exhale, while devices beeped away in the distance.

"I went to the shop just now. I was so happy when I made it to the till but," she sighed, "I got an attack. It was hard trying to make a transaction with what looked to me like a fucking monster. You know how it is. All of her problems poured out of her and her demons licked at her - oh - You've been gone for a million years." Another long pause.

"I need you to tell me it's fine that it's not okay. I know it's not okay. I know you know it too. We always knew it and saw it growing out of reality like cancer... I miss quiet.... I've tidied everything up. I'll eat if I can make you something...and the lights! They're so brightly coloured and dim, like before. We can drown out the sound from outside. The plants are swaying in front of the humidifier. You've been gone for so long. I think I've died a thousand times. Please come back."

"End of message. To listen to your messages ag-".

He looked up, plummeting back to reality. The reassurance of hearing her voice was cast into oblivion by the plasto-electric nightmare that was the city.

Eyes sideways. He walked as fast as he could. Too fast would garner too much attention - but he really wanted to get out of there and back to Galena. The inscrutable sounds of hypnotised consumers, window shoppers and a million angry machines copulated in every direction. This was techno-sodom and its sin was electricity. Mechanical liveliness, superficial stimulation writhing in excess and primitive entitlement was the matter. There was no more silence, no chirp and no rustle. Mechanical grunts and sighs were amplified by the smell of humans with their piercingly contrived fragrances. Combustions arid vapours potentiated the new atmosphere. This is the old home in ruins. Birds are dead and nothing is green.

Radiation bounced off of every corner. He sensed the tentacles of corporate electronics and its byproducts caressing and destroying reality as it flowed outwards in every direction. Human emotions were as malevolent as the radiation. Behind every face is a story - a culmination of negative synaptic choices built over time, nostalgia and base urges cascading into confusion and loss. Fleeting glimpses of positivity surged through them, balancing their emotions as they rushed back and forth between extremes.

Someone passed him. Too close for comfort. The buzz of electronic music blasted from the plastic held in their ears. They pressed them into position. Audio fidelity seemed to be a priority for the mechanised consumer. Rubber held the chosen plastics in place and different audible frequencies pulsed. A pedestrian distracted. An ego reinforced. A personality, punctuated by the iconography, the colours of the plastics, the kinds of sounds emanating from them and the walk and pose that would result from all of these things working together. The rhythm from these tiny devices blended seamlessly with the rhythms blasting out of the stores.

His internal focus was broken.

Waves of radiation were emitting from coats, pockets, bags and beneath hoods. His own personal radiation device leaked it's invisible acid through his pocket and around the skin of his leg. Unnatural.

Screens displayed videos of impossibly beautiful humans with impeccable expressions. They were ordained in items for purchase. The videos played at a very peculiar frequency - they seemed to cause fluctuations in the fabric of reality that surrounded them, thumping light into the air in a hypnotically attractive way. It was like an optical illusion - painful to look at but hard to look away from. A miniature synthetic supernova, sponsored by corporations, designed to encourage the consumer they needed something that they did not.

Eyes forward. A female human lost in the blur of early adulthood. This human talked to the plastic in its ears, laughing as it performed a walk that proclaimed it had somewhere to be. Her beauty was plastered in residues of her choosing. On closer inspection, it seemed that in another life, she would be considered a clown...or even a shaman. She was definitely no shaman. Her throat belched laughter into the air, turning the heads of the other participants in close proximity. Her face held a saddeningly manufactured pout. With her mouth agape and her manufactured gait she got closer. Ungraceful.

As his stare lingered, her face and intentionally emphasised curves became increasingly ogre-like. He looked around. She was dressed in the same clothes as others in the blur. All Beautiful. All unappealing. All intimidating, posing by accident. So far away. For a second, his pupils widened like that of a lizard. He quickly overcame his lower human urges. The impulse to conquer and maintain a relationship died last year, when the nuclear winds started. Right now he was focused on traversing the radiation and getting back to Galena, the only other person on the planet, as far as he was concerned. Eyes sideways.

The automatic doors slid open like the mouth of a defeated beast, yawning in agony. Markings of hazards and text told him to watch his step. He watched all of his steps.

The air outside felt cold and the sky proclaimed its burdens with its miserable hues. The glimmers of orange and pink breaking up the clouds filled him with warmth as he pictured life above the clouds. He slipped through the maze of mechanical carts of different colours and shapes till he reached his own. The industrial sounds of doors and locks ushered him into his seat.

As his door shut behind him, he sighed a sigh of relief - the sound was subdued in here. He felt safe. The key slid into the lock beneath the manoeuvring device. Lights and sounds emanated from the plastics and metals around him. Mechanical vibrations of readiness surged through the vehicle. As he pressed the pedals and moved the levers, his pocket screamed its binary scream. It won't be Galena.

The relief of silence, dismantled by as little as twenty four binary digits.

A message from a participant.

Horrified of the inevitable message or messages that would follow, he held his breath and started driving, hoping to avoid whatever observations, insecurities or commands were being proclaimed. He knew he'd have to read the next one or three, and then think of something to say in return. He knew it would ultimately be joyless. He hated the effect of technology on communication. Every thought, now transmitted and entitled to a response that would be judged on speed, reassurance and agreeability. An eighteen-hundred megahertz binary grapple.

The vibrations stopped. Maybe they realised he was driving. More than likely, it was passive aggression which would result in a conversation about the lack of reciprocated friendship, forcing him to stare and tap at screens for the rest of the evening, until his eyes melted from their sockets. A new kind of friendship. An unnatural poison. A monster kept alive by the transmission of binary codes at any time from anywhere and without cost. A relationship respirator keeping the host alive while all the other major organs died, one after the other. He'd be with Galena soon. He threw his phone aside and resumed his journey, quivering with the fear of being released by isolations comforting embrace.

His spirit waned in the face of technology. He wondered if nature existed and if he would ever be able to see it. Not in a zoo, where animals droop in sorrow. Not represented in pictures while an aged and privileged man talked with care and love about what makes them more special than they already are. Did it exist in reality? Whose reality did it exist in?

He corrected his thoughts. Of course nature exists. Stop being so negative. Save your money. Go on a trip. Nature exists. His stresses dissipated as he realised the sky was turning an unnatural colour. Thinking nothing of it he drove on.

No other cars on the road. Interesting. The buildings on either side of the road moved farther away, outwards as if the car was getting smaller. Worry. His heart started beating with the irregularity and uncertainty of someone on the verge. He eased off the accelerator to slow down. Before he could apply logic to what was happening around him, bolts of electricity caressed the sides of the car. The speed increased. He gripped the wheel tightly. Maybe he had crashed and this was some sort of afterlife initiation. 90, 110, 130. He was being pushed back in his seat. His eyes caught the mouth of a mighty beast that opened on the road before him. It swallowed him and his car, whole. 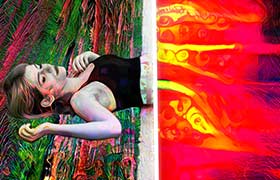 He wants to go home to Galena but the veil is lifted and he suddenly sees the other dimension. 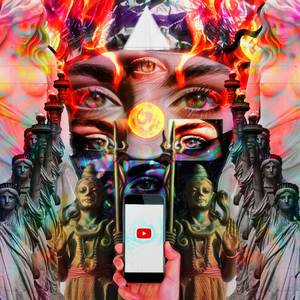 How do we traverse the radiation that surrounds us? Why, we consume more radiation, of course! Let me radiate you.
Subscribe 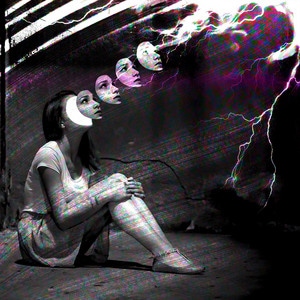