Cold. Prickling. It's better than hot mornings where I feel like the sun's actually eating my skin off. God.

Iridescent lights waltz before him.

Before him stood a silhouette of a girl... No, not a girl, a hybrid, maybe, but last time I heard hybrids don't usually wander around this area, I'm lucky. He assumed so despite the cat ears this figure had. Its arms are on the fence, and next thing you know its feet were on the fence and oh god are they gonna jump, they're gonna fucking jump-

The wind blows their brown strands of hair, picking it up like its some light orange leaf on fall.

Kiko finds himself stepping forward, hand reaching over to stranger,

It's not a request, but a plea.

Stranger looks back at him, and now he sees this stranger's got brown eyes and brown hair and pale skin with two lil stubs on their upper lip. Round, golden glasses, necklace 'round their neck and damn does it seem so tight because it looks like they're going to choke. Cat ears twitch in curiosity, face stoic but confused.

He can't tell if it's rhetorical or serious.

" I can't just stand here and watch you jump off, you know. " He responds, visibly shaking. Wait, visibly shaking? Why? Why should I care? I don't know who this person is!  "  Corny as this may sound, but it'll get better. I promise. Please don't jump. "

The stranger merely cants its head, eyes moving from his gaze to somewhere else. It rotates, facing the lights again and here Kiko can see how painfully thin they were despite their skin hugging their bones too tight, too tight because he was sure that he could already see their spine.

" If I were to be shot by someone by the moment you walked in, " They began, voice chill like a winter breeze that'd send tremors to your bones. He didn't know what or why, but there was something, just something about this person that made him borderline terrified. " Would you be able to stop it? "

What a dumb question, Kiko thinks, but he feels like he's obliged to respond anyway because maybe if he left them hanging they'd just jump and that's the last thing he'd want to see. " I mean... Maybe. Yes. Sorta.  I'd try to fight them, yeah, but if it's already happening, guess I have no power to stop it, right? "

" Yes. " He hates seconding to this. Hates that in this situation, he's powerless and dammit does he hate being powerless. " ...Unfortunately. "

And that smile really says a lot.

Because before you know it they're grabbing a gun beneath their shorts and shooting the cold, stone wall just beside the metal door Kiko's standing before. The bullet buries itself beneath these grey crumbs and the debris ricochets every so slightly against Kiko's back.

They smile even more.

He looks up at them.

They're offering the gun to him.

Kiko's glaring at them now, a face that spells what the bloody hell is wrong with you?! " What?! No! Of course I won't! Are you seriously trying to get me responsible for a crime? "

Stranger pouts, disappointed. " Eeehh. Not really. No one's gonna know. Here, I got gloves, wear 'em and you'll never be caught for the murder. No cameras here, too, and as far as I know security's kinda blegh here. So shoot me! C'mon, I'm offerring you something that everyone won't give. Ever wanna kill someone, yea? Think I'm the person you hate the most or the person you want to die! C'mon now, don't be such a killjoy."

" Look, I don't know who you are or what you want, but the guilt's still going to be on my shoulders if I kill you. " He spits. " So no! I'm not shooting you even if it'd be the last thing I needed to do to enter heaven. God! "

Stranger pouts even more, rolling their eyes in boredom. " Fineeee. " They whine like a kid whose candy you've stolen, dropping themself on the fence with a plop! and it's a damn miracle that they didn't fall.  " If you won't, " Trigger's clicked to get ready, the gun placed and tucked inside their mouth. 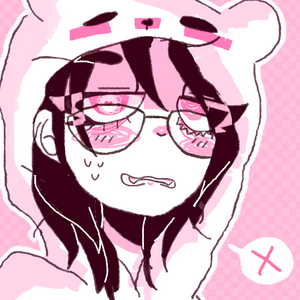 The nights are cold and so is Kiko. He goes up only to see an unusual figure standing on the edge of the balcony. 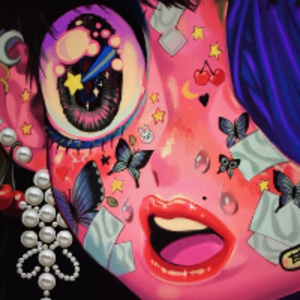 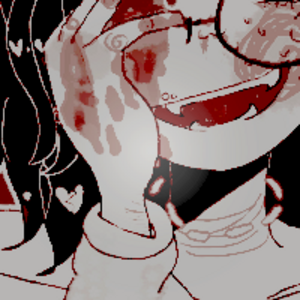 Sandwiched between heaven and hell was earth. Enclasping earth was good and evil. Only one can arise from the situation.

The world was divided into three parts: human, those who were normal, hybrid, a mixture of both animal and person, and uncanny, people who possessed abilities that were often abused thus these individuals sprung into villains. Albeit lived one person, no, creature, who you cannot label into one of these. Their name is unknown and so was their origin.

We all want things in life. In this tale of endless war and death, most had wanted the simplest idea of happiness, safety, and all things akin to such words. Yet Worm being their own unusual self wanted something more.

So what's stopping them? No, not fear.

With a number one villain institute on the rise, life itself was on the brink of its end and that was a wish come true for Worm, but a nightmare brought to reality to most. Due to unfortunate circumstances, only they could cease this from continuing.

Were they selfish enough to let things go by so they could achieve their own dream, or would our antagonistic protagonist give up that dream to save everyone for justice?

" UNDEFINED " is a webcomic in the process. This, however, is it's written version. There are HEAVY mentions of suicide, gore, guns and everything alike. Sexual indications too, but nothing too extreme. Please be wary.
Subscribe 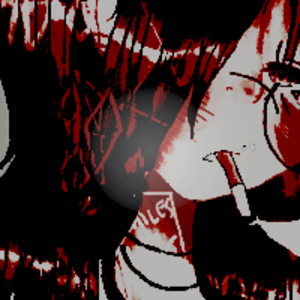