A strong sensation invades me the moment I plunge into the deep darkness. A feeling so common to me that it no longer surprises me.

The simple feeling of loneliness returned. A feeling of sinking into the simple and pure despair.

An almost familiar voice came to my head.

End ... It's not like I've "Ended" this way. This is my day-to-day life. I'll wake up tomorrow and my whole routine will repeat itself in the same way.

"What are you going to do about it?"

Can I really do something? Is not it as if I had some way to change my life out of nothing or something and even if I could what would change after all?

I speak, in a way, to try to make that voice stop echoing in my head. To shut up once and for all. From my hearing I understood that voice would be of the feminine sort.

I answered the first question. Soon after, I hear a short laugh, as if I were a fish that bit a bait.

Is there, after all, an answer to that damn question? It's a feeling I've always known, so I never thought of trying to describe it. After all, what is loneliness? What makes someone know that he's lonely?

- It's the feeling of nonexistence. I guess.

I answer in a single tone, almost as if in a trance.

Again I hear a laugh, a laugh of complete derision as if I were a rabbit caught in a trap. My feet stopped floating and found a floor. I do not feel like I'm sinking anymore. I really got to the bottom of my conscience.

A small light goes on in the background; Another, very close to me, quickly the whole place was lit entirely by lamps like those used in theaters with tall stems supported and directed to a point in common, illuminating the room in which I was. There seems to be a chair in the middle of the room and someone is sitting there with his head down. This one then returns to speak.

Yes. Loneliness hurts like no pain in the world. I feel as if at any moment I could dissolve and then disappear, as in a magic trick. As I looked up I noticed that the room seemed to have no ceiling, revealing itself to be an apathetic sky.

"I see ... There is no loneliness sadder than the man without friends. The lack of friends makes the world seem like a desert. It is not?

At that moment I thought of that word, "amigos", according to the wikipedia "friendship" can originate an instinct for survival, with the need to protect and be protected by other beings. Absolutely ridiculous, no one is like that, well ... maybe a person, but I would not say that this person wants to protect me, he's just playing his part in what they call "friendship."

"You think I can end my loneliness through such a famous" friendship, "are you an idiot? Of course not, a friendship is only a help, a kind of love that can give you an impulse to get rid of loneliness, but nothing will serve, not even the strongest friendship can get you out of it, because the only person Who can do this

I could not finish my answer.

I shivered, trembled as if I were ashamed of myself, of my decision, of the decisions I made in the past.

"Then why do not you change, maybe that way you could end loneliness, would not you?"

Finally I answer the second question she asked me since we arrived here.

It was not quite like this. Like I said, I do not have the courage to change. Even if my routine became invalid, even if my day-to-day life were completely interesting, I would probably lose myself back in solitude. I would go back to my damn present situation. I went into a comfort zone, even though it was still uncomfortable.

The being who sat in the middle of the room seems uneasy about my answer. His face is still darkened by the gloom.

She had asked again.

"What are you going to do about it?"

I had already answered that question ... What does she want from me?

Ridiculous. Absolutely ridiculous. That's why I hate feeling lonely. There is nothing more ridiculous than the thought of giving up one's life. In fact, I lack courage, but only the most cowardly would think of suicide. I would even say that they are worthy of contempt.

- Scorn? You're a bit of a hypocrite, aren´t you? After all, suicide was not the cause of her death. Does that mean ... you disdain him for such an attitude?

- Shut up ... - Inside I saw that word, but I think it was desperation to speak for me.

Finally being in the middle of the room moved. This, then, opens a smile. A huge smile appears on his face still darkened by the lack of direct illumination.

"I want someone to help me." I really need help.

Finally I answer the final question.

The lights around me increased with incredible intensity. Several colors began to appear in the room. In a few seconds I felt I was inside something very similar to a kaleidoscope. No ... Not a kaleidoscope. It's more like ... a fractal.

- Do you want to change this world? Would you change the structures and rules that make up this world only by your futile attempt to end your loneliness?

"You really are an idiot, aren´t you?" Obviously not. Being a person completely detached from this world, I would never have such a retarded idea as to wish to change it. Fuck this world! I want to change me!

- Hah! Are you saying that it is not the world that needs change, but yourself? So you do not need anything or anyone. Do it alone. It's impossible for me to be able to help you at such a point. Only one person can change you and obviously that person is yourself.

I look at the eyes of the one sitting in the middle of the room. The face I see is perhaps the most familiar face possible. A snowy white haired girl with her blood red eyes.

- I want the courage to change. I said, without hesitation.

"I think that courage may be very close to you, more than you can imagine.

- What do you mean by that?

- Nothing ... You won! I hope you receive the courage you so desire!

Then the girl starts to laugh and the lights in the "kaleidoscope room" begin to spin around each other causing all the reality around me to begin to disappear. As flashes, several images appear in my eyes: A tree with its branches growing, a cloud in formation, the birth of mountain ranges, the crystallization of a snowflake. Everything passes through my eyes with enormous rapidity, creating a chaos of information in my mind.

I then tell the girl, or whatever, that she was no longer in my field of vision:

- Right. I open a smile in the middle of my speech. "But if I'm still lonely when I get back here, I'm going to finish you off because you gave me hope."

The malicious laughter could no longer be heard. In fact, a gentle and innocent laugh appears in her place.

"Is that a bet then?" You better prepare. When you come back here, I'm going to finish you just because you did not believe me.

It was then that she smiled ... just as I smiled in my childhood. 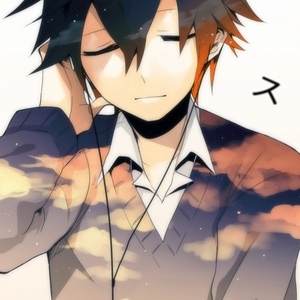 Aaron, as he dives into his "solitude", begins a conversation with some mysterious person who asks him three questions. These questions will be easy to answer or will be more of a psychological test on Aaron? 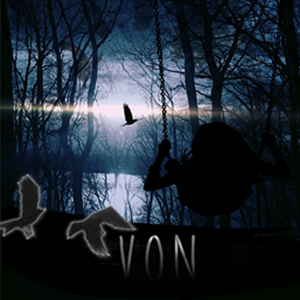 Aaron Kotaro is an isolated 23-year-old boy who named himself "Loser" and "Loner" and all he wanted was to change his miserable life. Everything changes when he, in an incomprehensible way, can travel back in time to the time when he was 16 years old.
With this incredible opportunity, Aaron will try to save a girl from a supposed suicide in that time, then and at the same time save himself from his miserable life.
Subscribe 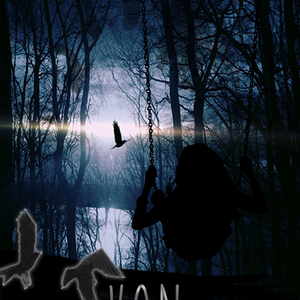