I wanted to kill people--in a virtual way. No consequences. I wanted to see life drain from their eyes. No remorse. It’s just a video game, after all.

I don’t think I’m a bad person. I’m lazy and stupid like everybody else. I just needed something to pass the time, and WARFARE: ONLINE seemed like a great way to do it.

I sat fixated in front of my computer. An army helicopter flew past the screen. Men with guns fired, the sound of gunfire ringing out through my headphones. Soldiers rushed forward screaming battle cries, while explosions shook the surrounding countryside. Out of that chaos, the sultry voice of an angel spoke to me.  “Be a part of the exciting new virtual reality mass multiplayer online first person shooter!” said the sexy woman. She winked at the camera. The ‘WARFARE: ONLINE’ title appeared with a literal explosion.

No game like this could ever have existed but somehow it did. I was sold on the idea of virtual reality being used in a first-person shooter setting with mass multiplayer online capabilities. I was astounded by how realistic the gameplay footage looked. I was in love with a sexy female non-player character who looked like Scarlett Johannsen, fully decked out with an automatic rifle, knee high combat boots, a sexy camouflage outfit, and a weird smile that I would’ve found condescending was I not so turned on.

I immediately signed up for the beta test and, low and behold, I was accepted two months later.

Not only was I given access to the game early, but there was also an email which told me in a matter-of-fact way that I was also being given an airline ticket to California and a hotel paid for exclusively by the developers. I had never heard of a video game developer going to such lengths to test out a game, but to me it just made the prospect all the more exciting.

Explaining to my parents and friends what I was doing, I felt like I was trying to rationalize joining a cult. When I asked my mom for a few hundred dollars spending money, she kind of sighed and said, “OK.”

On the flight, I couldn’t sleep, read, or even get drunk. The only thing I thought was appropriate was to play mobile games, which I always found a poor substitute for the real thing. Nothing beat sitting in front of your PC, headset on, blasting noobs away with pixelated rocket propelled grenades while screaming obscenities. I might never have a girlfriend or be able to move out of my mother’s house, but at least I could say I was dedicated at something.

The sandy haired developer met me at a spacious studio somewhere in San Francisco. He had a fixed smile that never left his face. “My name’s Devin. You’re so very lucky to have joined us,” he said. “We had a very extensive vetting process and you managed to catch our eye. Well done.”

I had no idea what he meant by catching his eye, never having done anything significant in my entire life except play a shit ton of video games and smoke a lot of weed which, in my case, went hand in hand. I also didn’t understand how I could possibly have been vetted. Was I in some kind of system that I wasn’t aware of?

I couldn’t miss how empty his eyes were. He looked to be in his mid 30’s but his eyes suggested he’d seen too many winters.

“We’re having an orientation right now,” Devin said. “This way.”

The studio looked no different than any other typical San Francisco techie conglomerate, complete with nerds behind keyboards looking either bored or intensely burnt out. I didn’t see any virtual reality headsets in the immediate area so I was confused as to where I would be conducting the test. But he led me through a back door at the end of the office, and there were my fellow beta testers.

Everybody was staring at me when we walked in. There was a tiny girl with huge glasses who was picking dirt out of her nails, two humongous dudes with goatees who were indistinguishable except for their hair color: green and purple. One dude, who looked like a teenager, had bags under his eyes, was drinking a 24 oz red bull. So these were the people who survived Devin’s extensive vetting process. I had to remind myself of how terrible I was at video games and how I was either very lucky or somehow managed to fool them without even trying.

“Ok folks,” Devin said, clapping his hands and rubbing them. I was given the impression of one of those embarrassing fathers, desperately trying to appeal to a younger demographic, and failing miserably. “Welcome to the WARFARE: ONLINE closed beta! We at CapitalM studios are very excited about this project. The first thing I want to make abundantly clear is that this is nothing like anything you played before. You are going to be tested emotionally, mentally, and--in a round-a-bout way, physically, like no other game.”

Every tester leaned in with full attentiveness, except for the girl with glasses, who continued to pick dirt out of her fingernails without looking up.

“The good news is that, with this initial test, we are not looking at bugging at all. That is not a concern we have. The most important thing is that we want to monitor how you feel when playing the game,” Devin said. He grabbed a goggle shaped virtual reality headset with attached clips. “This is one of the most important features of WARFARE: ONLINE. It monitors your heart rate and analyzes your psyche. This is the most important thing. All we ask is that you enjoy the game and we’ll take care of the rest. Any questions?”

The twin with the green hair raised his hand. “Aren’t you going to give us some kind of guide as to how the game is played?”

“Honestly, it’s better to just experience it for yourself. You’ll learn as you go. Anyone else?”

I raised my hand. “How were we chosen?”

Devin looked at me with his fixed smile and I suddenly felt very uncomfortable. I didn’t like the way his eyes looked. “A combination of randomness and a secret X factor which I’m not allowed to reveal at the moment.”

‘How mysterious,’ I thought.

They handed out our virtual reality gear. I looked at it and tried to find something that made it as different as they claimed, but it didn’t look very different at all. It was sleek black and looked basically like a pair of goggles with one long eye-hole, and a strap at the back to hold onto your head.

We were led into yet another backroom which I didn’t even notice initially.  When we got in, I immediately felt uneasy. My spidey sense was tingling. There were five twin beds all lined up symmetrically on either side of the room. My first thoughts were of the Heaven’s Gate cult and was wondering if I really had accidentally joined a death cult.

“Ok folks, you can login,” said Devin. “The beds are here for your comfort and convenience. All you have to do is lay down and put those goggles on and follow the instructions.”

If anybody else in the room felt any uneasiness about this whole thing, they didn’t show it. Instead, they all put their goggles on and picked out a bed. I looked at Devin again and I noticed that for the first time since I met him, he wasn’t smiling.

‘Stop overthinking things,’ I chided myself. ‘Stop pretending like there is a problem when there is none.’

I slipped the VR goggles on my head, laid down on my bed, and turned the game on.

At first there was nothing but blackness. Then WARFARE: ONLINE appeared with an explosion, just like in the game trailer. $115,500 for the Best Adventure Novels! + Get Hardcover Publish Hey Writers!

Come to check out this adventure novel writing contest! This contest is mainly looking for four genres: Fantasy, Urban, Game, and Sci-fi, but if you haven’t worked on these genres, that’s TOTALLY FINE! You can refer to the given examples and tips to develop a new story. As all new stories can get cash rewards, this might be your chance to begin your writing career and start to make a living by writing! Not to mention that you can take your chance to win the big cash and get your books published in hardcover!

For more information, you may visit: https://bit.ly/2ObQnRy or contact: kerawood.review@gmail.com 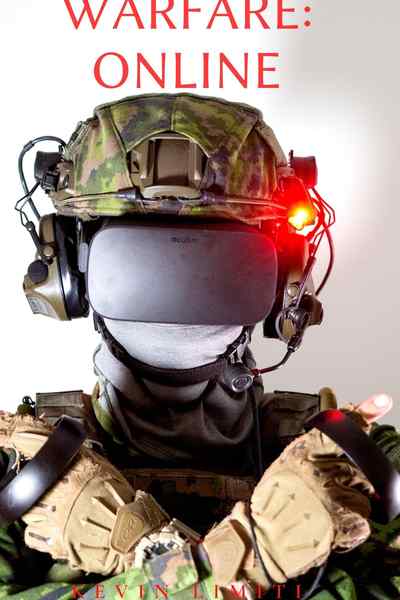 A gamer joins the beta test for an online game based around war but discovers that it might be a little too realistic--even deadly.
Subscribe 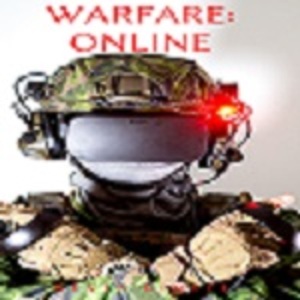