Four years ago, in a land called Everlue, lay a city called Eden, the city of light where the Rebellion War has unleashed. A Lynkas, named Tarek Vangard led an army of rebels to fight the tyrannical leonan, Nero Lionheart.

As their armies fought, Tarek and Nero faced each other as if they were the only ones on the battle field.

Nero: Tarek Vangard, how foolish. You can’t possibility think you can defeat me! The true king of Eden!

Tarek and Nero ran at each and their swords clashed. They blocked each other’s attacks until they clashed again.

Nero: Give up. You won’t win this battle. You shall fall knowing that you failed to protect these people.

Tarek: Even if I fall; a new warrior will rise to take you down!

They backed away from each other. Bodhi glance back and thought about his family and friends’ safety.

"Asta, are you sure about this?" Haruto asked.

Asta: Tarek wants to make sure they get to Luxeria before Nero finds them. The Sages will wait for us on the other side.

Roku: This isn't right. I should be out there helping him.

Asta: I know, but he wants us to keep them safe.

As they continued running, Kuya looked back hoping his father would be coming too.

"Kuya, come on." Nate said as he pulled on his arm.

Deep down she knew he won't make it out of the battle. Minutes later they all made it to an abandoned temple deep within the forest. When they got inside, they approached the Gate. It was a huge circular doorway of sorts with two dragons on top of it in the center of the temple. Suddenly an image of a fantastic and peaceful metropolis stacked with skyscrapers.

Roku: A portal to another world

Just as they were about to go in the portal, Asta sensed someone or something was following them.

Asta: Roku, Haruto, you two must take them now! Hurry!

Kuya ran to his mom and said "You're coming too, right? You and Dad?"

Suddenly Kuya's eyes were filled with tears when he heard that.

Asta: Come now. You must be strong for me and your father.

Taeko: You have to come!

Asta hugged her sons and said, "No matter what happens, I'll always be with you, even though we’re far apart. Takeo, promise me you look out for your brother, okay?"

"I promise.", Takeo said with tears in his eyes.

Primrose approached her father with tears in her eyes.

Haruto: Primrose, I promise, you and friends will be safe once you all are in Luxeria.

"What about my family!?" Zuri yelled.

Kuya: Why are we going?!

The five children shook when he did that.

Roku: All of you are the seeds of hope. We have no time for sorrow. All of you must stay strong for your families! You must survive, understood?

The five children nodded with tears in their eyes.

Before they could get in the portal, they heard a loud roar echoing the temple. Suddenly dark cloud appeared and a demonic behemoth emerged.

Roku: We got to make sure the kids get in that portal!

Takeo led the others to the Gate, but Kuya and Primrose stopped and looked back at Asta, Roku, and Haruto holding off the monster. Takeo noticed that they've stopped.

Takeo: Kuya! Primrose! We have to keep going!

Kuya: But what about them?!

Takeo: We do not have a choice. Come!

They did what he said and followed him to the portal.

The monster noticed that they were going to the Gate

Then it growled, "THE GATE!"

It opened its mouth and started to gather dark energy. Suddenly a black energy ball appeared. Asta and Haruto tried to stop it but as soon as they reached it, the dark sphere flew past aiming at the kids.

Roku swung his sword and destroyed the sphere.

The kids made it to the Gate. Arlo went in the portal first. Then Zuri walked in afterwards. Just as Takeo was going to go in, he noticed that Kuya was looking back at the battle.

"They're coming too, right?" he asked.

Takeo: I am not sure.

Primrose: I don't feel right about this.

Takeo: They are buying us time to go to the other side. We hav-

Before finish what he was saying, a dark pool appeared on the ground and five monsters emerged from it.

The monsters began to creep closer to them. Kuya and Primrose were too scared to move. One of the monsters raised its claw to attack them. Suddenly Kuya’s body began to glow with a purple aura. He began to feel something inside him was growing.

Kuya: It hurts! It's hurts!

The monsters began to back away. Kuya screamed as he unleashed a powerful aura destroying all the monsters. Afterwards he passed out.

"Kuya!" Primrose yelled as she ran to check on him.

Primrose: Kuya! Can hear me? Kuya please wake up! 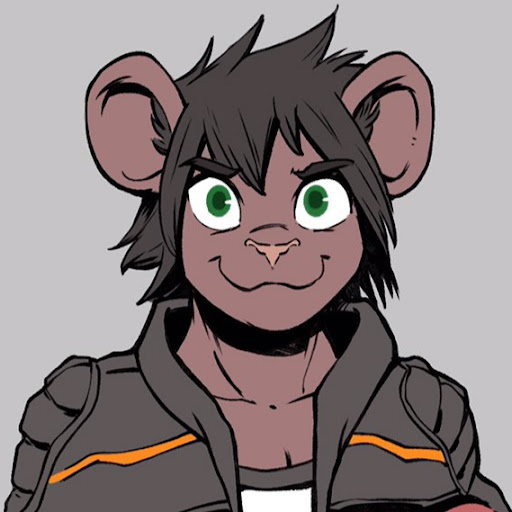 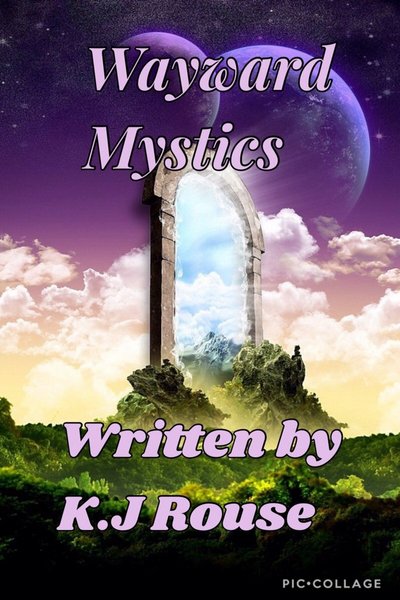 A realm of magic hangs in the balance. Only Mystics, powerful wielders of Mana must face the monsters of the Abyss called the Grimm. A young warrior name Kuya Vangard, new to his power must find a way to save his friend s must confront a demon boy name Skeith
Subscribe 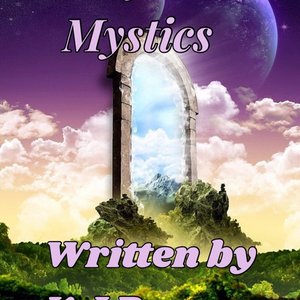