Where will this lead?

Miyo is sitting in a big lecture hall. Behind him he can hear his two friends whispering throughout the whole lecture. He also hears the professor explain some problems while writing on the blackboard.  Miyo is not paying too much attention to the lecture. After all, he hasn't slept much these past few days because of the deadlines of multiple courses. He is now a third year bachelor student in university, and has generally good grades.  He even has a scholarship. Since Miyo prefers studying from books at home, he doesn't listen to what the professor is saying, and starts dozing off. It is a Friday afternoon, almost 6 o'clock. He wants to go home and rest.

Just as Miyo is about to close his eyes, the professor loudly says 'Alright guys, that's it for today. Enjoy your weekend, and don't forget about the assignment for Monday!'

After hearing those loud words, Miyo is completely awake. He looks at the clock in the front of the classroom, and sees that it is 6 o'clock already. He quickly turns to his two best friends who are sitting behind him, and sees them laughing at him.

'Miyo, your sleeping during class again? What have you been doing that's so tiring these days?' his friend Haru says while laughing. The other friend, who Miyo and Haru call GoGo, looks over at Haru and adds with a smirk 'Even if Miyo sleeps through the whole lecture, he will still get much better grades then you'. Haru looks at him, slightly hurt, but can't deny this. Out of his friends, he was always the one with the worst grades.

While talking, the three guys pack their bags and leave the classroom. While Miyo is walking with his friends towards the exit, a tall and handsome guy bumps into him, seemingly on purpose, and curses at him instead of apologizing. Miyo turns around to see who it was, and as expected, it was one of the popular guys in their year. Somehow, that guy has started to hating Miyo.

Once outside the building, Haru happily says 'Let's go to a bar!'. GoGo seems to agree, after all, it is a Friday evening, and that is the perfect time to go to a bar. Only Miyo looks down, and with a tired expression in his eyes says 'Sorry guys, I'm not going today'.

'Whaaat, how can you say that, haven't you been bailing out on us way too often these days?!'

'Don't you like hanging out with us?! or is it that you got yourself a girlfriend and forgot to tell us?' After complaining for a while, Miyo defends himself 'Sorry, I'm really tired today. Next time, I'll treat you.'

His friends still glare at him, but don't try to persuade him further, instead they say 'Next time we won't forgive you, you have to treat us!'. Miyo weakly smiles, but deep down he knows they are right. It is true that he hasn't gone out with them in a long while. Actually, he was avoiding all social activities, and he avoided drinking. Miyo used to be somewhat of a social butterfly, but after ''that'' had happened last year and after seeing the consequences, he became very introverted. The once open-hearted Miyo is now a closed off person.

After reaching the end of the university campus, Miyo and the other two guys go their separate ways.

Miyo lives 15 minutes away from the campus by foot. He lives in a quiet neighborhood, in a small apartment building. Before Miyo goes home, he needs to buy some groceries to make dinner. While heading towards the supermarket, he doesn't notice he's being followed by three shadows. Normally Miyo is very attentive to his surroundings, but he's wearing headphones, so he doesn't hear the footsteps following him. After walking a couple more meters, Miyo feels like he's getting stared at. He's nervous because the street feels empty, so he stops and turns around. Then he sees three guys. Two of them are taller then him, and one is smaller. Miyo immediately recognizes them. After all, he's seen them often this year, after what happened at the end of last year. Before he can react to these three guys, one of them has already pressed him against the wall.

Miyo panicked says: 'What did I do wrong this time!? What do you want from me?' The guy that pressed him against the wall laughs as he can hear Miyo's slightly panicked voice. 'Did you already forget what happened last year? We are keeping an eye on you as always.' Miyo knows what the guy means, but after half a year of being tortured, he can't help but think that these three just enjoy making his life miserable. The other two look at Miyo with a slightly disgusted look, as if he were some insect and say something along the lines 'you bumped into the great Dai after class' and 'How dare you get a better grade then Dai'. Miyo doesn't pay it much attention, because these three always find a reason to beat him or to curse at him. They always think he does things to offend the popular Dai, who is probably their source of popularity and money.

Miyo has been harassed by these guys on his way home more and more often this year, but he decides to just endure it for now. After all, one day they'll stop bothering him for sure. Miyo doesn't listen to the other stuff the guys say, because its meaningless anyway. At the end he gets shoved to the ground and the guys finally leave.

Miyo just sits on the ground for another minute, with a blank expression on his face. Sometimes he really wished this would end. He was at the wrong place at the wrong time, and probably saw something he shouldn't. That's how he somehow got on the bad side of a popular guy in their department, also in the third year .

After a while of feeling depressed, Miyo suddenly slaps his cheeks, stands up, and walks to the supermarket. He grabs some stuff for todays dinner and for the rest of the weekend. After all, he's exhausted and doesn't feel like going out for food during the weekend. He also grabs a bottle of wine, and a second one. Even though he promised himself he wouldn't go to any places with alcohol and people anymore, what's stopping him from drinking at home? Right now he just wants to take his mind of things.

When Miyo walks out of the supermarket with his own food, he goes to a pet shop to also buy food for his pet. He got his pet as a gift from his older sister, who he hasn't seen in years, and the pet is very important to him.

Finished with the shopping, Miyo is already completely calm after what happened with the three guys after school, but his mind still isn't completely at ease. He still doesn't want to return to his apartment. Wherever he will go this evening, he will still feel alone.

Miyo walks to a park near his apartment. He likes parks and nature in general. It helps him calm down. After a while Miyo takes out his sketchbook, and starts sketching a part of the park. He even takes his headphones of and feels how quiet it is.

Slowly it is getting dark, and Miyo can't see his sketch properly anymore, so he finally decides to go home.

This was the first chapter, hope you enjoyed (This is a drawing of Miyo btw)

Also I know it starts of a bit slow, but I promise there will be more stuff happening later on :D 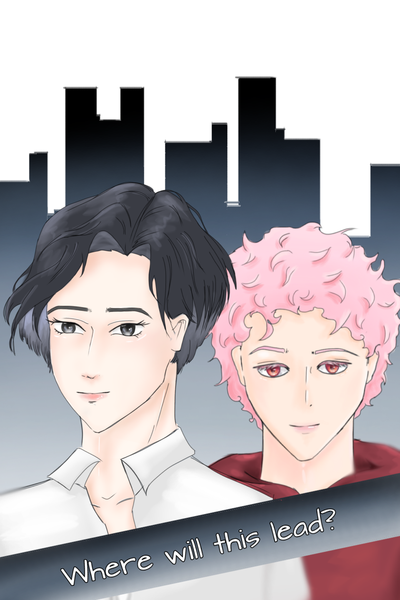 Where will this lead?

Miyo is a top student, but his life doesn't seem to be going so smooth. He always had problems with family and since last year he's had some problems with a group of guys at school. This makes him feel worse and worse. After that he also loses his bird, and gets kicked out of his apartment.
Dai, a guy who seems to be the cause of Miyo's problems at school, unexpectedly helps his solve some of the issues and seems to want to get closer to him.
Can Miyo become friends with Dai, or..... even more than friends?
Subscribe 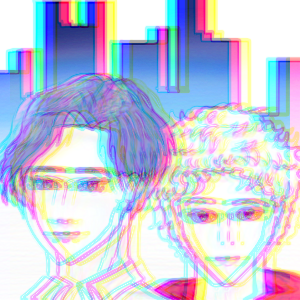