"God, I could really use a drink right now."

"Michael. You are the bartender. You are literally the one responsible for giving people their drinks."

Michael laughed, combing back his curly and short brown locks. He adjusted his bowtie and rolled up his sleeves, leaning over the bar and looking at her through his stained glasses. "That I am the bartender doesn't mean I cannot crave some good whiskey. Besides, no drinking on the job, remember?" The blonde smiled back, putting the dirty shot glasses on the counter to wash off later. "Fine, but I do expect a Martini after closing time."

It was some time past midnight, and the crew of the bar worked full shifts this week to keep up with the huge amount of customers. It had been one of the busiest weeks since the summer, and everyone was exhausted. Even the hosts, who were still dressed neatly, wore tired looks on their faces, and the men from the kitchen could be seen standing just outside of the building, smoking and chatting with some regular customers.

The ambiance was calm, and the smell of liquor and smooth Jazz eased the bartender. While the others were cleaning he sorted out the bottles, making sure everything was exactly where it should be. Although it sometimes got a bit busy, Michael truly loves working here. The great food, lovely music and the friendly staff made this bar one of the most popular in London, and as the one responsible for a big part of the good name he was proud to work here.

The bartender got dragged out of his perfectionistic cleaning and relaxing thoughts when one of the colleagues buried his elbow in between Michael's ribcage. It was the main chef Dan, cigarette poking out of his mouth and work clothing already under his arm. "Hey Mike, I'm out smoking. Could you handle the last customer for me?" The bartender raised a brow. 'Last customer, what last customer?' With a hazy look the brunet looked to the end of the bar the chef was pointing at, looking at the figure on one of the stools.

Although the bartender knew almost everyone who visited the bar, the figure was completely unfamiliar to him. The man, or rather boy, wore a cardigan, accompanied by neatly styled red hair and jeans. From all the brands he was wearing you could see he wasn't an average student, and each piece of clothing seemed worth more than the hardworking bartender earned in a month. Before he could ask Dan if he knew who the boy was or that he would handle the last customer the chef already waved goodbye, slamming the door shut behind him and lighting his cigarette. Michael sighed deeply and walked towards the boy as he was clearly asked for his attention. Why did he always had to handle the brats and drunks.

When Michael stood before the boy he leaned on the bar, looking over the rim of his glasses and talking in a mocking voice. "You know it is almost closing time, right? Isn't it already past your bedtime?" Instead of answering the boy slammed a piece of paper on the counter, being as energetic as one could be. Michael looked puzzled at the paper, reading the words on it out loud.

"I want to work here!" Michael did his best not to burst out into laughter. 'What is this brat thinking'. It was somewhat past midnight, he looked nowhere to be suited for the job and most importantly, the kid looked too young. The bartender pushed the paper back at the boy, shaking his head and chuckling. "Sorry kid, you need to be eighteen years or older to work here. Come back when you've grown." The boy immediately raised his already high voice, pushing the paper back at the bartender, obviously standing on his toes now. "How dare you! I am 20! I am a student!" The bartender couldn't hold it anymore and bursted out into laughter, holding the paper just above his head so the kid couldn't reach it. "You? 20? Don't let me-" The man was cut off by the driver's license being pushed into his face.

The bartender raised a brow, and Oliver his smile widened. "Ha! You see!" Michael sighed deeply. It is that he loves his job. He pushed the driver's license away from his face and grumbled, pinching the bridge of his nose with his fingers. "Fine, okay, you're old enough, sorry I didn't see. Still, you can't just walk in here and expect someone to hire you. Do you have any experience in catering?"

Oliver went completely silent for a second, looking at the ground, at the bartender and back at the ground. "Well, I worked in two different restaurants of my dad." He mumbled, as if he was more ashamed of it than proud. Michael decided to ignore the fact his dad had at least two restaurant and nodded. "That is fine. What was your job there? How long did you work there?"

Silence. Michael knew from own experience that he was trying to think of a time not too short yet believable. When it went silent for too long the bartender decided to continue sorting the bottles, turning his back towards Oliver. "Okay no wait! I worked there for a month or so, just washing dishes, but I really need this job!"

"Oh yeah?" Michael argued, crossing his arms. "How so?" Oliver looked at the floor, eyes watering. It was as if he could tell his most tragic life story every moment, about how sick his mother was, or how sad he was lingering for his love and having to work here to be with her or him. But no. From everything he could have told, he had to say this.

"Otherwise my parents won't buy me a car."

The bartender looked the spoiled brat dead in the eyes. He looked at the liquor like he needed a whole bottle for himself, and he was obviously debating whether he was joking or not. "Please say you're joking. This is just to mess with me, right?" Oliver gulped. Actually, it was true. Oliver's parents told him that he had to look for a job. They said that if he hadn't any experience in the real world and with the people he would later be going lead, he wouldn't be a great leader. That, and his parents said that if he didn't find a job before the weekend he wouldn't get a car for his birthday.

Before Oliver could even try to hide his stupid mistake with an even more stupid lie the bartender spoke, an amused tone to his voice. "You know, I like brats with humor. I will give you a chance, but only because it is so busy. We still need someone as busser on the weekends, do you think you could fill in that gap?" Oliver nodded quickly, his smile widening. Although he had no idea what a busser was, it sounded fancy, and it was a lot better than working at McDonald's or the Subway. "Of course sir!" "Please, call me Michael."

The two sorted some things out about the time and what he would have to bring with him aside from some jokes, and when they were done they were the only ones left in the bar. Oliver would come back Thursday to talk with the actual boss of the bar for a job interview, and when everything would be fine with him he would get hired. Michael got a key out of his pocket, and when he led Oliver out of the building into the night he closed the door behind them. The big neon letters of the bar went out as the door got locked, the man doing so giving Oliver a reassuring smile.

"Well, I wish you luck Thursday. Stay safe brat." "See you too, and hey!" Oliver waved at his hopefully new colleague as the two parted ways. Oliver didn't want to work at all, and he wasn't particularly excited to start working here, but at least he wouldn't have his parents complaining about his laziness. However, when they were almost out of each other's sight, something popped up in the redhead's brain. "Wait!" Without hesitation Oliver ran back as fast as he could, but the bartender was already nowhere to be found. "My keys..." 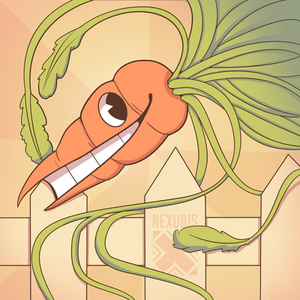 As a long and busy week for the staff of the bar has come to an end Michael encounters a spoiled brat at the bar. 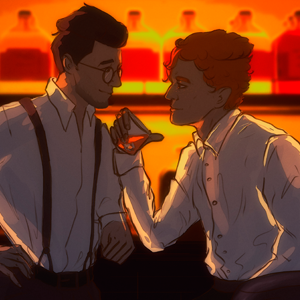 Oliver, a young and spoiled brat, needs a job because his parents are sick of his spoiled behaviour. When he gets declined time after time he goes to local bar, becoming the student of a bartender there, who has absolutely no interest in teaching the brat anything if he keeps being so stubborn.

The boy thinks very lightly about the work, but the bartender teaches him that the work is not nearly as simple as it seems. The novel will be taking place in a popular bar in England and the main genre would be Comedy and a bit of LGBT+ and Romance.
Subscribe 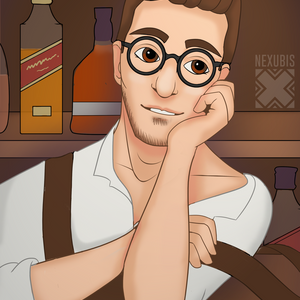