Wither Of The Pervasive Ways

Far away in the deepest part of The Forest of Religion stood the mighty Volcano ant hill. The soldier ants working hard and fast on their regular chores to collect food and nurture the eggs. All of them in compliance to the fixed set of single file rules. All of them but one. The one, the only disobedient one, who set his culture aside in search of gold. He shall be named Kaos. The ants preyed on Kaos upon this so considered weakness called 'cultureless'.

Kaos never kept a single file. He was never interested in the community chores. His heart was always longing for the gold. The golden drop from the Heartshine sunflower, which he had once tasted when the war butterflies accidentally dropped it on their travel back to their homes. He since has been preparing to meet Heartshine. Collecting intels and goods, since the journey to Heartshine is less taken by the wingless and for the wingless it takes ages to reach. While the soldier ants kept to the system, Kaos wandered in search of this lust. This made him infamous among the community, but he couldn't care less.

One day the queen ant summoned Kaos to the cabinet of despair - the north eastern part of the subterranean kingdom. The queen wanted to steal the hopes from Kaos using her wizardry spell - The Brain cleansarabra, to bring order back into him. The queen said to Kaos - "The Goddess of Religion has gifted me these wings and with these wings I have punished myself with the experience of travel, and trust me my subject I have seen it all. I have seen Heartshine, I have tasted the gold but believe me when I say the wingless can never attain, for the path to the Heartshine is across The Tumblingroar River which the wingless can never cross. Drop this fallacy, don't be the fanatic."

With the youthful innocence Kaos replied- "For I the wingless to dream outside this Religion makes me the less fanatic in this kingdom. To attain the gold with my own hands no matter how lunatic it may sound, the fallacy falls upon the one who describes it as impossible. My queen to cross Tumblingroar I'll beg the goddess to give me wings and if my lady doesn't provide me with them, I'll make my own pair".

The queen was surprised her wizardry didn't work on Kaos. She didn't want to keep him in this kingdom anymore as he could be a wrong motivation for the soldiers. So as any power would decide, she too decided to banish Kaos from the kingdom. 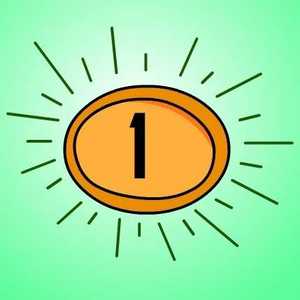 Good work! Very Creative! Hats off for your imagination! You have earned one fan! 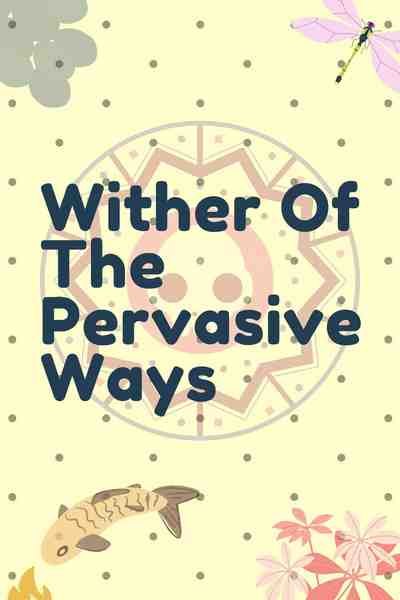 Wither Of The Pervasive Ways

Tired of the society in which you live yet ?
Subscribe 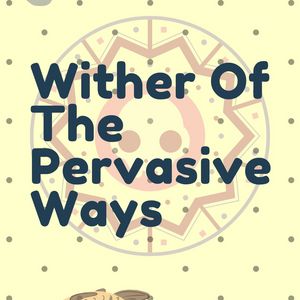