It's a beautiful summer day. The grass was green as ever, and the flowers looked as bright as they can be. The warm glow of the sun shined on the student of Hyemin High as they went around the building, laughing and joking with the other students. Lunch time was always the best.

Well, not to everyone. In the cafeteria of this very high school sat a very annoyed Lee Donghyuck because of a very annoying Lee Minhyung. Why? He's eating way too loud. Donghyuck could basically hear his teeth grind the food in his mouth, and it only made him angrier. He just wanted to shove the banana into his mouth kick him in the stomach until he's rolling on the floor in pain, but he actually had a conscience and knew that would probably kill him. So instead, he imagined different scenarios on how he can hurt him in his head with clenched teeth.

But that went out the window when he saw him pick up an apple. That is where he drew the line. The teen slapped it out of his hand, "Don't you dare eat anymore fucking food" He glared at him.

Minhyung scoffed and watched his apple roll on the floor, "Now why did you do that?" He pouted. Donghyuck just wanted to slap it right off his face.

"Because you were eating like a fucking donkey pig" Donghyuck spat back harshly and rubbed his temples in frustration. He didn't even know why Minhyung was here because they're most definitely not friends, nothing close to it. Donghyuck absolutely despised him, and Minhyung did too once upon a time. But after he turned 18, he flirted and clung to him, and that honestly annoyed Donghyuck. He's not used it at all. It's just too weird to have the person who you've gotten used to hating for years flirt with you all the time.

"Why are you over here anyway" The brunette groaned to show that he's annoyed.

Minhyung moved his tray of lunch out of the way and set his chin in his hands, "Because I wanted to be beside you, you seem annoyed though" He teased. Of course he knew he didn't want him to be anywhere near him but he simply didn't care.

"But I was here first"

After that statement, Donghyuck decided that this would anger him more and got out his seat. He said nothing else, he just walked away calmly.

While watching the male walk away in victory, he felt a little tug on his pinky. Oh right, the string, the primary reason he behaves this way. Yes, he didn't like Donghyuck at first because he was so sassy and disrespectful to him, but he warmed up to him.

But it took a longer time than shown. He was so angry when he fount out that he didn't come to school for an entire week. Instead, he stayed in his room the entire week. He ate nothing or move from the spot in his bed. He had just became, dead. And that worried his big brother, so he ended up talking some sense into him. He told him that the universe paired them up for a reason and to at least try to make it work.

Now he stood here with a raging crush on someone who's supposed to love him to pieces but always breaks his heart instead. Yeah, he could just attempt to move on so the string would break, but he couldn't do that to Donghyuck. He knew how much he wanted his soulmate. He always heard him talking about how much he can't wait to get kisses from his soulmate to Jaemin.

Minhyung stuck his hands in his pockets and walked to his class since it started in literally 3 minutes. But then again, he's never been one to care about being late to class, so it's whatever.

"I'm literally so bored..." Donghyuck's best friend, Na Jaemin, complained. He fell out on the table dramatically with a pout, "I don't want my eyes to be on a peacock's body" He then laid all his limbs across the table.

Donghyuck rolled his eyes at the male's behavior and pushed his leg away. He's only acting like this because his 'dick appointment' canceled on him. Donghyuck barely even wanted to be here because he knew that this is all he would do.

After a few seconds, Jaemin popped up from his position to one where he's swinging his legs in the air, "Hey Hyuck" He called out to the male in front of him.

Donghyuck glanced from his book to show that he heard him, "What are you planning to do for your birthday? I can get some male strippers since you're turning 18," He smirked.

The brunette shook his head, his curly brown locks tousling from the impact, "I don't want my soulmate to see me grinding on some male stripper or think badly of me if I have to tell them" He then folded a page in the book and closed it, knowing that he's trying to start a conversation.

"Right, you actually want to have a soulmate" The pink-haired male rolled his eyes. Donghyuck could only nod at that statement.

He knew how Jaemin was on soulmates. He believed that even if there is a string binding you to a stranger you're supposed to love, it's still not going to be a happily ever after. He learned this from his parent's love story and he's been sticking to it ever since. Instead, he just fucked around to fill the hole that's supposed to be filled with love. This always made Donghyuck feel bad for his actual soulmate because they'll have to be the one to change his mind.

Donghyuck stirred the subject back onto his birthday, "So I want it to be at 8 and everyone will stay til 12 because it's the teenager thing to do. Oh, and it should be a pool party since it's summer," He smiled for the first time today.

Jaemin nodded, "That is the perfect party, you got all the supplies you need for it?"

"Hold on, I made a checklist of what we already had" He opened his bag and pulled out a clipboard. Low mumbles left his mouth as he went down the huge list, "Banner, we don't have a banner" He told him.

The pink-haired male popped off the table, "Then let's go, your birthday's is not that far from now!" He gave the cashier 3 dollars and ran out the door.

"I don't know why you're rushing! Wait!" Donghyuck hurried to put all of his things up and pull out 3 dollars for the cashier, "Thanks Jungwoo!" He then turned to run out of the door but Jungwoo called him back.

"You forgot your book, Hyuck" Donghyuck thanked him and ran to get his book before going out the door. But he stopped running when he didn't see Jaemin's not anywhere to be fount. At that moment he's sure Jaemin just wanted to do something else, so he just trudged down to the library.

The teen puts his book into his bag at his hip and fixed his cardigan on his shoulder since he literally looked like a mess from running. He then pulled out his phone to check his appearance and of course he thought he looked great so he posed to take a picture, "I should probably posted something for neogram" He mumbled to himself.

"Can you send me the picture?" Donghyuck heard over his shoulder. He got scared and slapped whoever it was and turned around.

He furrowed his eyebrows at the sight of the person, "Minhyung? Why would you do that?" He took a few deep breaths to calm down his heart from the jump scare.

Minhyung laughed while rubbing his cheek because that slap really hurt, "I just wanted to scare you, I didn't expect to get slapped though" He walked over to Donghyuck and set his arm on his shoulders, ignoring the flash of red that went across his face.

The male looked at him in disgust while pushing his arm away and distancing them, "Why are you here, anyway? Don't tell me you were stalking me now" He assumed.

The blonde male stuck his hands in his pockets and shook his head, "Nope I saw you walking alone and came to talk to you, what are you doing for your birthday by the way?" He changed the subject.

Donghyuck decided to just have a civil conversation with him since he didn't want to catch wrinkles from frowning so much, "I've decided on a pool party" He answered.

An excited expression went across Minhyung's face from his words, "A pool party? Can I be there too? Please.." He grabbed his arm and pouted.

Donghyuck fount himself thinking he looked cute and nodded, "I'm inviting all the seniors so yeah you can come" He then got on his phone to play a game.

Minhyung squealed, "Great, so where are we going?" He looked around the area they were walking in.

"I was supposed to go to the library with Nana to make a banner for the party but I'll just do it by myself" And with that, he walked ahead of Minhyung towards the library that sat down the street from where they were. He didn't want to converse with him any longer.

The blonde waved after him, "Okay bye Donghyuck!" He yelled after him, but he knew he would not say it back. So he just sighed and watched the string grow longer until Donghyuck's out of sight. 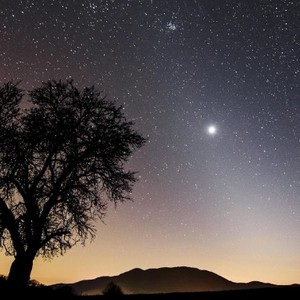 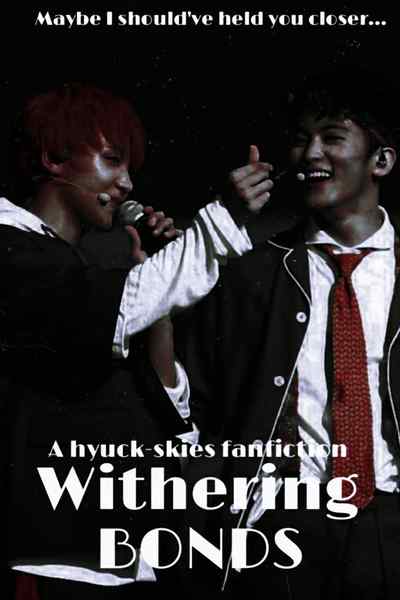 A soulmate au where everyone gets the red string when they turn 18 years old. When two soulmates can both see the string, the string's condition begans to rely on how much they love each other. And you can only see your string and your soulmate's string.

Donghyuck has always hated Minhyung, but Minhyung never wasted a time of the day to let everyone know how he felt about him. He never knew the reason why he acted that way, until he sees the string tied around his pinky.
Subscribe 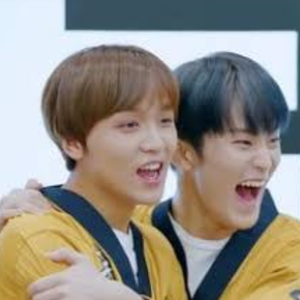