Jin wakes up. He opens his eyes, but sees nothing. He blinks a few times and still sees nothing. Confusion fills his mind, but the hunger he feels makes him unable to think clearly. He tries to sit up, but he can't. His muscles feel weak and there is also something restraining him. It feels as if he's inside something. Jin feels around the surface of what he is trapped in, and soon finds something that feels like a zipper.

He carefully pushes his finger in at the edge of the zipper, and when he succeeds, he pulls the zipper all the way down. The whole thing restraining his body earlier is now open, and light pours in. Ah, so he hadn't gone blind.
Now he can sit up. He looks around. The thing he is sitting in seems to be a body bag.
All around there is only grass, and a few trees. No road no houses anywhere to be seen. Instinctivey he reaches for his cellphone in his pocket, but finds nothing. His pockets are empty. All he has are the clothes he has on. Jin is wearing a button up shirt that seems like it used to be white. He also has neat pants. At least they used to be neat. Now, both pieces of clothing are torn and smudged. On the colar of the once white shirt, Jin can see blood stains. Is it his own blood?
This time the thoughts in Jin's mind overpower the hunger. Where is he? Answer: on some hill with grass. But that observation doesn't help him. How long has he been here? Who knows, but judging from his own smell, and the hunger, it's not just a few hours, maybe it's days or even a week. How did he end up here? That's what he'd like to know most. All he can remember is some facts about his life like, he works at a big company, he's relatively wealthy, he cut of contact with his family long ago, he's single and his favorite food is chocolate icecream. He seems to remember all the details about his life. That's a good sign. Unfortunately, he can't remember any of the events that happened in the past days, maybe weeks of his life.
The hunger kicks in again. Jin decides he can't stay here any longer. After all, someone put him in a body bag and his clothes are stained with blood so staying here is dangerous. He also needs to find food soon, otherwise he might just starve to death.
Even though he has no clue where he is, the best way is to just keep walking in one direction, and he'll find a road or a civilized area after some time.
When he stands up, he expects to almost collapse, to feel very weak, but surprisingly, when he starts walking his legs and body don't hurt at all. He takes a few steps, and feels like his legs actually have a lot of energy for the state he is in. Jin walks back and rolls up the body bag to take with him. After all, if he has to spend the night outside he can use it as a blanket.
Then he sets of to find a road.
Even though he walks for what feels like hours, the only thing that bothers him is hunger and not exhaustion or weakness in his legs. Another thing he notices is that he can see well. Even though this doesn't sound that strange, he remembers he wears glasses with -3.0 lenses. Usually he would feel blind without them, but now he sees just fine.
Just what happened in the period of time he can't remember? Did someone harvest his organs? Did someone do human experiments on him? Jin starts thinking of all the weird things that could have happened to him.
Soon, it's already dark. He starts wondering whether he isn't walking in circles. How come he still hasn't found a road or houses.
He comforts himself thinking that even if he dies here, he won't cause anyone pain as no one would miss him.
Just as he thinks that, a road appears in sight. Jin rushes towards it, drops on his knees and kisses the ground. 'Finally!'
Now another problem arises. Which way should he start walking along the road. That's when he hears what seems to be a heavy gate closing. Even though there is nothing in sight, Jin decides it's a sign from the heavens and starts walking in the direction he thinks he heard the sound from.
He walks, and walks, and walks on, but still doesn't find anything. Surprisingly, even though he walked the whole day, he doesn't feel as tired as he would after a day of work. Even though he isn't that tired, he decides to lay down in the grass next to the road, under some trees. He crawls back into his body bag and closes his eyes.
When even after a while he can't fall asleep, he feels anxious just lying there. So he just stands up, and starts walking again.
The hours of walking have paid of, as something that seems to be a house is now visible to Jin on a hill close by.
-Thanks for reading!- 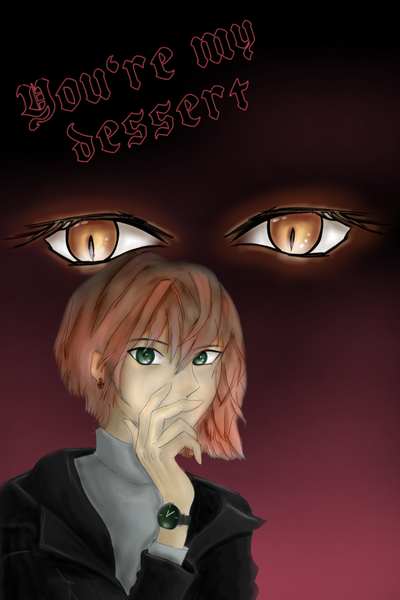 Jin wakes up with no memory of the past few days. He has nothing on him apart from his torn clothes, so he can't go anywhere.

All confused at a location he doesn't know, he decides to find civilization. Following a road he finds, he soon finds himself standing before a mansion. Not knowing what else to do, he asks the mysterious owner for help, and the mysterious young man decides to temporary take him in.

What happened to Jin? Why did the young man take him in? Soon Jin will find what he has forgotten and realize the danger he's is.
Subscribe 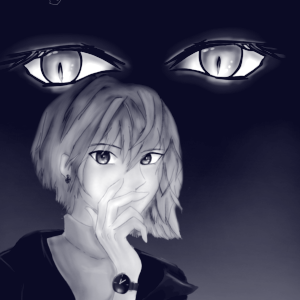