I’d always considered the people at my dad’s company part of the family. The only family I had left, after Dad’s passing last week. As a kid, when Dad was stuck in meetings, I did my homework with the secretaries and accountants and helped out around the office. The cleaning crew taught me how to get stains out of my laundry. Everyone there raised me—my photographic memory capturing each smile and lesson. A fair number of them even came to my wedding to a charming coworker my dad had taken under his wing! I wanted to do them and my dad proud, to become a CEO who could take care of them after studying hard to earn my MBA, rising through the ranks, and running my father’s company.

But all my dreams came crashing down this morning, when the company's board of directors—a bunch of millionaires—teamed up with my own husband to sell off the company and toss all those people I loved out onto the street.

I stormed out of the board room and booked it for the parking garage.

“Alina!” My husband Todd chased after me, forcing the car door open and poking the dashboard screen. “Where do you think you’re going?”

I pushed him back and tried to fix the settings. “I need some time to think!”

“About what?” He scoffed. “This money is a blessing for everybody!”

“For the board, you mean!” It had been heart-wrenching enough when Dad appointed Todd CEO instead of me, but I told myself it was for the best: this company had always been a family to me, while Todd had grown up in a broken home before being disowned at 19. Now he had something of his own, too.

At first, I had been eager to help him just like I had with my dad: lend advice, share templates, take a meeting, stay up all night to help with a project, study my butt off to get my MBA and stay on top of business trends. But when my dad’s health failed, I couldn’t juggle taking care of him, my own job, and covering for my husband while he was busy networking. Our stock suffered. And Todd’s version of “stepping up” involved selling off Dad’s (and my) legacy to the highest bidder within a week of his passing.

“Selling won’t save the company,” I explained, trying to keep my voice even. “The data in your fifth slide shows a temporary boost, but in six months, we’ll keep hemorrhaging—”

“I did the numbers,” he condescended.

“You had Paula’s new husband do the numbers! Bobby doesn’t look at the long-term effects of anything, including adultery! That’s why they’re both paying alimony!”

He reeled back, cheeks flushed. “Listen, you were too busy—”

“My dad was dying! Can’t you take responsibility for anything?” I pinched the bridge of my nose and took a deep breath. Yelling at each other wasn’t going to bring my dad back or save his legacy. “The bottom line is you pushed this deal to the board without researching it properly. And now… Dad’s legacy is getting sold off instead of staying with the family.” Swallowing hard, I lowered my head, my knees shaking and my heartbeat pounding in my ears.

How could Todd do this to me? To the company? To my father’s memory?

“We aren’t ‘losing’ anything.” Todd’s soft caress left a chilled streak on my cheek. “You’ll still be the face of the company. And I’ll be the head. Just like Roy wanted.”

The sting of my father’s expectations burrowed deep. “We were supposed to run this company together! Marriage is a partnership, remember? He gave a whole damned speech on it at our wedding!”

When Todd and I first started dating, he’d been charming and inspiring—especially in group settings. Always pulling out my chair, gushing about my ideas, making sure I was seen and heard at the table. He’d even bring me special treats for “being sweet.” Now, he talked over me, browsed his phone during my presentations, and had me working on his team so I could basically do everything. Our once-great relationship had somehow turned into the world's worst group project.

Todd tutted and brushed my bobbed hair out of my face, staring at me with his pale gray eyes. “Sweetie, your dad left things to me because you’re too soft to lead. Trust me. We’re doing the right thing.”

Was he kidding?! This company was the only thing I had left! The only distraction from my grief, a vehicle to funnel my ambition into, my pride, my love, I gave it—and him—everything! And this was how he repaid me?

Dad and Todd had been thick as thieves and most women couldn't ask for anything better than the men in their lives getting along. But now I could see that though they were close to each other, neither of them ever really respected me. Todd didn't even respect the company. He wanted to cut corners to get ahead just like did with this last business pitch.

“Listen, you have to accept this and come back in. I need you.” He held my chin tightly between his thumb and forefinger, though I stubbornly refused to meet his gaze. “They’ve voted, Alina. It’s over.”

“Well, I’m glad you—” As soon as he stepped back to give me room to get out of the car, I slammed the door shut and locked it. His eyes popped wide. “Hey! Alina? Wait, what are you—”

The tires screeched as I pulled out of the spot. Todd shouted and kicked my car as I raced towards the highway.

Rolling down the windows, I took in a deep breath of fresh air. These high speeds reminded me what it was like to be free. To be in control.

Different numbers and scenarios ran through my head—old lessons from college, our finance charts, the presentation itself. Maybe I could save the company, save my family, everything.

I clicked my turn signal and tapped the brake to merge. The pedal sprung back against my red-bottomed heel like a trampoline. The car kept speeding! What the hell was happening? I tapped the console to set the auto-drive, but Todd kept calling, blocking the screen.

Cursing, I blared on my horn, begging the cars in the next lane to make room for me. It was either them or the cement divider… I didn’t want to hurt anybody! All I needed was a chance!

But it didn’t come. I swerved as hard as I could away from the other drivers, the world spinning and screeching before I crashed into oblivion.

The impact slammed me upright—but instead of a driver’s seat, I was in my old bed. I looked around the room, bewildered.

Kicking off the covers, I pulled at my sweat-soaked pajamas. Why was I wearing my ex’s old shirt?! I donated it when I got married!

Wait a second! Where was my wedding ring? Did Todd reclaim it after the crash and set this up as punishment?

Something buzzed on the nightstand. I whipped around only for medium-length hair to whip my cheeks. How long had I been asleep?!

Fumbling for the phone—which looked suspiciously like the model I’d trashed a few years ago when the battery died—I almost dropped it entirely when I saw the caller ID.

Todd wouldn’t be cruel enough to set this up, would he?

“What? Of course not!” Dad chuckled, and my heart swelled three sizes. I never thought I’d hear that sound again! “I checked your location and saw you weren’t on your way to work yet. Is everything okay?”

I switched my dad to speakerphone and scrolled through my calendar and emails, all outdated. “What the… ?” Did that car accident knock me three years into the past?

“Are you there?” Dad prodded.

“Yes, but how am I here?” I peeked outside. Was this some bizarre alternate reality? Everything looked exactly as it had, back then. The high rise they’d finished last year was only half-built. I bet the pothole that caught my heels every morning was waiting for me in the parking lot.

Dad cleared his throat. “Uh, well, when you get into the office I have a special project I want you to work on.”

“Okay, I’ll be right there.” Out of confusion and habit, I almost hung up. But Dad was dead! How could I miss this chance? “Oh, wait! I love you! Dad?!”

He sounded bewildered. “I love you too, Alina.”

It was exactly what I needed to hear. I curled the phone closer to my cheek.

“I’ll talk to you at the office!” he said. “Bye, sweetheart!” The dial tone didn’t feel like a guillotine. More like an ellipses.

I had no idea what happened with the crash, but it felt like the universe had given me another chance.

I could save the company and earn that CEO spot before Todd could get his greedy little claws into it. And I’d get more time with my dad!

My former life was over. It was time to begin again. 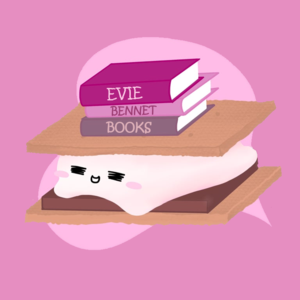 Hold me! I want to call everyone I love ASAP! Thank you so much for reading; I’m very excited to share the rest of this story with you ^-^ What or who are you snuggling after a stressful day? Because I have a feeling someone might want Alina’s old t-shirt back one day…

oversized shits are the best to sleep in, specially of they're stole... ops, borrowed from other people 🤭🤭 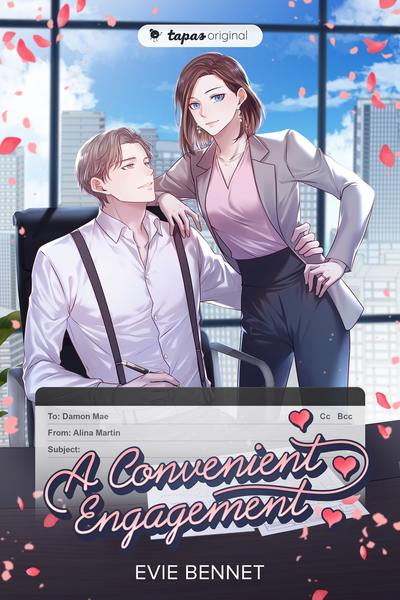 Alina Martin has done everything to make her family proud—business school, long hours at her father’s corporate empire, doing secretarial work despite her business skills. She even obeys her father’s rule that she must marry before she inherits his company and allows him to pick her suitor. But before she can carry out her destiny, her husband Todd seizes the company from her control, leaving her with nothing.

And then Alina is killed in a suspicious accident.

Amazingly, she wakes up. It’s three years in her past, and not yet married to her backstabbing husband, she vows to stop waiting for the men in her life to respect her. She decides to take over the company and save it from Todd’s plans!

In order to be allowed to take over the company, she needs to marry—and it’s certainly not going to be Todd this time. Instead, she approaches a man she never thought she’d see again: Damon Mae, a handsome, charming CEO—and also Alina’s ex. He’s the only person Alina can trust to back her up instead of bossing her around, and their combined reputation and skill is enough to intimidate even the sexist men running her family’s company. But can these exes pull off a fake engagement when Damon still hates Alina for their painful breakup? 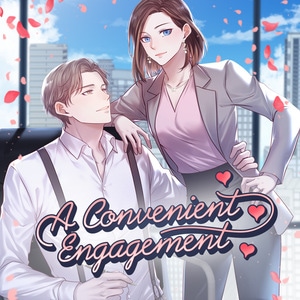