Battle for the Crown

None of it worked. Luke sighed in frustration as the words Game Over!! flashed white on the computer screen.

"Come on! We're at the same level, why can't I beat this idiot?" Luke muttered, restarting the level. He'd reached the battle with the final boss, the Demon King. This was the sixth time today he'd played the level, and the sixth time that day, he'd lost. The sixth time his family heard him yelling in frustration. After the seventh loss, he flung the mouse onto his matted carpet and made for the bathroom. The only thing that could make him feel better was a nice, hot shower.

He took off his shirt in the hallway, only to hear his sister Cathy's voice call out, "My God! When's the last time you went outside? You look like a vampire."

Cathy chuckled, tapping her Starbucks cup with pale pink fingernails. "Oh, lighten up, will you? And hey, you promised you'd teach me how to play that video game."

"That's what you always say."

"Yeah. And I always mean it. Go FaceTime with one of your little friends or something." With a huff, Luke continued to the bathroom, and Cathy went into Luke's room. She knew the basics of video games, and Battle for the Crown was so famous that she felt almost familiar with it. So she played around.

She enjoyed it. Within the game, King Liam was giving orders to his mages. Each of them tried to cast a spell summoning a savior from a different world to save them from the Demon King. With their robes and wands and unique voices, Cathy was almost convinced King Liam and the mages were real.

Mage after mage fainted, and the summoning spell grew weaker and weaker. King Liam shouted encouragements. Things like "Bear up, men!" and "For the Realm!" and "Falter not! The coming of the Crimson Savior is nigh!" But the mages were tired. They'd been cursed by the wrath of the Demon King for far too long, and they were beginning to think that the Crimson Savior was just a myth.

As the battle drew near its inevitable defeat, Cathy heard the shower shut off. Hurriedly, she backed out of the game and tried to put the mouse back where she found it.

In her haste, Cathy spilled her iced Americano on Luke's computer.

An electric zap filled the air. Cathy jumped. Was that smoke? She left, hoping that the smoke would dissipate by the time Luke came back into his room.

Cathy had barely disappeared down the hallway when Luke emerged from the bathroom, a dark green towel around his waist. The hot water had worked its magic; Luke was happily humming. He glanced at himself in the hall mirror and smiled. His eyes were dry—he needed eye drops, but he kept those in his room. It was his hair that he liked the most, though—long and brown and sure to impress girls.

As he ran his fingers through his hair, he noticed a strange humming sound coming from his bedroom. Curious, he nudged open his bedroom door to see something dark and smoking hovering above his computer.

Luke tried to wave the smoke away, but the black hole—or whatever it was—grabbed his arm. There was no time to fight back, no time to grab for his bed or his desk to anchor him. The hole pulled him in and closed around him, leaving his towel wet and crumpled on his matted carpet.

Stars and colorful rainbows flashed before Luke as he fell through the unknown.

It was something—something beautiful and otherworldly, fantastic visions of space and time. A breath of awe broke through his fear, but it didn't stay long.

His first coherent thought in that beautiful vortex was, Wherever I'm going, I hate that I'm going there butt naked.

And then the world went black.

"Who do you think will win the tournament?" asked Princess Elora, setting her teacup somewhat indelicately in its saucer.

"I hope it's Cedric," said Princess Illana, the older of the pair. "I'd quite enjoy getting to know him during our expedition."

"Illana, this has nothing to do with the fact that Cedric is one of the fairest men in the land, does it?"

The wind blew Elora's curls from behind her shoulder and onto the white tablecloth. "Will you stop thinking like a courtier for once? We need someone with brains and stealth—someone like Damien."

"Cedric can't break into a henhouse, much less the Demon King's castle. Father's been trying for years to summon the Crimson Savior. We're not going to ruin this reconnaissance mission because we pick the wrong—"

Elora's sentence was cut short by a black hole that appeared above them. The princesses flew away from the garden tea table, praying they weren't being attacked by the Demon King or his minions.

Unconscious from the ride through time and space, Luke crashed onto the tea table. Elora screamed.

"Oh my. What do we have here?" asked Illana. "I've never seen a boy fall from the sky before." Stepping closer, she set a hand on his chest to feel his heartbeat. "The nerve of him, ruining teatime like this!"

Illana threw a small fireball at Luke. With a cry of pain, Luke slowly sat upright.

As the pain slowly dissipated, Luke noticed that something like a computer monitor was—somehow—taking up a small portion of his mind. Where those Health Points? Why would he need that?

He looked around to see that the area he was in was like something from a fairy tale, but then he remembered how he had gotten attacked and he turned around to find the culprit.

Slowly, his confused look turned into one of astonishment. "Princess Illana! Princess Elora!"

He'd always thought that Princess Elora was a beauty, with her lithe figure and elfish green eyes and stunning mass of golden curls. Seeing her up close made his heart skip a beat, and his face turn apple-red.

Illana, on the other hand—was beautiful, of course, taller than Luke with voluptuous curves. But there was something off-putting about her. Her eyes—just like her hair and her robes—were a vivid red.

"You are a cute one, aren't you?" Illana remarked, slipping off her scarlet outer robe and setting it on Luke's lap. "But do explain who you are."

"Thanks, Your Highness. So I got out of the shower, and there was this weird cloud thing above my computer, and it was—it sucked me in. Am I inside the video game? And you both are NPC's?"

Illana frowned. "You didn't answer my question. And what are NPC?"

Luke kept looking into Illana's eyes. Whatever malfunction in his brain let him see his own Health Points also allowed him to see Illana's stats. He read them eagerly:

Luke blinked, and the stats disappeared. Out of curiosity, he gazed deeply into Elora's eyes, and the same stats appeared.

A man's voice interrupted his thoughts. "Ah, finally! Our savior! We were wondering where you went. I see you've met my daughters."

Savior!? Who is a savior? thought Luke. He turned to look at the man, dressed in royal finery, and knew him immediately. "Your Majesty!" he said, climbing awkwardly off the ruined tea table.

"Call me King Liam," said the man. "Welcome to the Crimson Kingdom."

"Um—thanks, I guess." Luke's face grew heated as a breeze lifted his robe, revealing all his glory once again. He quickly pushed the robe down again, but not before Elora turned away, and Illana gave him a raised eyebrow.

King Liam seemed not to notice as he turned to a nearby page. "Get the boy inside. Freshen him up and clothe him in the finest material. Our savior must get nothing but the best from us."

Even though Luke had more questions to ask, he had no choice but to follow.

The page scampered off, and Luke was led inside by the king and his daughters. Corridors turned into more corridors and finally into a large bedroom, the stone walls hung with tapestries and the massive bed covered in luxurious scarlet fabric. A servant approached with a vial and instructed Luke to drink it. He did; it was sweet and fizzy, almost like nectar.

"Father," said Illana quietly from the corner, "it is wonderful that your summoning spell worked. But this so-called savior is only a level one. How can he make a difference in the coming war?"

"Fret not," said King Liam confidently. "I sense light magic coming from him."

King Liam, Illana, and Elora left as three maids entered, two of them carrying a large washtub filled with soapy, warm water. Thoughts swirled in Luke's mind as the maids left him to bathe.

Am I really in the game? How did this happen? I've got to be dreaming, he thought. He pinched his forearm.

Luke blinked in surprise, then turned his attention to that little section of his mind that refused to go away. It held his stats now. Silently, he examined them.

Slash (Regular slash attack. +5damage without a sword. +10damage with a sword. No cooldown)

Wait—Ring of Destiny? Luke looked at his hands. Sure enough, a ring with a skull on top and angel wings on the side graced his left ring finger.

"This is cool," Luke admitted quietly. "But what does it do?" 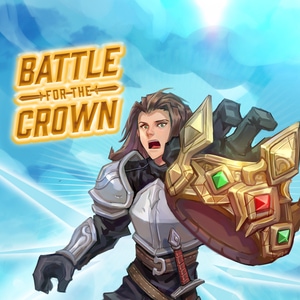 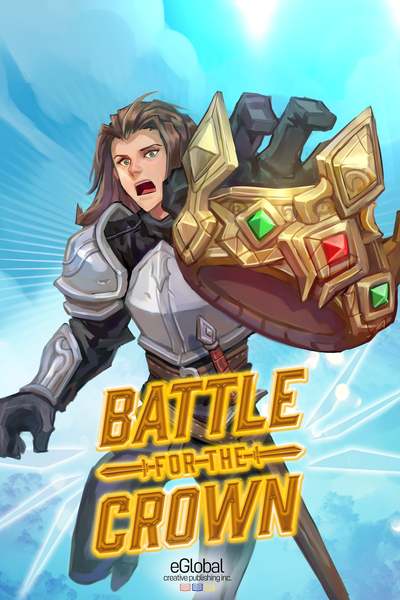 Battle for the Crown

Luke Pennywood is an expert at Battle for the Crown, the RPG of the century. But not even the most avid fan is prepared for a portal to open and suck him into the game!

Luke finds himself in a fantasy-game landscape where he can see stats and quest notifications floating around him. To make matters worse, he was summoned into their world to be the Crimson Savior—and he has to defeat the final boss if he wants to go home.

But Luke does not have to go face the Demon King and his captains alone. He assembles a powerful team—two talented princesses, a mysterious lightning mage, and an outcast young demon—to join him on the journey of a lifetime. Will his knowledge and their friendship be enough to overcome the dark forces gathering to destroy him?
Subscribe 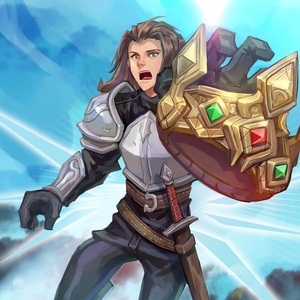