“You’re so . . . old,” one of the women sneered at me as she sat stiffly, the heavy ornaments and jewels on her head looking like it would tip her head back. I was surprised that her neck was able to hold so much heavy jewelry, since her hair was wrapped it around and weaved in a way that it would all fit. She was gorgeous, with pale skin and dark eyes, but the way her lips were curled back said otherwise. “Really, since when did the emperor want an old, ugly, commoner?”

That was probably the only problem she had with me. It wasn’t that I was old—she looked my age, in fact—or that I wasn’t pretty enough, but more so because I was a commoner. By the way I was dressed, it wouldn’t be apparent that I was, since all the candidates to be the emperor’s concubine were dressed accordingly. By my lack of jewelry, ornaments adorning my hair, and fancy accessories to add to my hanfu, it was evident that I was a commoner.

For some odd reason, the merciless, terrifying, and coldblooded emperor, the Dragon—as others called him—had called forth women from all over the Huo empire to be his concubine. It had been over half a year and he still hadn’t found one that was fit for him. The list of credentials shifted and women were chosen from any and every social ranking. He even made a point that he wanted his concubine to be older than twenty-two, which was shocking for the empire since there had never been an emperor that wanted someone that old.

I honestly didn’t want anything to do with the emperor; I didn’t want to be his concubine and I didn’t have any reason to be here. Although it would’ve been financially good for my family if I became the concubine, I knew there was no way the terrifying Dragon would choose me. After all, I was twenty-four, I didn’t know how to read or write, and I was a commoner. What kind of emperor wanted that sort of concubine?

“Really, the commanders must have bad taste to bring someone like you here.” The woman raised her nose and crinkled it, turning her face away from me. “You smell like an animal.”

That couldn’t have been true since I had been at the Palace for over a week now and had taken a bath every night.

“Disgusting how there’s rats all around here,” she continued. The other women who were chosen to get this far all chuckled, save for a few other commoners who looked upon the interaction with a grim expression. “Disgusting.”

We were all supposed to sit around and drink tea for the time being, but it seemed as though everyone’s anxiety and tension was getting the better of themselves, since everyone was bickering. It had been over a week since we were brought in here and not a single one of us had seen the emperor.

The door to the giant room swung open and a small women dressed in silks entered the room. She was stunningly beautiful and reminded me of a doll, with her skin pale and smooth, and her eyes a glittering black color.

“I honestly don’t understand the need—” She stopped speaking when she entered the room, her brows drawing together and her eyes sweeping around the room in a moment of confusion.

A man followed behind her and stopped a few feet behind. He was exceedingly handsome, but his expression was cold and stoic. His long black hair was tied and he was dressed in a military tunic, pants, and boots, a sash wrapped around his waist and a sword hooked onto it.

“Who . . . ” She paused and glanced around the room once more before turning to the man behind her. “Who are these people, Fang?”

My eyes widened. Fang? Did she mean General Fang? As in one of the men that had helped the Dragon acquire the throne from the previous royal family? He was apparently one of the emperor’s most trusted men.

His gaze flicked to the women before he turned to her. “Meilin’s possible concubines.”

Meilin? Since when was he able to say the emperor’s name so lightly? I wasn’t the only one that noticed, since all the women perked up and stared at the two new people in the room. They must’ve been of high ranking to speak so lightheartedly of the emperor.

“Concubines? Ah, right.” She nodded at us. “I forgot he wanted one.”

“He still hasn’t picked one.”

“Why not? They’re all so beautiful.” The woman smiled widely at us. “You women are very beautiful; don’t worry too much about the emperor.”

The woman next to me, the one that had been berating me with insults, raised her head and smiled sweetly—the complete opposite of what she looked like before. “Excuse me, but the emperor hasn’t even come to greet us or see us. I’m worried he’s forgotten that we’re even here.”

The smaller woman raised her brows and shook her head. “There’s no way he forgot—”

“The emperor is busy,” General Fang said stonily, his expression hard and his gaze cold. “He doesn’t have time to dawdle with women and he will choose one of you at his own pace. That is, if any one of you catches his attention. The emperor is picky and women that pester him with questions incite his anger.”

A few gasps resounded throughout the room.

The smaller woman slapped General Fang’s shoulder playfully. “Fang, don’t scare them.” She smiled at the rest of the women in the room. “Please don’t fret too much. Anyhow, my name is Jia and hopefully I’ll be seeing the rest of you around.”

With that, the two of them left, leaving everyone else in the room to look around and speak amongst themselves quietly.

How long would it take for the emperor to send me home? I wanted to go home and enjoy spending time with my younger siblings and my parents with our animals and our peaceful, quiet life. The palace life wasn’t for me. Jealously, rankings, and women that were obsessed with the two were annoyingly persistent, and it wasn’t something I was accustomed to. If I became the emperor’s concubine, my life would be full of those three things.

It was an honor to be in the palace, and I had never anticipated ever being in it for so long—as a guest, no less—but the awe had worn off after a week, especially since we were only permitted in a few rooms. Although it was amazing and honorable to think that I could potentially become the emperor’s concubine, it was a scary thought as well. Emperor Drakkon Meilin had violently taken the throne four years ago and his reign thus far wasn’t a pretty one. Though he was known to be the most beautiful man to walk the empire, his actions were anything but beautiful.

Even his name was foreign and aggressive.

“The emperor will pick me as his concubine,” the woman continued. “I will—”

I left the room and continued walking down the halls that I had become familiar with. I wanted to take a long, nice bath, where I could rest myself and soak in the warm, sweet-smelling water. There was a particular bathroom that that I liked to frequent. I had been told by one of the men around the palace that it wasn’t in use and that it was rarely even visited.

After crossing a few hallways, I finally reached my destination. I pushed the door open and entered without a second thought, closing it behind me and trekking inside. It was a quiet and peaceful bathing area, where the soap smelled like flowers. I was about to cross to the other side of the room to strip when I noticed that a man was already in the water, steam rising all around him.

I paused, my eyes widening as I stared at his dark eyes. He had long, black hair that was cropped a tiny bit on the left side of his head, giving him an odd, different type of hairstyle. He sat in the water casually, his arms resting on the ridges on the ground that lined the bathing pool—and his eyes were on me, his face void of expression.

“I-I-I’m so sorry,” I stammered once I found my voice, my eyes wide and fingers suddenly shaking. “I didn’t realize that someone—”

“Who are you?” he spoke calmly, his gaze raking me up.

“Don’t leave so suddenly,” he said as he watched me, eyeing me like a wolf eyed its prey. “Why are you in the palace?”

I swallowed, not sure why this beautiful man wanted to know so much about me. I made a mistake, coming in the room without checking if someone was inside. I understood that, but why did he have to interrogate me? Couldn’t he let me leave without a second thought? “I was chosen to possibly be the emperor’s concubine.”

“The emperor?” The man smiled and I noticed that there were three scars on the right side of his jaw, reaching down to his collar bone. “Do you know who the emperor is, little rabbit?”

I stiffened under his scrutiny, the answer dawning on me.

“I am the emperor,” he said with amusement. “My name is Drakkon Meilin, little rabbit.” 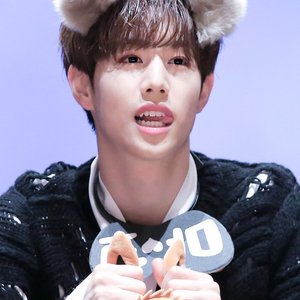 This story kinda reminds me of "The wolf king's bride" or like a cliche kdrama storyline where a poor girl meets a handsome rich guy who's rude to her at first but then falls in love with her.
But with all that being said I still like this story😂😂😂 It looks really entertaining in this preview👌👌👌 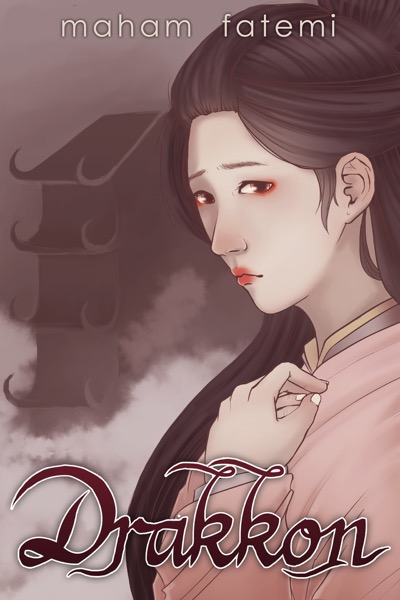 When Daiyu is summoned with dozens of other girls to potentially be the Emperor's concubine, she doesn't think that she'll be chosen. Although beautiful and kind, she's hardly qualified to be with the emperor, whose name is stained with blood and whose reputation is blacker than sin. When she accidentally catches the eye of Emperor Meilin, however, he surprises her by naming her his bride and future empress of the empire.

How will the kind and sweet Daiyu escape from the clutches of the emperor? Will he capture his little rabbit, or will she run before it's too late? 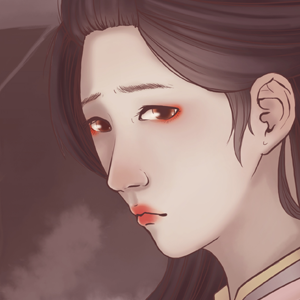