The chatter and laughter of children filled every corner of the beige-tinted classroom, the walls of which were covered with colourful abstract paintings and drawings that had no meaning behind them. The teacher came into the room but none of the young children acknowledged his tired, towering figure standing behind his scratched-up desk. Suddenly, a loud clap filled the room, bouncing off of the walls as all of the students went silent and quickly scrambled to their seats. The teacher gave a deathly look at one of the three boys having a paper snowball fight with their maths homework in the back of the classroom, a few children giggling when they turned to see what the teacher was looking at as he spoke in an unexcited voice "Hello class, today we have a new student." A small head popped in through the destroyed, pastel blue doorway to the right of the teacher's desk.

"Come introduce yourself" the teacher sighed with annoyance at the confused and panicked look on the child's face and the small, blue-haired boy walked into the classroom slowly with his head down and his hands shaking. The teacher's patience was running out slowly and he quietly mumbled to himself "I don't get paid enough for this shit". The blue-haired boy looked up towards the class, his medium length hair almost covering his eyes. Some of the students went "ew" and then giggled as if the boy had some kind of disease but one boy stared in awe at the blue-haired boy, looking at the younger made the boy's heart skip a beat.

He looked at the younger boy's hair 'So pretty, it's like the sky', He thought. Then, he looked at the boy's face, his eyes focused on the boy's eyes. They were a mixture of blues, greens, browns and even ambers. He didn't realise it but the boy was looking back at him with a slight smile. However, when he did realise it, his face went a bright red in embarrassment and looked away. The younger boy giggled cutely and had tried to start talking.

"Ummm, well, my name is Liam and um.." The boy said in a soft, almost sweet, voice. 'Liam, that's a cute name', The older boy thought to himself. He used Liam's confusion to look at the younger more carefully. He saw light freckles on Liam's slightly chubby cheeks, which had a slight tint of pink but were quite pale, Liam was also quite thin for his age. "umm uhh" Liam tried to say something but he was on the verge of tears already and the teacher couldn't care less. Liam's eyes were darting wound the room in a panic he felt so small, he listened carefully to hear if anyone was laughing at him yet, after a few seconds Liam's eyes were glued to the ground as he tried not to cry. The older boy thought for a second and then stood up -a few gasps and giggles emitting from the other students as he did so- and went over to Liam "hey, do you want me to hold your hand?" he whispered to Liam and the younger boy looked up at him in slight shock and then nodded quickly.

The boy held Liam's hand tightly. Liam's cheeks were slightly pinker than before. Liam took a deep breath and explained more about himself to the class. Some of the things that he said were: he read a lot of books, that his dad used to have a pet snake, at which a few students said "what?" in a shocked and amazed tone, and also that his mother used to be a voice actor to one of his favourite tv shows called 'giant dumb heroes little smart enemies', which was quite famous amongst the kids because kids like dumb things.

When he was finished, the teacher said in a bored tone, "ok, now go sit somewhere," at which the older held Liam's hand even tighter, which Liam thought was impossible, and dragged the younger boy to his desk, next to the older boy's seat sat a girl, at who he glared at and after a few seconds almost growled, "Move!" The girl and some other students gave him a terrified look and then the girl quickly scrambled to get up and looked for a different desk to sit at while Liam sat at the one that the girl left. "Sorry about her," he boy said to Liam apologetically in an annoyed tone as he sat down in his own seat. The lesson started and they did their work as they were supposed to, Liam paying close attention to everything the teacher said.

After the lesson, the older boy asked, "Hey, do you wanna hang out with me for break time?"

SEE YOU NEXT EPISODE!! ( hopefully )

note from me: I think I'm kind of going to base Liam from some things about me, for example, I cry in situations like that, sometimes I can't go to another classroom for anything when a teacher asks me to get something because I'm scared I'll fuck up or everyone will just stare at me or whisper about me or something. ANYWAY, I hope you enjoyed the first episode. this was my first time writing something and posting it so I hope it's not too terrible 😁 (I fixed it a little bit because I wrote the original episode at midnight and it had a lot of mistakes) (I kind of didn't like some parts and just wanted to fix some other small stuff so I went and did that, I hope it's better now that I'm working on my laptop) 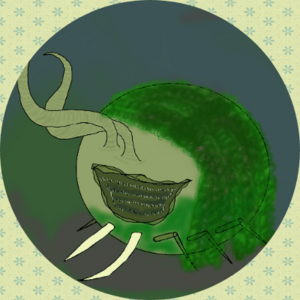 I really like this, however there are a lot of grammar mistakes like spacing and punctuation. I recommend just putting this through grammarly cause you can click on the mistakes to fix them. 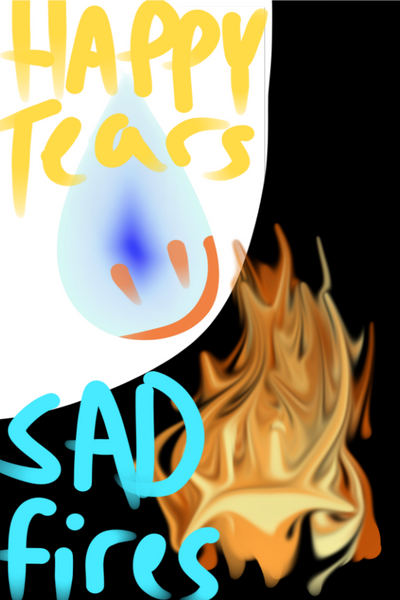 Damien and Liam become friends when they were children but they knew they had feelings for each other back then. after some embarrassing moments, they stopped talking to each other. by the end of highschool, Damien was the most popular boy at school and had girls falling left and right for him , howether, he still liked Liam, always looking at the boy during the lessons, and he didn't plan to stop any time soon. one time after school, they bump into each other and a magical aura surrounds them a voice from the aura explains some things which were..... FOR YOU TO FIND OUT WHEN YOU READ THIS YOU COWARDS!!!!
Subscribe 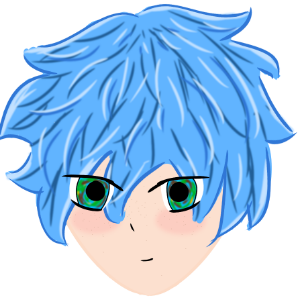