"Let's go honey," my mother said with her raspy voice. "We have to get to the airport." I nodded slightly as I followed behind. One of our neighbors had offered to drive us to the airport. "It's the least we can do since we couldn't persuade you to stay," he said sadly. "I'm sorry about your father."

The first few weeks were tough. I felt so hollow inside and the house suddenly felt so empty. There was no man in charge and my mother always stayed in her room.

It's been nearly a year and things haven't been the same. I turned sixteen, and my father wasn't there to surprise me with a cake like he usually would, every year. My mother wasn't excited about celebrating with me. She was still depressed; she lost the love of her life and I understood how she felt, so there weren't any hard feelings when she didn't get me anything for my birthday.

I wasn't excited to see Seoul, South Korea. I've never been there before––I was born in Vermont. My parents met in Busan. They went to school there and I guess you could say they were high school sweethearts. They graduated together and enrolled into the same university in the states, then went to school together in Minnesota and got married in Vermont. After going to Tahiti for their honeymoon, they had me: Dakota Minhee Park.

I grew up seeing numbers my whole life, not because my father was an accountant or because my mother had a real estate license, but because everyone around me had a bar code on the side of their necks. I thought it was normal––I thought people were born with it. For the longest time, I thought it was as natural as a beauty mark or a birth mark. As I grew older, I wondered why everyone had a birth mark in the same exact place.

Being the shy, timid, and quiet girl I was, I never dared to ask anyone about it. My mother told me it was rude to ask about one's features anyway. I eventually asked my cousin about her bar code. I remember sitting next to her as we played with Barbie dolls. I was eleven, and she was ten.

Anna looked into the mirror and turned to see her neck. "Bar code...?"

Anna only looked at me all weird before collecting her things. She stood up and said, "Dakota, there's nothing there," before walking away. I was only eleven then, so it scared me thinking I was the only one who saw these numbers.

Reality hit me when my father passed away. If everyone saw these numbers, his death would've been expected.

My mother cried and cried at his funeral. "Why? Why? Why? This is so unexpected...He was such a healthy man."

The first three numbers tell you the month you will expire in. "Yes, expire." I don't like the word 'die,' and what other things have bar codes on them? Food. Drinks. Lotions. Soaps. Etcetera. Those can all expire, and they all have bar codes, just like us.

The next two numbers tell you the date you'll expire. My father left us on the 29th of June. 29.

The next two numbers are the last two digits of the year you'll expire. It was the summer of 2010. 10.

The last four numbers tell you the location you'll expire at. The hospital my father was admitted to had the numbers 2569 in the address.

I myself didn't have one; maybe I wasn't supposed to see my own. It wouldn't be fair if I could cheat death and others couldn't. I felt guilty back at home in Vermont. Whenever someone I knew passed, I felt like it was my fault that I didn't tell them to stay at home that day. I wish I was able to, but whenever I tried to bring myself to do it, I couldn't. I'd chicken out because I feared the consequences of saving someone when fate wanted them to be gone.

Although I felt the pain of watching someone close to me expire, I still kept all those bar codes to myself. I accepted the fact that no, I wasn't supposed to tell someone to not go here or there... because they'll die. I kept it all in.

Then, university came. I graduated high school in Seoul and got accepted into a college. I majored in psychology, and that's where I met this guy. His name was Sehun and for some reason, I felt like I was connected to him––it felt like as if gravity pulled me towards him. I didn't know why. I tried my best to look for his bar code, but we met in class during the winter, so he was always wearing a scarf or a jacket with a collar.

When spring came, the scarves came off and Sehun didn't have a bar code tattoo on his neck. It bewildered me.

For the first time, I told someone to stay whenever they wanted to go somewhere. I didn't know why the idea of him going out scared me so much. Maybe it's because of the fact that at any time, he could expire. 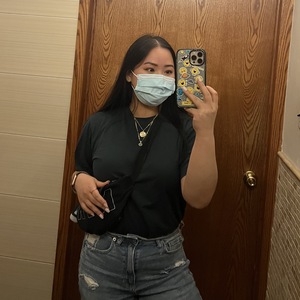 Link to the comic;
https://tapas.io/series/HBT 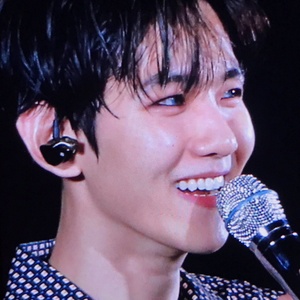 Is it just me or does the cover look like sehun 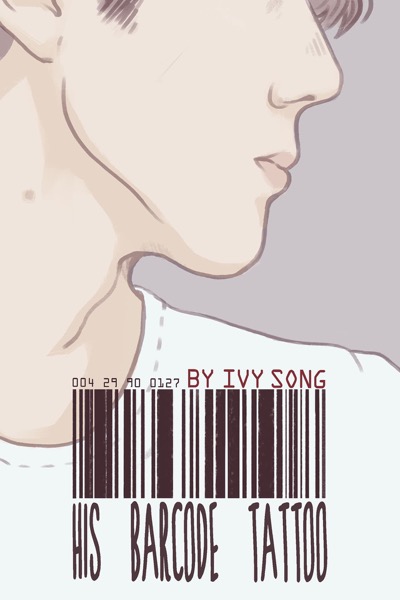 But Sehun was different from the others.

He didn't have a bar code. 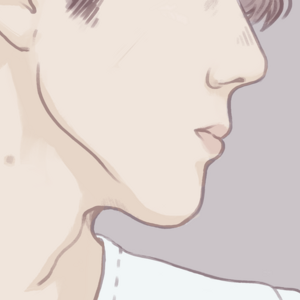