Hiraeth was a home outside of home.

It was a mansion as large as any magical private academy out there (and there were dozens). It was also the place where my grandfather and his grandfather and so on attended. You could say Hiraeth was infamous for my family.

Sometimes over the fountain, I’d stare into the creepy forest and imagine my granddad causing as much trouble as I did when I first arrived. And no, the werewolf incident was definitely not my fault. It was just a coincidence that I’d forgotten an overdue library book in the middle of the wood on a full moon.

But Cherry would never believe that. Nor did she believe the fact that I was late for the mandatory ceremony they’d announced when I’d dropped off my things in my dorm. It was the beginning of my final school year, and of course something had to happen.

Apparently, an ancient celebration was occurring, which was something my great, great grandfather had gone through when he was attending Hiraeth. Other than that, I didn’t know what it all was until Professor Eva had explained it aloud for us to hear.

An old, traditional competition between two chosen students would take place within the school year. A competition where both would have to work together in order to unlock a single prize. A wish. A wish that could grant anything the victor’s heart desired. There was only one twist, though. The team of two would have to compete with each other at the very end until only one stood. The wish would then be given to the winner.

It sounded like a load of crap, honestly. Wishes meant nothing to me. They reminded me more of those horror stories about fate and death and whatnot. So I’d made sure to steer clear of any wishes for a long time, that is—until my name was called as one of the ‘chosen ones’.

I had no idea that I’d be chosen, much less able to participate since my great, great, grandfather had already won. But by all accounts, I could not be excluded.

All of it was bizarre, and as I stared up at the stars above us in the open courtyard where students would normally gather on the first day, I sighed as nearly every kid glanced at me when the professor uttered my name.

My family had a long history of being ‘chosen ones’. Mostly because an ancestor of mine had brought the decades-long magical war to a stop some hundred years ago. From then on, my family had the misfortune of being tumbled in on other ‘destined duties’.

I’d guessed that it was now my time to shine, even if that meant doing something I did not find fun. But then again, it was much better than fighting a goddam war.

The professor eyed me from afar as she continued to speak to the students. I could tell she was itching to talk to me privately, to make me aware that I could not run away from this.

I’d always been a rather rowdy child. From the first day, when my mother told me I was gifted with magical powers, I found that I could not contain my excitement. It worsened when she informed me that I needed to hone my skills, here, in an academy called Hiraeth where my father and our ancestors, before they passed, had attended.

My family was by far the most connected to Hiraeth, but solely one other family always seemed to intercept that.

They were as ancient as my own, and maybe even older. They were infamous for exploring dark magic that no other sorcerers would dare try. It was also said that they were the ones who helped discover the school, alongside whatever ancestor I’d had back in that time.

Whatever happened then, it didn’t matter at the moment, because the heir to the Williams family was standing a few meters away from me, crossing his arms and jutting his lower lip out, as if hearing the sound of my name being called was like the sound of some monotonous tune playing at full volume.

Our families had been enemies since before time, and he and I weren’t left out of that tradition either. We were destined rivals. I’d known it ever since we’d met each other in our first year. He’d get the top spot in class one week, and then I’d get the top spot in the next. We’d bicker over the stupidest things, and cast hexes at each other’s heads when we’d lose our temper. We just could not get along. Our grandfathers must’ve seen it coming. Hell, I had too. He was . . . well, he was simply bound to be my enemy, and I was bound to be his.

For a second, I stared at him, watching as he fidgeted where he stood. He was aching to throw a glare at me. I just knew it. He couldn’t stand the sight of me at all. 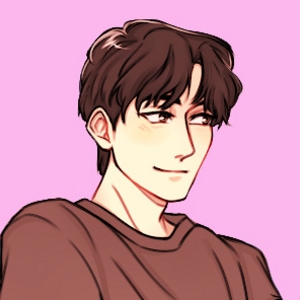 Hey everyone!(ﾉ◕ヮ◕)ﾉ*:･ﾟ✧
Thank you so much for checking out "I Wish" ( ᐛ )و💜
It's actually a story that I reference in both of my other works on Tapas, but you don't have to necessarily read those to understand this one :)

Please leave any comments & suggestions below and I will keep them in mind for future updates! Pls share & spread this story with friends & family! <3 Pls leave a lil tip if u can! <3 Thank you for reading!!! I love you all & please be safe <3 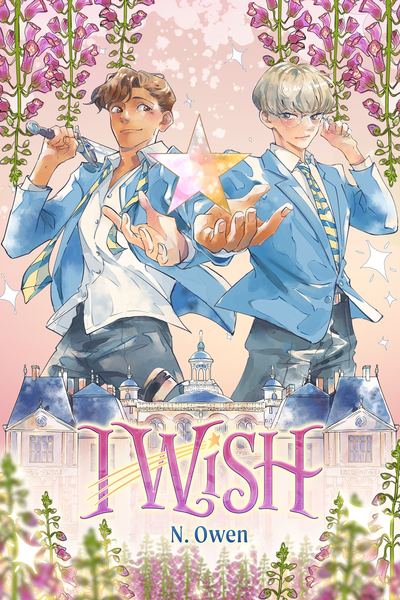 Arturo Hallow has been through it all when it comes to dangerous adventures and is even considered the greatest hero of his generation, so it’s no surprise when he’s chosen to compete in one of the most ancient competitions at his magical school. The prize, a wish that will grant anything his heart desires, seems like an easy win until his longtime rival, Lewis Williams, is chosen as the second participant of the games. Forced to work together, the two students must shed their rivalry in order to face the deadly tasks that will test them to their limits.

But the greatest challenge presented to them does not lie in the competition. Behind their façade as rivals, Arturo and Lewis are actually in love with each other, though neither of them have worked up the courage to confess. As the games draw out the truth from them little by little, many other secrets are unravelled, and it’s more than what they bargained for.
Subscribe 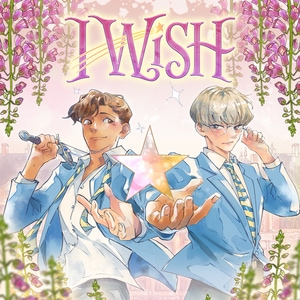