Kill Me, Kiss Me

They lay beneath a massive willow tree. Gentle branches dipped down in a curtain around them, hiding them from the rest of the world as if it could somehow protect them.

The young man at Rosaire’s side turned his head, a lopsided smile resting on his face. No matter how many times he’d seen it before, no matter how it was burned into the back of his mind, the sight alone was enough to make Rosaire’s breath catch. Rosarie had memorized every line of Wiley like a poem. He worshipped that face, helplessly devoted to the smallest curl of his lips or flutter of his lashes.

“You’re staring,” Wiley mused, propping his chin up with one hand. “Am I really that handsome?”

“Liar,” Wiley shot back, watching him through lidded eyes. His gaze was so bright Rosaire felt like it might set him ablaze.

Rosaire shook his head. “I never lie. You know this.”

“If you didn’t want my opinion, then you shouldn’t have asked,” Rosaire stated, matter of factly.

Instantly, he was met with a sharp jab to the shoulder.

“It’s called a joke,” his gentle assailant snickered. “Something you would know absolutely nothing about, Mister Stuffy-Pants.”

Rosaire bristled. “I am not stuffy.”

“Oh, really?” Wiley retorted, his lips curling upward. “Then tell me a joke.”

Wiley leaned closer, the faintest hint of a purr creeping into his voice. “Well? I’m waiting.”

“Honey...bee…” His voice came out strained, tight with discomfort at the unfamiliar act of attempting humor.

Rosaire let out a nervous exhale, trying to keep his voice from trembling as he delivered the punchline. “Honey, bee a dear and get the door for me, please--”

He was cut off as Wiley abruptly pounced on him, pinning him down against the soft bed of grass beneath them. Slender hands easily caught his wrists, holding them in place as red hair danced wildly around his face, his scarlet eyes blazing like embers.

Wiley always seemed to be burning.

Wiley caught Rosaire's lips with his own, stealing Rosaire’s breath as easily as he had his heart. Rosaire could feel him laughing against the kiss, his shoulders quaking with amusement. When they finally parted, Wiley rolled off him and onto his back, erupting into a fit of giggles. The afternoon light sent streaks of gold glistening through his hair, his cheeks flushed as he flashed Rosaire a smile so bright it could scorch the sun. The sight released a cage of butterflies in Rosaire’s stomach; heat rose to the back of his neck, all the way up to the tips of his ears.

“Was it...was it really that funny?” he asked softly.

“Yeah, you’re a natural comedian!” Wiley’s arms reached out to cup Rosaire’s face in his hands, pressing a tender kiss to his forehead. “Say, Rosie, do you believe in legends?”

“Pfft, I figured as much.” Wiley’s fingers drifted to Rosaire’s jaw, lightly tracing the line of it as he continued. “Well, some say that when you die you’re reborn with the face of the person you loved most in your life. If that’s true…” His arms abruptly shot out, wrapping around Rosaire as he pulled him to his chest. “I’m looking forward to someday having the most beautiful face in existence.”

“I’m not teasing. I really mean it!” Wiley chuckled, hugging Rosaire to him even tighter. Pressed together so closely, Rosaire could feel the reverberations of Wiley’s voice against him, the feeling oddly comforting. “And I won’t stop there. I’m going to wear your face again and again and again, through every lifetime, forever!”

“How can you be so sure?” Rosaire questioned, the sound muffled against Wiley’s chest.

Wiley grinned, his smile like sunshine. “Because…” he began, whispering the words like they were a promise. “Nothing, not even death, could ever stop me from loving you.”

And that’s when Rosaire jerked awake.

His eyes snapped open, chest heaving and heart thundering, his skin beaded in a cold layer of sweat. The pale morning light streamed in through the curtains, seeping through the lace draped above his bed.

Rosaire sighed heavily, burying his face in his hands. He’d suffered that same dream for nearly ten years now, a memory his mind kept desperately clinging to like a child trying to catch smoke.

Rosaire sat up slowly. His hands trembled as he pushed back the curtain of lace spilling down from above. The creamy silk sheets were still tangled around his legs as he slid them off the bed. His bare feet met cool marble, the sheets dragging behind him step by step as he made his way across the room. He walked as if he were in a trance, his expression blank and his gaze distant.

Before him on the wall hung a large portrait. The morning light reflected off the thick streaks of paint that formed the two boys within. The first wore an icy expression, snow-white curls falling around a face so glassy and indifferent that he could easily be mistaken for a porcelain doll. The other was his opposite in every way. His image alone was filled with so much life that it felt as if he might burst through the canvas and out of the frame. Bright red hair danced around his face like tongues of fire, his eyes shining with the promise that engaging with him would involve passion, excitement, and perhaps even a little danger. That flaming smile that haunted Rosaire’s dreams was so perfectly immortalized in the paint.

Rosaire slowly reached out, his fingers brushing across the face of the boy who’d shattered him. Ten years had passed since then and yet... Still, every time he closed his eyes all he saw was that face, the one that had been scorched behind his eyelids; had been branded mercilessly into his heart. Rosaire’s gaze went cold, his teeth sinking down into his lower lip so hard he could taste the metallic tang of blood on his tongue.

“Wiley,” he whispered hoarsely, “Even if it takes a lifetime, I swear I will find you. And when I do…” His gaze bore into the teasing eyes of the boy in the portrait. His voice trembled as he spoke: “I will kill you with my own bare hands.” 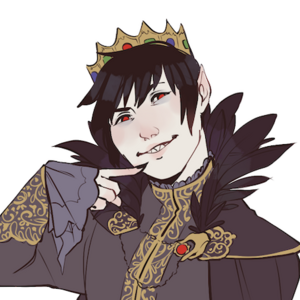 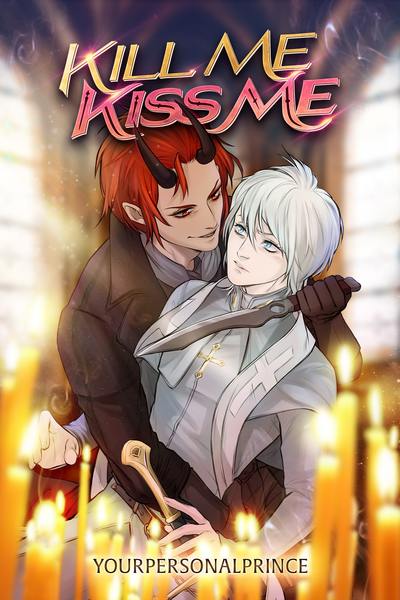 Kill Me, Kiss Me

Their relationship was doomed from the start. Rosaire is virtuous, pure, and a rule-follower to a fault, the exact opposite of the wild and rambunctious Wiley. Despite all odds, the two become childhood best friends. Their friendship soon evolves into something more… but disaster inevitably strikes. When revolution breaks out, the two find themselves on opposite sides of a war.

Rosaire and Wiley’s relationship violently crumbles and both are left heartbroken. As the years pass and as the blood spilled between them continues to grow, they become sworn enemies. Soon, their only goal in life is to destroy one another. But with so much history between the two nemeses, isn’t it only natural that their long buried feelings might start to resurface?
Subscribe 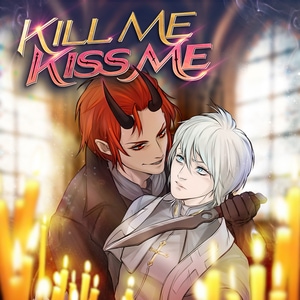