Two people, a young man no older than 25 and a long crimson haired little girl, was standing side by side. Their eyes were watching, or to be precise, observing something laying in front of them, on the wooden floor.

It was something resembling of a human.

Or perhaps something that was a human.

A pile of skin, burnt colored and dried to crisp, no flesh. If it were stretched, it could fill the floor of the entire room. It had no head, and there were two hole in a stretched out part of it with a solid sharp object circling around, similar to mouth.

The young man’s hand started to shake a bit. He slowly reached out his jacket’s pocket. He pulled a cigarette, lit it, and inhaled it deeply. The nicotine gathered in his lung helped him calm his nerves. And after a while, he exhaled all the smoke from his nose.

At least it help me to kill myself…

“Don’t be silly! You couldn’t die even if you were killed!”

Stop reading my mind! I hate it!

“I did not. You are just too easy to read!” the little girl giggled.

“Umm… excuse, me sir?” a middle aged police called the young man from behind. He tried his best to look like a professional who had seen a lot of dead bodies, but failed to hide his nervousness. His whole body was shaking and he was sweating like a pig.

“I-I would like to know what your take on t-that… thing on the floor. Wh-What is that? Was that a human? What could possibly—”

“Let’s talk outside,” said the young man, turned away from the pile of skin.

“How’s your partner?” the young man asked as they were all walking away from the room.

“Ah, yes… W-We had took him to the nearest hospital, the-the… medics seemed struggling to strain him but he had calmed down after taking some injection, sleeping in the hospital with belt tied. I-I hope he’s okay.”

“U-Um… He lived with his mom, three blocks from here. No siblings, but he did have a wife.”

“He had divorced years ago. A-Anyway, since we are outside the house… Can I ask you about that thing? I heard you are a Shaman, a specialist for this kind of case, so you surely know what that thing is.”

“How about you, do you have a family?”

The little girl smiled, “There he goes again! You don’t feel sorry for the officer, do you?”

“S-Sir, I don’t think my personal life has anything to do with this case!”

The police shut his eyes, gritted his teeth. He inhaled deeply and, after a while, exhaled while answering, “N-No.”

“Tell me, what that thing is?!” the police grabbed the young man’s jacket. His eyes were red, wide open. His breathing became faster and heavier.

“Calm down,” said the young man with flat tone, “I know what that thing is and the cause of it. But I need to know for sure whether you have family or not.”

The police removed his hands slowly. He giggled slowly, “S-Sorry… T-That was so unprofessional of me.”

“Answer me honestly, this time: do you have family or not?”

“Good, now back to our case. That thing was, indeed a human. He transformed to such state because of someone—or something—that I know the name of. Are you ready to hear the name?”

The police gulped, then nodded.

“Uwaah, he really did it!” said the little girl.

A chilling silence. It was as if the world was frozen and all creatures ceased to live. The air was getting colder and filled with unpleasant smell of rotten flesh.

The police just stood there, frozen, with his bloodshot eyes. Then, he let out a hysteric scream while his stomach gradually bloating like a balloon filled with water.

No, it wasn’t the correct description.

It was like a flesh growing inside out the police stomach, drowning his entire body. Holes slowly forming on both of his palms. They took the shapes of a mouth, with complete sets of sharp teeth. A long light red tongue-like flesh came out of them.

And while all the bizarre transformation was happening, the little girl laughed as if she watched a really funny comedy movies. The young man, on the other hand, just standing while inhaling his cigarette like it was his last chance to ever enjoy a cigarette.

The police now stopped growing. It size was twice bigger than its original size. Even though it has no head, it started talking.

“Curious. Any mortal who called my name, I should have possessed them. But which is impossible, something is forcefully repelling my blessing.”

“As a mortal, I didn’t even fully understand about it myself,” said the young man as he flicked away his cigarette. His hand was still shaking. But despite that, he was smiling while looking directly to the grotesque monstrosity in front of him. Then, with a rather trembling tone, he said.

“You…!” A’aggenipati shouted. The otherworldly creature slowly turned away to the little girl and called her name, “Ifrit!”

The crimson haired girl--Ifrit—grinned from ear to ear while waved her hand cheerfully, “Long time no see, bub!”

“Of course. The rumor after all, it is true. There is a mortal, able to tame Ifrit,” said A’aggenipati. The smoke produced by the creature’s body started to move and the temperature was rising gradually. Then, in a blink of an eye, the creature’s entire body was enveloped by flames.

“Even though both of you has the same color, you two really are not getting along well, huh?” said the young man, “Burned instantly after just a few minutes…”

“What? I didn’t do anything!” Ifrit pouted, “The huge guy belong to Banaspati species and it is natural that their body are enveloped in flames!”

“Yeah, yeah, I know about Banaspati.”

The young man pulled something out of his jacket. It was a short dagger with wavy and asymmetrical blade.

“Who is your name, young mortal!?” growled A’aggenipati.

As the young man unsheathed his kris, he closed his eyes.

“My name is Suro. I don’t really like to make a commotion. So please come inside this kris in calmly manner.”

Suro openend his eyes, grumbled, “This is why I hate red Djinn.” 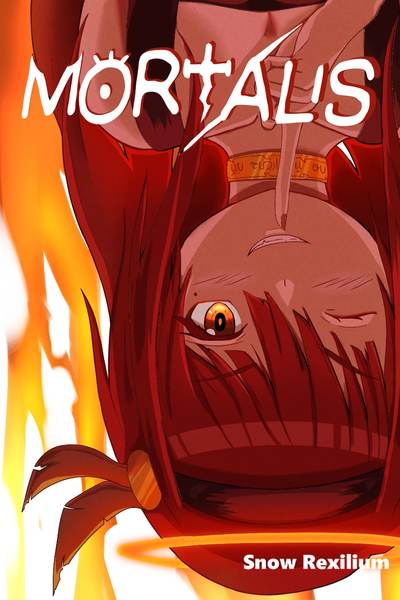 Suro was a self-proclaimed Supernatural Investigator. With his partner, a little girl, they were often hired to investigate strange and unexplainable occurrences involving dark, supernatural creatures from other dimension.
Subscribe 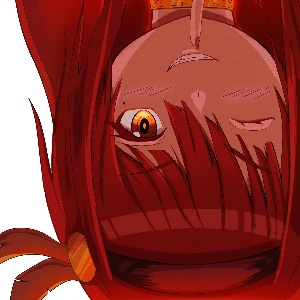