The torches flickered and cast elongated shadows across the stark white walls of the plain room. Moonlight shined through the glass windowpanes. Father sat straight-backed on the couch as he ran a hand through his red curls. He always raked a hand through his hair whenever stress ate away at him; it was one of the telltale signs that he was agitated. His rich red robes matched his hair. In a way it was ironic that he himself was bloodless, and yet he was dressed in nothing but blood-colored clothing. His skin was pale, stress corroded him, and the bags under his eyes sagged. Years ago, Maeva never would’ve thought that the brave, bold, and strong king of Krashna would become a husk of his former self. Likewise, Mother sat beside him wringing her hands together. Her hair was similarly streaked with silver. She was no longer the beauty of Krashna, but a tired woman who’d been drained from years of work. Stress tore their beauty away and aged them a decade. All because the Iklav Empire threatened to invade and bring war to Krashna.

Unlike their parents, Maeva and Darri sat calm, composed, and unaffected. Maeva’s red brows were pulled straight above her eyes while an air of neutrality caressed her otherwise pouty lips and defiant eyes. Although she appeared reserved from the outside, she truly wanted to run around screaming and crying. But she had already done that for the past year. Now that the time was growing close—in fact, it was barely a week away—she had to hold onto some dignity. Therefore, she didn’t throw a tantrum. No, today she was a dutiful daughter. Today, her kingdom meant more to her than anything else. Today, she was a true princess of Krashna.

She wasn’t fooling Darri, her older brother. His steel gray eyes saw through her and told her that he knew exactly what she was thinking. His arm was propped on his chair’s armrest and his chin sat upon his closed fist. Storms brewed in those dark eyes of his; they were eyes that told promises of vengeance and war. He was always like that—intimidating. He sat like a king, spoke like a king, breathed like a king and yet, he wasn’t the king. At least, not yet. But whenever Maeva was involved, he was her brother before he was the crown prince. He hadn’t believed her when she’d threatened to run away to escape from her fate. She should’ve been insulted at how nonchalant he was. In the end, though, he was right.

“Maeva, you know how important this is,” Mother whispered. Her voice wavered and she bit her lower lip, “I’m sorry it had to come to this.” It was too late for apologies. They were only a day away from reaching the palace of Jora. If they had wanted to change their minds, it should have happened sooner. Now, it was too late. Maeva didn’t voice her opinion out loud. She didn’t have to.

“Don’t apologize,” Father said as he slammed his hand down on the armrest. He narrowed his eyes at Mother. “There’s nothing to apologize for. Why are you treating her like that?” Mother lowered her head in response as her dark hair spilled over her trembling shoulders. She was always so strong, outspoken, and fierce, but not when it involved her children. She crumbled at the mere thought of losing her children or sacrificing them for the betterment of the country. She was a queen, but before that, she was their mother.

“Father, Mother, I’m fine, really.” Maeva didn’t even try smiling. There was no point in pretending that everything was going to be fine. She pushed her hair behind her shoulder and leaned back in her seat. She tried to convey nonchalance with an air of disinterest. Outwardly, she didn’t let it affect her. She refused to snivel and sob at her fate. “You both knew I would eventually get married.”

A muscle on Darri’s jaw twitched, but he otherwise remained silent. Mother’s eyes misted over and Father pursed his lips together. “Those damn Iklavans,” Father cursed. “Always wanting to conquer and destroy! Power is all they seek!”

The Iklav Empire was striving for more and more power. They had even conquered Nastik, which was the weakest country on the landmass. After that war, they set their sights on the neighboring kingdoms of Krashna and Jora. An alliance was in order and naturally, Maeva, the princess of Krashna, was to wed the third prince of Jora, Prince Haruk. That way, war wouldn’t fall upon them. It was beneficial for both countries, but it was bittersweet. She was the spoiled only daughter in the royal family of Krashna.

“Princesses typically have arranged marriages anyway,” she said as she picked at her nails. They were freshly cut, clean, and polished. They were just like her: prim, proper, pretty, and not pampered for someone as barbarous as a Jora prince.

Mother brought a hand to her mouth, “Yes, I know. But…but we wanted you to marry for love—,”

“Enough. What’s done is done.” Father’s voice grated as he continued to speak, “Maeva, are you prepared to marry the third prince?”

“Do you know what it means to marry a prince of Jora?”

She pressed her lips together and hesitated. Jora was the strongest kingdom in the land. Jora was militaristic, powerful, and massive; it radiated with strength. Krashna was miniscule in comparison. To marry a prince of Jora meant to marry power. “What do you mean? He’s a prince—,”

“Precisely. And what are princes like?” Father pointed to Darri, who stiffened in response. “Arrogant, that’s what. Especially a prince from Jora.”

Darri rolled his eyes, “No need to point fingers, Father.”

“Marrying into the royal family is dangerous. Do not let them look down on you. Even someone as pretty as you will have a hard time.”

“Also, you must be wary of the other members of the royal family. They won’t treat this alliance like an alliance. They’ll regard it as charity.” He ground his teeth together. “Those Jora scum are always looking down upon us. They’ll look down upon you too, Maeva. Even though they need us to ensure that Iklav doesn’t rival them, they’ll act like we’rethe ones that need help.”

She lowered her lashes. If anyone dared look down upon her, she’d tear them to shreds before they saw what was coming. She was a storm; she struck and destroyed. She’d slice them apart and shove their faces to the ground to kiss her feet. Like Darri, the blessings of the War God ran in her veins; but she wouldn’t show it. No, she’d destroy them before they could even figure out what was happening. “I understand.”

“The only way a Jora scum can look upon someone equally and with respect is if he loves them. Do you understand where I’m going with this?” He inched closer to her as his blue eyes glimmered in the torchlight. “You must get on the third prince’s good side. If you do, he will consider our kingdom as his kingdom and he will protect it when the time comes. The better your relationship with him, the better our kingdom fares. Do you understand? You must make him fall in love with you. Each prince in Jora has power—even the third prince.”

Maeva nodded. Seducing the third prince would be easy enough. Men fell for her any time she walked into a room. All she had to do was pout, smile, and laugh like he was the only one in her world. Men were easy like that. If they saw a pretty girl, they pounced. It wasn’t that difficult to manipulate them. It shouldn’t have been too hard to wrap the third prince around her finger. Royalty or not, he was still a man.

Although men were easy to manipulate, and she did her fair share of scheming, she had always stupidly believed that she would marry for love. She had always dreamt of finding the perfect man and having him sweep her off her feet. Mother always said that the stronger the love between two individuals, the stronger the marriage. That was why they wanted her to find her own marriage partner, but none of that mattered now. She was once again a typical princess who was forced into an arranged political marriage.

All of her fantasies drowned away when Iklav conquered Nastik. The impending war drew even closer, and the only way to save themselves was to align with Jora. It was the best option, but it shattered her dream of having a happy and loving marriage.

She complained nonstop about how unfair it was. She pointed out that her parents were breaking their promises, but they didn’t listen. Her parents, who always listened to her every plea, refused to even hear her words or her tears. It was for the greater good, they said.

“Maeva, this is the best option for our country.” Mother’s expression looked uncomfortably pinched, but she forced a smile on her face, nonetheless. It slipped away as soon as it appeared while worry lines etched themselves across her forehead. “Be safe.”

Link to the comic:
https://tapas.io/series/post-comic 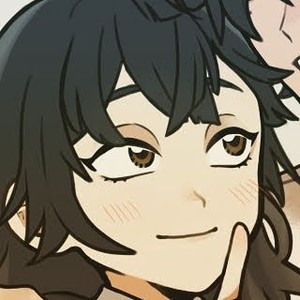 Is it set like in an Indian world? Krashna sounds way familiar to a god, Krishna. 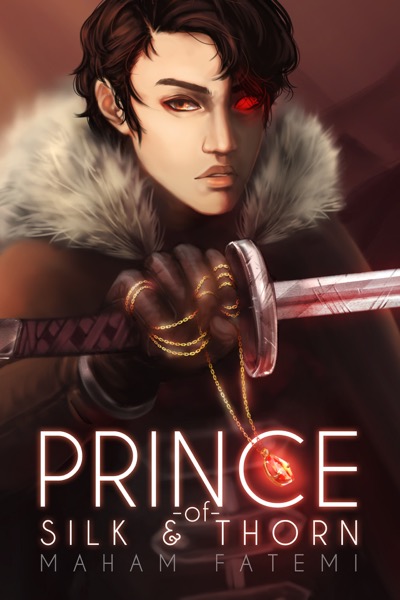 As princess of Krashna, Maeva has always gotten her way. But when she is sent to marry the third prince of Jora, Haruk, she has little choice in the matter. Due to an impending war against another kingdom, it is her duty to marry him and solidify the alliance between Jora and Krashna. However, the third prince proves to be unenthusiastic, lazy, seemingly unemotional, and extremely unmotivated. Still, Maeva hopes that by getting close to him and gaining his love, her country would benefit politically. Yet she can't shake the feeling of something strange...that there is more behind his expressionless, dark eyes. 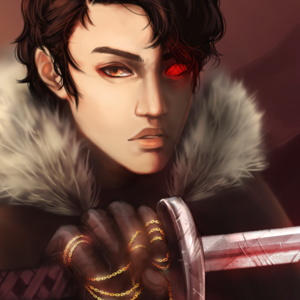