The weather is starting to get hot in Toronto, I can feel it from inside my house, the sunlight gently kisses the frozen daisies melting the ice above them. People walking freely on the street while eating ice cream and showing a lot of their skin so the sun can reach and warm their blood, for a vampire like me that would be an amazing feast with endless options to choose. I wish I was a normal vampire like those ancient ones, but my family had a thing with witches and now I only need to touch someone to absorb my "food", or as anyone calls it "feelings and sensations". It's not a blessing, at all, I have to wear leather gloves all the time so I won't kill anyone by accident. I am 130 years old and most of my life I've been trying to find a cure for it, or at least decrease the damage of my contact.

One thing I love the most is that I don't need to hide who I am anymore, the supernatural world and the humans made an agreement because since some monsters, demons and aliens started to attack the Earth they need us to fight back, and this is awesome but I don't think I am the superhero type, but I try my best. I just need to be really careful when I am helping someone, especially when they want to thank me by shaking my hand or even hugging me.

One day I was walking in Downtown and I saw this guy stealing at a grocery shop, the man was pointing a gun at the customers customers so I had to do something. But it was so easy and fast that I didn't really enjoy the moment, I just had to touch his hand and then the guy was on the floor looking pale and having a stroke. What? It's boring, I know, but it's all I can do.

"Hey asshole" my best friend, Wanda, pops into my room. She is a witch and doesn't care about something called privacy.

"Why can't you just use the door or at least tell me you're coming?" I sincerely ask her "It's not that hard you know" I keep looking through the window, the way the sun reaches into the trees waking up the birds.

"Why do I have to walk from my apartment to yours when I can just appear in your room within a second?" she raises her eyebrow and goes straight to the fridge "You know what is coming, right? are you ready?" she picks up a bottle of orange juice and pour it in two cups.

"You know I'm always ready, I just have this strange feeling that something really bad is going to happen this time" I grab one of the cups and drink the sweet juice.

"You know, you're not the only one" she drinks and stare out the window "Since the last time I have this bad feeling hunting me day and night, I asked my grandma but all that she could tell me was a 'Be careful child, times are different' and that is it" Wanda sits on the couch while still staring out the window "What do you think it is?"

"I always have an answer for that, but not this time" I join her and turn the television on.

"She also said that I should take care of my friends more, but I didn't understand. Is everything okay with you?".

"I think I'm fine, I'm just trying not to die from starvation" I surf through the channels until I stop in at a History Channel, they're talking about ancient magic.

"The diet is not going well?" she turns to me and puts the back of her hand on my forehead.

"It's working, but it doesn't give me enough energy you know?" I look at her when she is checking under my eyes.

Wanda is a Canadian witch, she is a tall white skin girl with long hazelnut hair, not too curly but not too straight. Her family is devoted to help people with medical witchcraft, herbs and brewery. It's like having a doctor all the time. I don't know much about her family tree, but she is some years older than me and still look like she is 25 years old.

The diet we're talking about is something an old friend of mine gave me. I absorb food through plants and animals. It works, but it's not 100% effective.

"You know you can just go to the hospital and..." she starts to talk but I raise my hand to stop her.

"I won't do that, I don't think I can do that" I start to feel uncomfortable and move my position on the couch, I look at the television and try to listen to what it says, it's something about calling ancient gods so they can help you with spell studies.

"I just don't want you to be weak when the summer starts" she starts to watch "And this is dangerous, you have to know how to talk to ancient gods".

Let me explain. Every spring and summer the supernatural world turns out to be a huge problem, because of the Sun the human smell gets really intensive and we barely can control supernatural disasters of any kind. Evil vampires, zombies, aliens, ancient monsters they all go crazy and start a big mess in the city and the population freak out. The thing is, the last time we had a problem with helping humans because the monsters were too strong, and we had to have a lot of help including superheroes. And since that I have been having a really strange sensation, the last time I felt this I was fighting Vlad the Impaler. It's like something big is about to happen.

The television starts to glitch.

"Wha..." Wanda immediately gets up of the couch "Someone is here".

"I..." something grabs me by my neck and throw me on the wall near the window.

"EDDIE!" Wanda screams in shock and starts to checking me out "Are you okay?"

"I'm fine, I just.... what happened?" I'm in shock, I felt the hands around my neck but I didn't sense or see anyone.

"Well, it looks like I have found the last vampire of your kind" the air in front of me trembles and a figure appears, it's a man.

"Who are you?" I get up and put myself in front of Wanda.

"I am many and I am no one, I was sent by my master to kill any Van blood that I find in my way, and looks like you are the last one" it's a pale tall man, his hair is long and dark grey color, his eyes are completely black and I can't stare at them for too long, I believe he's seeing through my soul. His clothes are from the Greek Dark Age, he's an ancient "Do not be scared, it is not gonna hurt... For me" he approaches and Wanda quickly cast a ball of energy from behind me and throws at the man, I feel the impact behind my ears, but it does nothing to him. He laughs "Wise witch, I am going to kill you later" he waves his hands and throws Wanda across the room, she falls unconscious over the dinner table.

"WANDA, NO!" I try to run to her but the man casts a root spell and I am trapped.

"Let us just finish it, shall we? I am late for an appointment" He puts his hands on my chest and I feel like something is pulling my soul out of my body.

I raise my hands in an attempt to touch his hands but I fail, the pain is unbearable, I can't see straight anymore and I am starting to feel tired.

I can't let him win.

I don't know what to do.

My vision turn black and I can only feel my body hitting the floor. 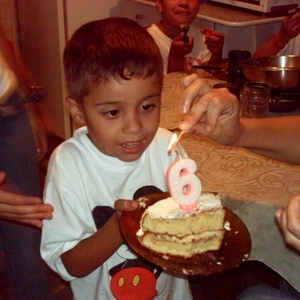 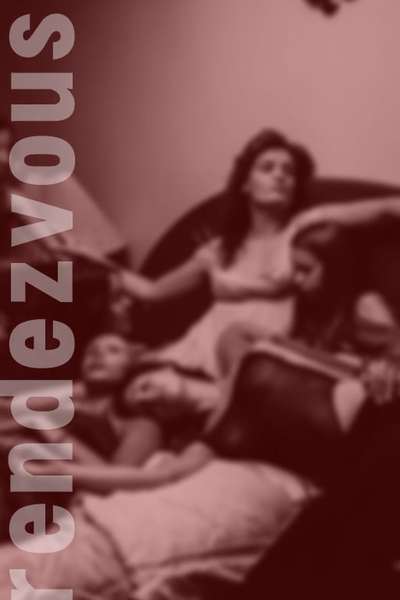 A short story about a 130 years old North American vampire called Eddie Van, he's been helping people with supernatural problems. He finds himself trapped when someone took his vampires powers off of him and desperately seeks for help, what he could not imagine is the help coming from a 20 years old Canadian witch boy who seeks to find his place in the supernatural world.
Subscribe 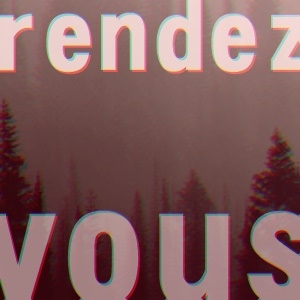