Return of the Keeper

Talia rolls her eyes, ignoring the shouts echoing behind her. The idiots have been shouting for a while, but they still haven’t managed to catch up. This part of the city is a twisting maze of narrow side streets—market stalls, shops, apartments, and offices all jumbled together like some kind of nightmare creature—and at least one person a day probably gets consumed in the labyrinth but she could navigate it in her sleep.

She turns left, jumping over the hood of a parked car, and heads down a back alley full of trash bins and discarded furniture. Overhead, laundry flutters from the balconies of apartment buildings like restless, colorful ghosts. The idiots are gaining, but that’s only going to work to Talia’s advantage.

She skids to a stop as the alley dead ends into a concrete wall, turning to face her pursuers.

“Whoops,” The ringleader says, towering nearly twice her height (which she can privately admit isn’t saying much). His grin warps his handsome features into something dark and ugly and he has the shoulders of someone who spends too much time in the gym like he’s got something to prove. “Looks like you took a wrong turn.”

It’s so cliche that Talia wants to roll her eyes a second time. Then again, witty turns of phrase have never been this group’s forte.

Ringleader’s cronies fan out behind him, five in total, and they’ve got the same smile, the same violent glint in their eyes. She wants to ask them if they practiced it in a mirror together, but insults would be a waste of time.

Instead, she just grins back, a flash of teeth, and moves.

Idiot #1 yelps as she aims a spinning kick at his head, scrambling backwards to get out of range. She tips backwards and catches herself with a palm against the dirt, shifting her weight to launch herself feet first at Idiot #2 instead. He’s not as fast and she slams the soles of both her boots into his chest.

Next, she snatches the lid from one of the nearby trash cans and throw it like a frisbee towards Idiot #3. He’s not quite fast enough either and staggers back, clutching his bruised head. She seizes the opening to land a punch to his solar plexus and then a hard chop to the back of his neck, sending him face-first to the dirty pavement.

And then there were three.

“GET HER!” he screeches at his minions.

She waits for Idiot #1 to rush her, fists up, and grabs the trash can lid again. One swift, brutal blow to the face and then there were two.

Idiot #4, the smartest, tries to run. She surges forward, grabbing onto the back of his shirt, and kicks his feet out from under him at the same time. He crashes to his knees, but before Talia can finish him, Chief Idiot finally decides to make a move, swinging at her head. She dodges to the side, dragging Idiot #4 with her, and turns to see Chief Idiot staring at her with a broken ego and revenge in his beady eyes.

Right. Time to finish this.

Gritting her teeth, she gives Idiot #4 a hard shove, sending him toppling into Chief Idiot. They both crash to the ground with twin shouts. Like a scene out of an old cartoon, she delivers the final blow with her trusty trash can lid, knocking their faces flat with a clang.

Now would be the perfect time for an insult, but witty retorts aren’t her forte either so she just leaves them in groaning heaps, hopefully taking the time to think about their life choices.

As she exits the alley, a calloused hand latches onto her shoulder. She blinks up at a stern face, framed by the halo of her short white hair: Polo

“You dropped this,” Polo says and deposits an amulet into Talia’s hand—a clear crystal on the end of a long silver chain.

“Why do you care so much about this?” Talia asks as she puts it over her head.

“It’s important,” Polo replies, as cryptic as always. Her blue eyes narrow, taking in the dirt on Talia’s face and clothes and the lines on her hands from the ridges of the trash can lid—a familiar scene. “Are you getting into fights again?”

“Has there ever been a time when I wasn’t getting into fights?”

Polo sighs, but changes the subject. “How is school? Mrs. Weathers called me. Said you’ve been missing classes again.”

Talia frowns. “How does she have your number?”

“I’m still your emergency contact.” Polo levels me with her lazer gaze—the one that feels as though she’s peeling you apart one layer at a time until all your vulnerable pieces are exposed. “And no one was answering at home.”

“That’s not a surprise,” I mutter.

Whatever came next was drowned out by the sudden, furious blare of a horn. Talia’s eyes go wide as a car careens down the street towards them, showing no signs of slowing down.

She doesn’t think. Instinct and training take over as she shoves Polo out of the way with all her strength. The world narrows down to the car and Talia and a brilliant green light that consumes everything.

Talia braces for an impact that never comes. When the light fades, she’s not lying in the street in a pool of her own blood but standing on an unfamiliar dirt road beneath a cloudless sky and … is that a blue sun?

“POLO!” She shouts in alarm, glancing around at this place she doesn’t recognize, full of squat buildings instead of the skyscrapers she’s spent her whole life under.

People gather like moths to a flame, dressed in unfamiliar, odd-fashioned clothes that look like they belong in a museum, and whispering amongst themselves. Talia ignores them, spinning in a frantic circle as she tries to find Polo.

“Polo? The one who kidnapped the Keeper?” one of the women murmurs to another.

The whispers grow louder. Talia hears snatches like “evil” and “magic” and “green light” until a shout rises above the rest. “This must be the Keeper! The Keeper has returned to us!”

An excited buzz takes over the crowd now surrounding Talia and several people start forward, arms reaching out. Her instinct takes over again, settling into a fighting stance. As she raises her hands, palms flat and fingers stiff, the earth itself moves beneath her feet. It feels like something flaring in the core of her, like an ancient power waking from a long slumber, like an echo of the earth itself in her ribcage—power unlike any she’s felt before. She stares in amazement at the giant hand that forms from dirt and stone, mimicking the exact form of her own.

Suddenly, she feels as though her bones have turned to lead and all the strength has been sapped from her body. She opens her mouth to yell, wanting to dispel whatever kind of dream this is, but black floods the corners of her vision.

Another blink, and the world goes dark. 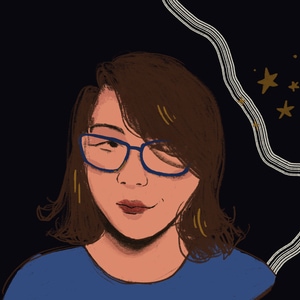 Hello, dear reader, welcome to Return of the Keeper. I hope you enjoyed the first chapter!

Talia is in quite the predicament, it seems. What would you do if you woke up in a strange, new world? 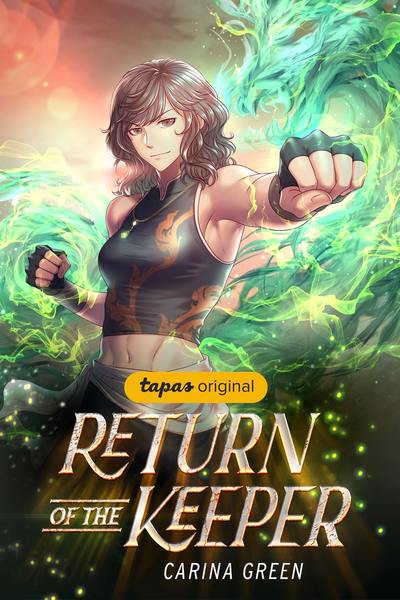 Return of the Keeper

A near-fatal car accident transports Talia to Tiera, a kingdom full of magic, wonder, and people who insist Talia is their long lost Keeper—a master of elemental magic. Talia’s sure they have it all wrong; she grew up on Earth shuffled from home to home through the foster care system. The only constant in her life was a mysterious woman named Polo who kept an eye on her from afar and who taught her to fight for those who cannot defend themselves.

In this new world, everyone, including Polo’s own son, is convinced that Polo was corrupted, kidnapping Talia to disrupt the centuries-long peace in Tiera. Plagued with visions of impending disasters, Talia must master her newfound magic and uncover her mysterious origins as a mythic evil rises up in Tiera, threatening the first place Talia has ever called home.
Subscribe 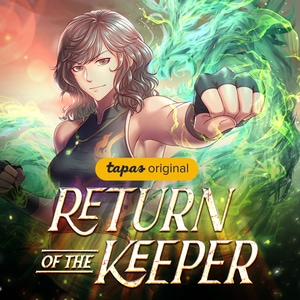