Siren of the Desert

The men admired the barely-perceptible figure of their leader, stealing glances from the corners of their eyes. He stood his ground against the raging storm like a warrior, his legs apart, hands held together behind his back and his head held high, as though challenging the storm. He was the image of calmness, supervising them with an all-seeing gaze that missed nothing as they went about their duties. He showed no sign of fatigue or discomfort as if this hell they’d been trapped within was a mere nuisance to him rather than a life-threatening situation. He was truly a man born of the desert and moulded by it.

A roaring, sand-filled gust of wind swept by, wreaking havoc throughout the camp, sweeping along any golden sand grains and tiny rocks that were light enough to be carried away. The oasis’s palm trees creaked and whipped from side to side. The small lake –small enough to be called a pond—that sat in the middle of the oasis was now buried beneath piles and piles of scorching sand, no longer useful. In a matter of seconds, visibility had been reduced to zero. Zain wiped his forehead of sweat; though it was windy, the air was stifling. He carefully adjusted his black keffiyeh which was wrapped around his mouth and neck as protection. Still, he tasted sand. It had been a very long time since he had encountered such an impressively ferocious sandstorm. A bolt of red lightning lit up the sky for an instant and was followed by an ominous rumbling.

He watched as half of his men secured the tents to the ground and rounded the frightened horses. The few camels the band owned were left for last; camels by nature knew how to survive sandstorms. The other half was busy chasing after weapons and gear that had been blown away.

“It looks as if we are going to have to recruit more men after this storm.” Saif materialised at his side. Unlike Zain, he did not wear a keffiyeh to shield his face from the sandstorm. Saif pointed to a man struggling in the distance. The lower half of Rashid’s body hung in the air while he was desperately trying to hold onto a wooden crate. And failing. He sighed and motioned for one of his men to go to his aid.

“It’s too bad we couldn’t take advantage of this sandstorm to infiltrate the town unseen in broad daylight. The people are all home, and the guards forced to remain outside are blinded.”

Once everything was glued to its spot, the men retired to their tents to wait out the sandstorm.

The sandstorm proved ferocious indeed; it lasted for approximately seven hours. Once the worst of it had abated, the men started emerging from their tents to account for everything. And to prepare.

Zain examined the horizon and immediately spotted the walls. From where he stood at the very top of a sand dune, they looked small, but in reality, they were anything but.

He sensed Saif’s presence behind him without turning to look. “Has he infiltrated the town yet?”

“Yes, he made it through without any problems. Now we wait for the shadow of darkness to descend as planned.” Saif came to stand beside him. He too stared at the grey walls in the distance. “One cannot help but wonder how those walls were built. I see your ancestors did not muck about when it came to security.”

“Just as we are not going to muck this up, Saif,” he warned in all seriousness. “We cannot fail.”

There was one sole trade route that crossed the Arabian Desert from the port of Sohar from the south-east and met up with the main route in Basra up in the north. Cities and towns that were spread along the Silk Road naturally flourished and were known to accumulate vast wealth, which made them targets for bandits and looters. The Walled Town of Malamar was one such town. However, raiding Malamar was virtually impossible, at least not without a trebuchet. A magnificent wall towering well over a hundred feet encased Malamar, hence its name. But for Zain, this was not simply another difficult raid which he and his men would drink to and promptly forget once successfully over. He was reclaiming that which rightfully belonged to him, that which he’d been denied.

He was going to reclaim his destiny. 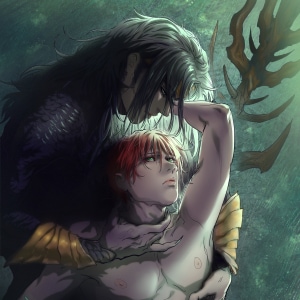 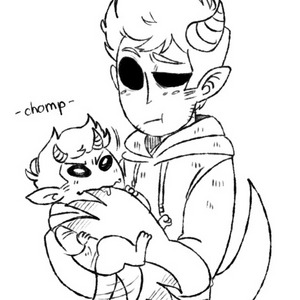 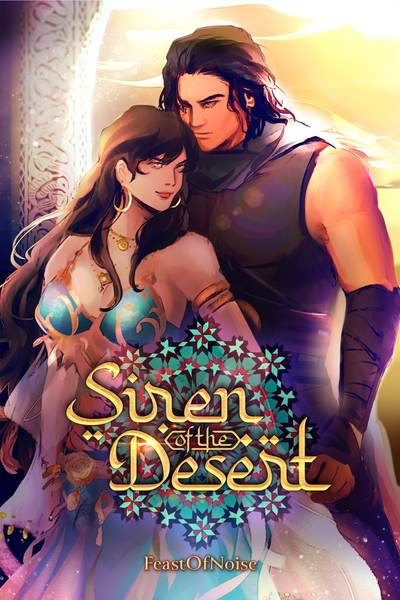 Siren of the Desert

Maria disguises herself as a helper boy when Zain, the black-hearted, demonically handsome bandit attacks their prosperous town in the middle of the Arabian Desert and claims it as his own, naming himself sheikh, in search of its riches and treasures and a secret goal precious to his dark heart. To innocent Maria, it's either stay hidden or risk being caught and forced into Sheikh Zain’s notorious harem.

She was a raging spitfire that burned through his every defense…

When Maria accidentally bumps into Zain one hot summer afternoon, revealing long hair, Zain is captivated and intrigued by the boy who turns out to be a feisty girl. He immediately desires the azure-eyed beauty whose melodious voice rivals that of a siren, and decides to capture and imprison her in his harem, for he must know who she is and where she came from.

Now a woman who craves freedom above all else, Maria will stop at nothing —nothing— to free herself from the devil himself even as she struggles against the tempestuous feelings that very devil elicits within her, all while a treacherous enemy plots against them.
Subscribe 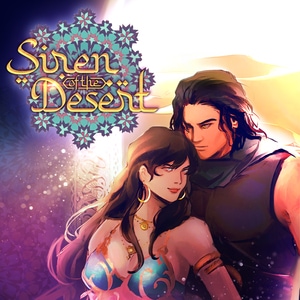