Once upon a time, there was a little girl who ruined a little bear’s life, and he would never forget it. What started as a normal day quickly turned rotten when he and his family got home. They found their house broken into, food eaten, chairs broken, and a small yellow haired girl was asleep in Baby Bear’s bed. He remembered waking her up with a fright. She used, as a blanket, the hide of a dead bear and jumped up quickly out of the bed. She ran out covering herself with the skin like a blur, out the door. She left a scent of lemons and honey lingering in the air. Papa Bear grew so angry that he went to chase the girl. He told his family he wanted to scare her and would be right back, but the whole day passed and he never came back. Momma Bear, worried, asked Baby Bear to wait while she looked for Papa Bear. The day passed...and she never came back either.

The little bear only knew loneliness after that. He waited for his parents to come home for a long time. He grew cold, colder everyday, wishing that little girl never showed up. He grew big, bigger everyday and a seed of revenge planted in his mind. He followed the scent of lemons and honey that he grew sensitive and keen to. He found a human village and lived at the edge of it. He watched carefully night after night memorizing the patterns of the humans that lived there. The scent was strong here, and grew stronger every day. His rage swelled and he planned to exact his revenge that night.

There were three girls with bright, yellow hair that lived in the town. He snuck in easily, having memorized the patrol patterns of the guards. He found the cottage of the first girl and looked through the open window. There was a little girl asleep in bed under the white moonlight and red gaze of the bear. He could see her bright golden hair, but the girl wasn’t the right age.

“Too young,” he thought and left the cottage undisturbed.

He found the home of the next woman. The door had been left open and he nudged it open gently with his nose. He studied the woman laying in bed, but her face was heavily wrinkled and her hair was starting to grey.

“Too old,” he thought, and left to find the last girl in the village with yellow hair. He finally found his way to the biggest house at the end of the village. It was much bigger than the other two and the property was gated with iron fencing. He stood up and used his massive size and broke down the gates with a single metallic thud. He entered the yard. It was filled with lemon trees and the scent made him angry and angrier. He began to drool unconsciously and his eyes went bloodshot. He entered the house from the back porch and made his way to the foyer. It was large and he felt the presence of many humans inside. Adorned across the walls were all manner of dead animal hides and trophies. He caught a whiff of honey and followed his nose up the stairs where the residents slept. The faint waft of honey originated at a slightly ajar door. He pushed his way in and saw a woman with golden curls sleeping in her bed and at her bedside vanity was an unfinished cup of tea and a small glass jar of honey next to it.

The bear closely examined the girl that lay there and his vision grew red and redder.  She smelled the same, she looked the same, and she was the right age. There were two bear hide rugs on the floor of her room. The bear’s eyes grew large and larger and he grinned wide and wider flashing his razor sharp teeth in the pale moonlight. He glared at the girl and started to breathe heavily from his mouth and nose, as if moaning, flinging moist snot and viscous drool onto her sleeping face.

This woke her up with a fright. The last thing she could remember was a giant, dark mass growling at her, “Just Right!” 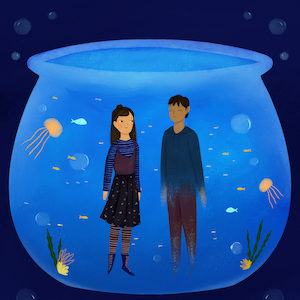 Once upon a time, there was a little girl who ruined a little bear’s life, and he would never forget it. 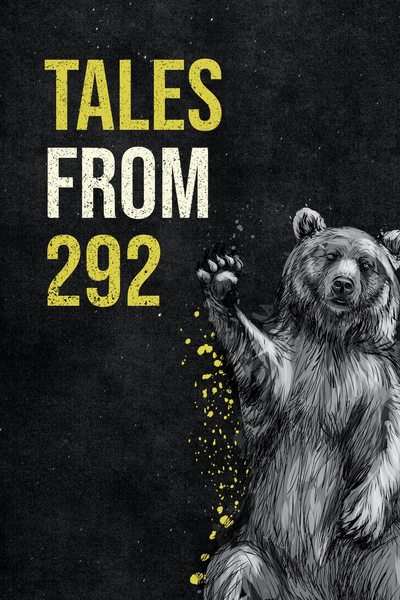 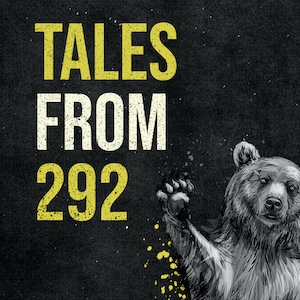