The Bite of Fangs

The singing and applause from the group surrounding me were more irritating than anything. Still, I smiled, even as my fingernails dug into the palms of my hands where they rested in my lap. The whole thing - the party, the cake, even the small pile of gifts, seemed like it was happening to some other guy, in some other world.

Not to me. this wasn't supposed to be my life.

Still, I forced myself to smile as I blew out the candles. I knew my mom had put a lot of effort into throwing me this party, and even my dad had tried hard to make it a good day, despite everything. My friends, of course, were oblivious to my troubled thoughts, and I needed to keep it that way. After all, they couldn't know.

My face was beginning to ache from smiling, but I kept it up as the cake was sliced and served. It was red velvet, normally my favorite, but I could barely stomach it today. I kept up the charade, though, and laughed and ate with my friends even while I was furious on the inside.

After that, it was time for presents. I knew what I wanted, of course - a wooden stake and some garlic and a real vampire hunt. But I knew that wasn't coming, so the usual thrill at surprise was dull in my stomach.

My friends knew me well, or at least part of me, and most of my presents were books, with a few gift cards thrown in for good measure. As a bibliophile of the highest order, I should have been pleased.

I didn't even care.

Finally, my mom and dad lead me out of the house for my final gift, and I suddenly knew what they had gotten me. As I stepped out of the front door, there it was, sitting in the driveway. A blue Jeep, my own car.

If things were different, I would have been overjoyed. And, to be honest, I was pretty happy with it. But my thoughts were still dark.

I knew I had only gotten such an expensive gift to make up for what I was lacking this year.

Still, my smile was genuine for the first time that day as I examined the Jeep. I didn't know a ton about cars, as my focus had been elsewhere, but I could tell this one had been refurbished well.

I should have been overjoyed. Instead, I could barely muster up the proper gratitude as I hugged my mom and dad and thanked them for the gift.

"I know it's not what you wanted," my dad said quietly. "But I hope you still love it."

I made myself grin at him, pretending that I was happy. And I felt guilty for not being as grateful as I should have been. It was an awesome present, and if things had been different, the day would have been brilliant. The perfect sixteenth birthday.

But as I climbed into the driver's seat, my friends piling into the car around me, all I could think about was the life I had been trained for. The life that had been snatched away from me not two years ago. When the vampires revealed themselves to humanity.

Now, vampires were legally people, and vampire hunting was murder. My parents were criminals.

Not that anyone knew. As a rule, vampire hunters were insular. Families of hunters connected with other families, but we were always careful to keep our knowledge and abilities from the public. From the authorities. And, especially, from the supernatural.

It was pointless now. Vampires were no longer the monster under your bed, the hidden predator in the woods. They were citizens of the world, and for the most part, people welcomed them. The majority were for vampire rights. Enough that in two short years, they were considered human.

The thought pissed me off. For hundreds of years, thousands, vampires have been hunting humans like animals, drinking our blood, and leaving us for dead. Men, women, children, it never mattered to them. They were monsters. But a few sweet words whispered into the right ears, and they were forgiven? It was bullshit.

"Is something wrong, Vic?" My best friend, Ryan, asked from the passenger seat. Some of my thoughts must have shown on my face because he looked worried.

Ryan was very much pro-vampire, I knew. He thought that vampires were cool, even attractive. I couldn't convince him differently, not without revealing too much. Any evidence I had would implicate my family.

"Dunno. It's all a bit much. You know me," I joked, "I don't like to be the center of attention." Which wasn't a lie, exactly, even if it wasn't the whole truth. Vampire hunters avoided the spotlight, and I took that to a new extreme. And I had the anxiety diagnosis to prove it.

He nodded, apparently taking my excuse at face value, and for that I was grateful. I didn't want him asking the wrong questions just because I was a bad actor. I had too many secrets for that.

"Well, at least you got a car out of it," he said, buckling his seat belt. Ryan was still fifteen for another two months, and I knew he was jealous.

It was hard for me to appreciate my own luck, though. Because on my sixteenth birthday, and for most of my life, I had expected this day to be my first hunt. I had trained and studied and prepared for it, even after the vampires came to light, because somehow I never expected the Supreme Court to grant vampires equal rights.

The verdict had only come down six months ago, and it was a nail in my own coffin. My dad put his foot down, and my mom followed. No hunting on my birthday. In fact, no hunting, ever. They were retiring, and I would never have the chance to begin.

I couldn't help the resentment that filled me. Towards my parents for being cowards, towards the government who put us all at risk. And especially towards vampires themselves. The absolute audacity they had, to come out of the shadows and pretend to be civilized when they had been killing us for so long.

"Come on, let's go!" Ryan said, slapping me on the back. Jake and Brad, my other two friends, both shouted encouragement as I started the engine.

I grinned, and this time it was a real one. I was excited to drive my car for the first time, and I had good friends to take with me.

"Okay honey! Be back by ten for the sleepover!"

I cranked up the radio before pulling out of the driveway, and my friends shouted encouragement as I pressed my foot on the gas, taking off.

I grinned, and this time it was a real one. I was excited to drive my car for the first time, and I had good friends to take with me.

"Okay honey! Be back by ten for the sleepover!"

I cranked up the radio before pulling out of the driveway, and my friends shouted encouragement as I pressed my foot on the gas, taking off, laughing as I sped down the street. I would probably catch hell for it later, but at the moment it was worth it.

"Hell yeah!" Jake whooped, standing up in his seat and sticking his head out through the absent roof of the Jeep.

I laughed, yelling at him to sit down before we got pulled over.

Ryan turned to me, an excited expression on his face.

"You have four-wheel drive, right?" he asked, his hair wild from the wind.

I raised an eyebrow, turning to look at him as I stopped at a red light.

"Let's take this baby off-road. You know that trail behind the 7-11, right? It's wide enough for a truck - we could definitely fit."

I considered this for a moment, and when the light turned green, I turned left.

We left the convenience store about ten minutes later, loaded up with chips and energy drinks. I had no plans on sleeping that night, so it didn’t matter if I drank tons of caffeine. And my friends didn't seem to care, either.

Back in the Jeep, we cracked open out drinks before I pulled out of the parking spot. But instead of going back to the road, I headed to the back of the store. Just as I remembered, there was a dirt path there, leading into the woods.

I glanced at Ryan, suddenly wondering if this was a bad idea. After all, it was growing dark. And I knew the sorts of things that could be lurking after the sun went down. Vampires were still a threat, even if they pretended to be civilized now. But it wouldn’t make sense for them to go around attacking humans, not anymore. One verified report of a vampire attack or death of a human at supernatural hands could turn their entire movement on its head.

They wouldn't take the risk.

My heart lighter, I decided to continue on down the off-road trail. Besides, my family had made sure that Fordson Heights, Michigan, was a haven from vampires. Any one of the creatures who dared enter our territory was killed or chased off.

Encouraged by my friends, I laughed as I drove even faster, the uneven dirt road and hills giving us a thrill. Maybe it was reckless, but at the moment I didn't care.

For the first time since vampires came out of the coffin, I felt happy. My mind wasn’t on my lost potential, but on my future. So I wouldn’t hunt vampires as every Kirkland had since time immemorial. Maybe I could do something else. Something better.

I had my whole life ahead of me, after all. I could be anything, do anything I wanted. Just because it wasn’t what I planned didn’t mean it would be a disaster.

And who knew how things would go with the vampires? Support for them could turn any day. If and when that day came, I would be ready.

I glanced over at Ryan with a grin, when he shouted and pointed at the windshield. As I turned back, I shouted to, hitting the brakes and spinning the steering wheel. Someone was standing in the middle of the trail.

I barely had time to realize that I was going to hit the tree before everything went black. 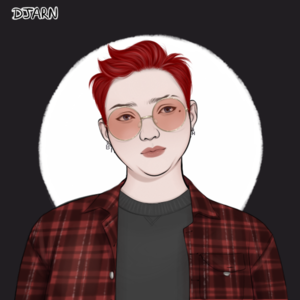 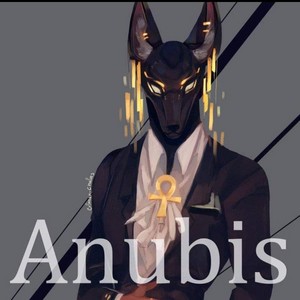 This seems really interesting! Can't wait for the next upload 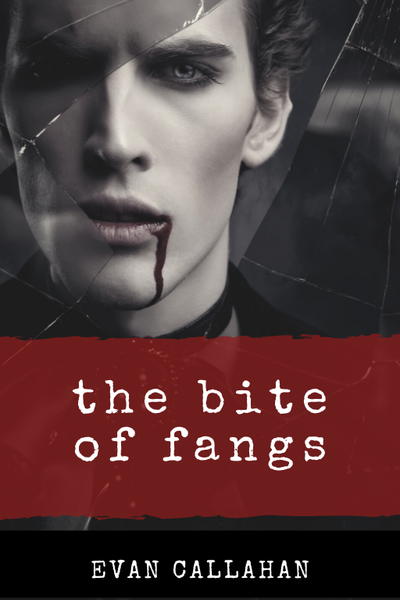 The Bite of Fangs

Victor Kirkland was raised to hunt vampires. It's been his family's goal for generations - to protect humanity. But ever since supernatural beings revealed themselves to the world at large, he's felt aimless. After all, vampire hunting is illegal now.

On his 16th birthday, Victor was meant to go on his first hunt. Instead, he finds himself attacked by vampires, in revenge for his family's actions against them. He doesn't expect to survive the night, sure that they're going to kill him. Instead, he's rescued by a vampire who claims to be his mate.

Ethan Donovan is a hundred-year-old vampire and the progeny of his clan's king. And he knows his mate when he scents his blood - the perfect match for him. He can't allow any harm to come to him, not ever.

Nor can he allow his mate to leave him.
Subscribe 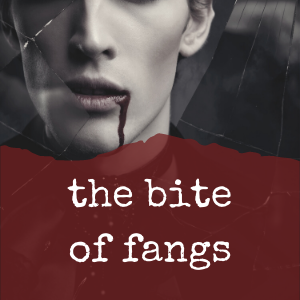