I had been pacing my room for hours, waiting for the dress. My own dress, not one of the hand-me-downs passed on from my stepsisters. They had never found me worthy of a new one, with my pointy ears and golden eyes. I understood their disdain; being half-demon was nothing to be proud of. The taunting had never stopped since my adoptive father brought me home after the first war between Thornland and Voke. Seventeen years ago, he had rescued me from the ashes of my burning house in Voke, the demon kingdom.

My father’s generosity had saved me. Who else would have taken in a half-demon, half-human child, and raised her amongst their own? I was now glad to call Thornland, the human kingdom, my own. Today, I vowed to make my family proud.

I stood by my curtainless window, contemplating the mounds of charred ground that once were the green hills of Thornland.

“Look at what your kind has done,” Mara, my step-mother, had hissed this time last year, as she tore the drapes from my window. “You demons shouldn’t be allowed to hide behind curtains.”

The new war between Thornland and Voke was only brewing back then, each side harassing the other.

“What goes around comes around, Tatiana,” Mara had jeered, stepping on my curtains.

Further to the East of the charred hills, I could now see the river that had recently flooded Voke, enabling Thornland’s army to besiege them.

My thoughts were interrupted when the chambermaid finally came in with the most exquisite dress. Father had designed it himself, and I hoped he would find me worthy of it. It was the same gold as my eyes. For the first time, I wouldn’t be ashamed of their color. Thanks to my demon half, I would help my kingdom end this war.

Shadowtongue, the language of demons, can only be spoken by those with demon blood. It will be crucial in negotiating peace between the Human King, Hughes and the Demon King, Luther. I was one of the only ones in Thornland who could speak it. As the court interpreter, I had translated countless conversations, but never of such significance.

My heart was beating faster than ever when I left my room. Father was already waiting for me atop the grand staircase, his piercing eyes examining me.

“You look breathtaking,” he said, satisfied.

I blushed, unable to hide my happiness.

“Are you comfortable in the dress?” he inquired once we were in the carriage taking us to King Hughes’ castle.

I did feel something in my right sleeve, like a pin forgotten by a seamstress, but said nothing. I worried I would seem ungrateful.

He leaned in, fierce. “Today, you are doing your duty for Thornland”.

I wanted nothing more.

I had never met the Demon King, only heard of his cruelty. Would I be up to the task? In my head, I rehearsed the traditional demon greeting, a clasp of arms. Father had made me repeat it over and over again, even though I was already familiar with it.

“A lot hinges on you greeting him perfectly,” Father asserted.

We took our places next to the king’s throne. One mispronounced word, and it could all go awry. The iron doors to the throne room swung open. The demon delegation had arrived. I looked up and for the first time saw the Demon King, Luther. He was impressively tall and muscular, but it was his eyes that struck me. Despite their cool purple color, they were not cold. King Luther bowed in front of our king. I knew I shouldn’t have, but I felt respect for this man who so humbly presented himself to our court, willing to negotiate a deal for the good of his people.

Hearing my father Duke Franco’s name next to my own bolstered my courage. It was time. I took a breath to calm my nerves and stepped towards King Luther. I held out my arm and felt his strength as he clasped my forearm and I clasped his. So far, so good.

But as I pulled my arm away, King Luther held on, shocked. I looked down at our interlaced arms, confused: there was something between our flesh. It must have been the forgotten pin in the lining of the sleeve. As I looked up at King Luther, I saw a new expression in his eyes. Horror. Around me, I heard a growing murmur.

King Luther gasped and collapsed, dragging me down with him.

“No!” I freed myself from King Luther and scrambled up to my feet. Behind me, the demon guard was unsheathing his blade.

I looked at Father in a panic, but he didn’t move from his position. Everyone was staring at me, and King Luther was convulsing at my feet.

The demon guard charged towards me, his sword lifted. I started towards Father, but it was too late. The blade sliced through my body. Sickening pain. I tried to run, but my legs wouldn’t carry me. I met King Luther on the ground.

I glanced up and saw Father.

“Your sacrifice will save Thornland,” I heard before he turned away.

Sacrifice? I glimpsed at my belly and noticed the blood ruining my dress.

My head was heavy. I leaned on King Luther’s chest. I noticed the needle in his arm. How does someone die from a needle prick? Unless… Suddenly I realized: Father had poisoned the needle and used me to carry out King Luther’s murder.

All my life, I had been a pawn.

As I lay there dying, only one word came to me: regret. I wished I’d lived a different life in which my sole concern was loving myself instead of chasing the love of a father who only ever saw me as disposable. I felt my eyes close.

Silence. Darkness. Instinctively, I touched my stomach. I was wearing my old ragged nightgown, lying in my bed. No scar? Was I in the afterlife? If I had to spend eternity somewhere, I hoped with all my heart it wouldn’t have to be here.

And why was it so dark? Since Mara had removed the curtains a year ago, my bedroom was always flooded with light. After a moment, I realized I was sitting in darkness because somehow my curtains were back on the windows...I opened them and, although it was early, I could make out the...green hills? How? The last time I saw the flowers blooming from my window was… before the new war.

In the East, I could see the river, its narrow stream shimmering in the early morning light. So narrow that it almost looked like...it hadn’t flooded yet.

My entire body prickled with a surge of adrenaline as I tried to make sense of this. But there was only one explanation: I had woken up a year in the past. I wasn’t sure how, but I hadn’t died...I was sent back.

One certainty rose through the confusion: it was time for change. I made a new vow to myself: I was done vying for the love and respect of a family that had never once cared for me.

“What goes around comes around,” Mara had hissed. Yes, I thought. It does indeed, but this time, it will come for you. 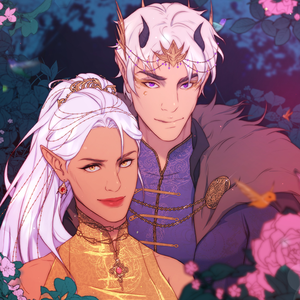 I am a sucker for these types of reincarnation do everything better stories😍The shadowlanguage thing and her being an interpreter has sparked my interest🤔 This looks very promising! 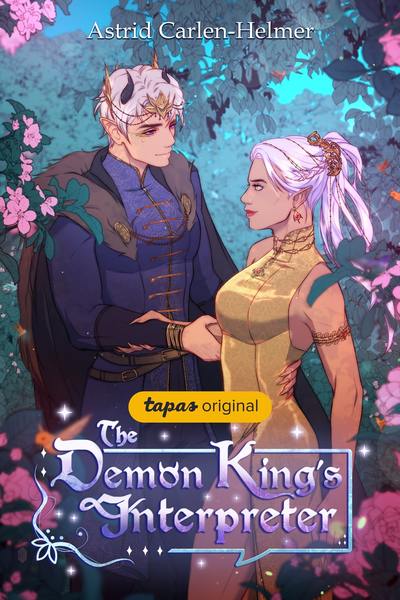 Tatiana, a half-demon/half-human, was orphaned as a child by a horrific war between the demon and human kingdoms. A human Duke took her in, but only so that he could take advantage of her special skill: Tatiana can speak Shadowtongue, the native language of demons, unspeakable by anyone devoid of demon blood. Despite the abuse she receives from the Duke’s family, she works hard as an interpreter between the kingdoms, in hopes of maintaining peace and winning her family’s affection.

Her efforts prove worthless, however, when she is unwittingly used by the Duke as a political pawn and killed for her actions. Just as Tatiana thinks she has breathed her last—she wakes up, one year prior to her death! Determined not to beg for love any longer, and armed with advanced knowledge of the villainous deals made by the Duke, Tatiana flees to the Demon High Court and offers her knowledge to the Demon King Luther himself in exchange for sanctuary. The notoriously cold-hearted warrior king is intrigued by the bold half-demon woman’s offer and accepts her proposal, not expecting that she will also work her way into his heart. 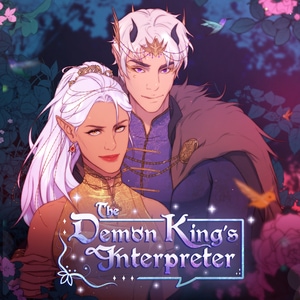