Disasters always came unannounced. To Yuki it seemed that her life was moving in an increasingly rapid downward spiral with failed brakes. There weren't any stops. If raising a three-year-old son hadn't been enough, fate was giving her extra baggage in the form of a tall, handsome, and devilishly wicked seventy-five-year-old demon.

Demon. A snort left her mouth. She didn't remember where it began to go wrong. Was it her words? Was it his deception? Yuki asked herself the same thing over and over again.

Why did she do it?

As she pondered over the reason, her son climbed up on her lap and rested his head in the crook of her arms. Yuki sought a comfortable position on the couch. A glance at her son and she could tell that he was burning with curiosity. What new obsession plagued his mind? Yuki smiled and wondered how these three years had passed by so quickly. Yuu, her son, was growing up faster than she could keep track of, and it hurt her to leave him behind for work every day. Yuki’s mother didn't like Yuki or Yuki’s son. Yuki knew it. She was a daughter with no husband, a child her mother was too ashamed to call her own. How could she let her mother babysit Yuu and not feel guilty? Was that why she did it?

Yuki was lost in her thoughts. Yuu didn't call again. After a while, she sighed and trailed her fingers through his hair. “Sleep, Yuu-chan. I’ll sing you a lullaby.”

“Hai,” he replied and closed his eyes.

As the notes of her voice carried away in the air, her thoughts drifted back to the eccentric evening she had experienced. As much as she thought about it, her mind still couldn’t grasp the whole situation. How did she accidentally summon a demon? A shiver ran down her body. It couldn’t be…

"Sex, money, power, fame..." Kuros hissed as his nimble fingers extended out from his hands to leave a trail of goosebumps along Yuki's jawline. He breathed his words along her arched neck, tickling her ear with the brush of his lips, sending shivers throughout her body. The small woman's body staggered under his spell. A smile crept up his face. "Say it, and it's yours."

The abrupt whistle of the rice cooker startled Yuki out of her trance. Unable to form an answer to his questions, she stepped away from the daunting figure and blinked. Her thumb throbbed as blood gushed out from the knife cut, and stray thoughts fell away as she focused on the wound. Remembering the band-aid under the cabinet in the bedroom, she called out to her son, "Yuu-chan!"

"Yuki..." The demon beckoned her, frustrated at her distraction and with the way she ignored him. "Tell me your wish."

His question went unheard. The light on the rice cooker blinked, and she hurried to switch off the button and settle the noise. "Yuu-chan! Mama is waiting for the band-aid."

"Yuki, you have summoned me." Kuros blocked her way as she attempted to sidestep around the dark entity in the kitchen. "I'll grant you three wishes."

A thick, dark drop of blood gleamed on Yuki's finger. Kuros’ eyes twitched as Yuki brought her thumb to her lips and sucked on her thumb to heal the wound. The action captured him with its sensuality and waves of darkness wafted off Kuros' body, trapping Yuki in their wispy trails. A dark aura surrounded them. It caged them away from reality and transported them to a different dimension.

"Tell me your desires." Kuros looked into her eyes and attempted to stimulate her once more. "Your deepest secrets. The unspoken wishes. Wicked fantasies."

Yuki gulped and a sense of calm settled over her body. Her eyes lost focus as his words fueled colorful imagery in her mind. She saw her life pass through the lens of her eye and became a spectator of her own past. One by one, she relived her memories. The unexpected pregnancy, her growing fear, getting kicked out of her house, the struggle of raising a child alone, juggling high school and work. Even as she watched, it was an emotionless blur for her. Something irrefutable and unchangeable.

What did she want? 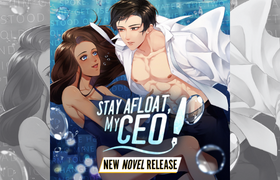 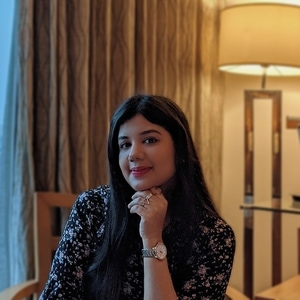 Link to the comic:
https://tapas.io/series/thedemonbabysittercomic 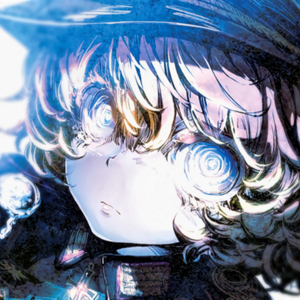 Mister Demon, sir.... I don't think you want her to make a wish, because you'll be stuck changing diapers, and dealing with a (most likely hyper) child 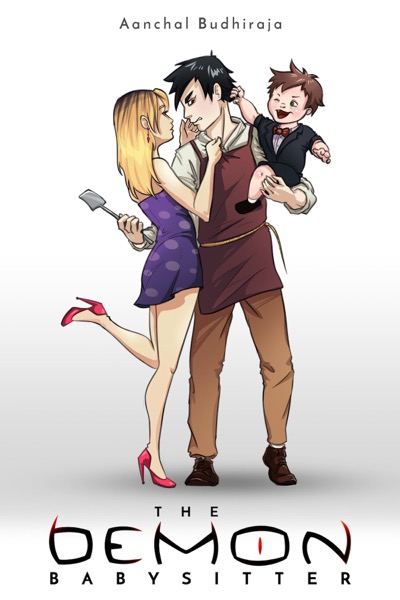 Money. Power. Fame. When a supernatural being knocks at your door and offers you three wishes to change your life, you're damn sure to choose one of those. Who wouldn't?

After accidentally summoning a demon in her kitchen, only Hell knows how, the single mother makes a wish that changes their life.

Kuros, an alpha Demon, standing awkwardly in a well-lit kitchen, has the worst luck of the century. He is forced to grant three wishes Yuki demands. But he never imagined that he would be leaving the dungeons of the Hell to…

Not able to use black magic against her, he can only break this ridiculous contract by tasting her blood. But with her consent.

For that, he decides he just needs to seduce her... 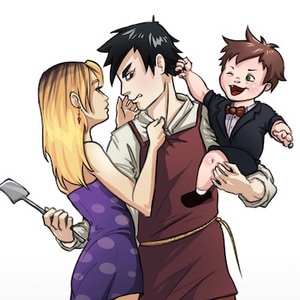