Zane lived a mediocre life, doing mediocre work for mediocre people at a mediocre wage and he was content with that. Most would say happy but the idea of happiness made Zane exhausted so content sounded much more fitting.

His thought process worked as such, why work desperately when he could wake up, go to work that required little to no physical or mental effort, sleep 10 hours a day then play video games or binge watch TV? Exactly, there was no point and so he never struggled, never strived for anything better than less than average. He was content with the simplicity of his mediocre life. He was content with ‘the easy way out.’

Zane really hated troublesome things, difficult things, anything that he deemed unnecessary which, to Zane, not much of anything was necessary meaning most things did not retrieve his utmost attention. Just about everything was seen as boring, dull, annoying, tedious because most required some form of effort and, well, Zane preferred the least amount of effort he could. If he could go without moving a muscle, he would.

Mediocre was the epitome of his life. His life motto, if you will.

So when he heard a surprised shout and turned his head just enough to see some dumbass had slipped and fell in the entryway of the dorm lobby, he thought nothing of it and turned right back to his work. He turned up the volume on the headphones he used to block out anything and everything around him while continuing to mop the floor.

Sadly, his desperate act of avoidance was for naught when he felt a tap on his shoulder seconds later. There was a brief moment where Zane thought, maybe if I walk away they will think I didn’t feel that.

Zane’s movements stopped when he barely made out an ‘excuse me’ being directed at him. With a scowl, he slowly, very slowly, turned his head just enough to peer (glare more like it) over his shoulder at who dared to bother him. Looking down, he found a boy, likely around his age possibly younger, peering up at him from beneath his glasses with a bright smile that made Zane squint his tired eyes and think, ugh, tone it down.

“Hello,” the boy spoke with a natural booming voice that once again made Zane think, fuck, tone that down too. Mr. Green Eyes was practically glowing with that smile of his. It made Zane feel the need to grab himself a pair of sunglasses.

“Um…can you hear me?” The boy tapped his own ear to indicate he was speaking of Zane’s headphones and how he was clearly listening to music.

With a sneer that showed how annoyed Zane was by being spoken to, he replied in a monotone voice that could lull about anyone to sleep if he really tried, “Yes.”

Could the kid just go be chipper somewhere else? Zane felt like he was looking into the sun. It was exhausting. He was a night owl for a reason.

“Oh, okay, just making sure,” the boy chuckled. He pushed back his wet hair before dropping his hands to his side. He was drenched, obviously having gotten caught in the rain that had been coming down like a tsunami for the past few hours. His hair was caked to his head while droplets of water fell to the floor. “Um…my name’s Bailey–”

Zane didn’t remember asking or caring for that matter.

“I was meant to move into the dorms with the rest of the students today but ended up getting into heaps of trouble along the way,” Bailey spoke as if Zane was interested in any of that.

Zane cocked a brow, crinkled his upper lip and wondered what made the kid think he wanted to know. It seemed Bailey was going to tell Zane about said ‘heaps of trouble.’ He didn’t care, didn’t wanna know and didn’t wanna stand there and listen.

He was working overtime that weekend thanks to the kids coming back on campus. Overtime, as in time that was over, as in extra work and, to make it worse, it was mandatory. Since when did colleges want to pay their workers more? Zane wasn’t sure what universe he had been transported to but he in no way liked it.

All Zane wanted was to get his work done and go home so he could finish watching his favorite series, not to say he hadn’t already finished. He was re-watching, again, but it was important nonetheless.

“Get to the point,” Zane breathed out, borderline hissed actually, in hopes to end their interaction. Talking with people was a pain. People were troublesome. Zane didn’t like ‘em.

Bailey gave a look of shock that slowly disappeared before he nodded his head like he didn’t find Zane’s bluntness totally rude. Hmm, Zane felt he would have to work on that.

“Right, sorry, you’re obviously working. Um…anyways, I just got here and I see that everyone is basically already in. Truth is, I lost my campus card to swipe in order to get into the dorms. Do you happen to know how I can get in?”

“With your card,” Zane replied instantly, making Bailey’s jaw drop before he tilted his head to the side in confusion. Bailey just said he didn’t have his card so he was a little confused, wondering if Zane had heard him correctly. He learned that Zane did hear him by what he said next. “But since you don’t have yours, looks like you’re shit out of luck. The offices are already closed.”

Zane conveniently ‘forgot’ to mention the student worker at the front desk was simply on a bathroom break and would be back soon to sign the boy in. Cards weren’t really needed, it was more a formality but that wasn’t Zane’s job to tell him.

Bailey stiffened when he stared into Zane’s light blue eyes. The poor thing started sputtering like a fish out of water since he thought he would have to stay at a hotel or something, which he didn’t have the money for.

Zane was taking that shock and slight panic as time to slowly back away to the glass doors that Bailey needed through in order to get into the main lobby. Zane had a card of his own, being the custodian and all, but he sure as hell wasn’t going to let Bailey in. Not just because he was an ass, but also because it was troublesome.

Mostly because he was an ass though but… 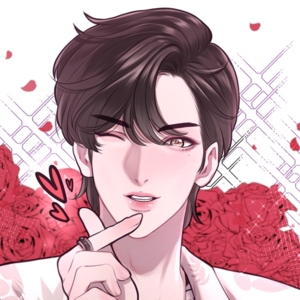 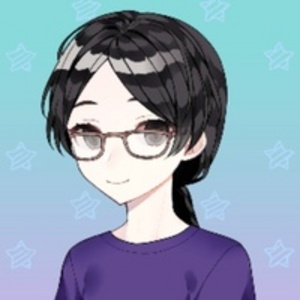 Came here after finishing Speak the Truth like two days ago and usually I really hate reading incomplete stuff because I like binge reading and I'm impatient, so after having a short argument with myself I decided go against my usual self imposed 'rule' and start reading this. Seems interesting so far. 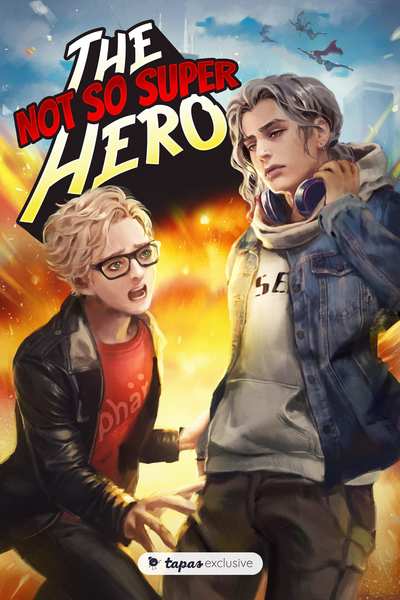 Zane Levitt lives a mediocre life until he meets Bailey Schaefer, an accident prone college kid. Suddenly, the boring life Zane has strived to achieve is turned to ruin. His past comes back to haunt him, but now Bailey finds himself thrown in the mix; into a world that he isn’t sure he’s strong enough to stand against. Superheroes, villains, secrets, and a past neither are sure they’re ready to face, Zane and Bailey are about to have their whole world turned upside down. Only time will tell if they’ll make it through.
Subscribe 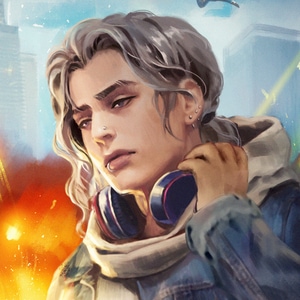