this love is tainted

Unconsciously stirring the spoon of her coffee and watching out of the window, Effie starts to worry about what time it is and why he hasn’t come home yet.

The moon is high, the sky is black, the lights of the shops are going off. There are poodles on the streets, and whispers of drunk tourists, a shimmer of a young night dying like a shattered piece of glass.

It is winter, of all seasons the one she loved and hurt her the most. It is cold and the windows are scattering with fractals and shapes that on better nights had the power to inspire her creative mind.

She presses the warm cup against her lips, not sipping of it, only putting the heated ceramic against her frozen skin. A substitute of the soft flesh she dreams to have on top of hers again.

She can’t think of that.

Effie spins on her heels and walks back to the tiny kitchen.

The light on the roof is dimming and flickering, and the sound of the boiler keeps popping on the background.

She sits on a stool and fixes her sight on the watch of the wall. She can’t go to bed until he walks through that door.

How is he doing? Is he having a hard time? Is he enjoying himself? Was he too tired and fell asleep on top of his desk and is not coming back home tonight?

She could call, ask and she knows all her questions and concerns would disappear rather easily, but after that night, nothing has been the same.

Anxious and slowly drinking her coffee, Effie waits and obsesses over the thought of never seeing him again. The thought has been present for two weeks now.

After years of knowing each other, it is a non-fundamental belief that he could just leave her behind and drop everything they have shared just to move on with his life, however, their relationship is not working as the perfect machine they like to show-off it is. It was.

So, with fear as her ruler, she waits.

Half an hour pass.

Jumping out of the stool, coffee left forgotten, she runs to the living room.

Niko steps up in the hall.

Glasses on, his bag hanging lose of his shoulder and an unlit cigarette between his lips.

He ruffles his hair, as he always does, leaves the bag on the hanger, and gets the lighter from his pocket before taking his jacket off and hanging it beside the bag

He walks forward to the cozy apartment they share.

“Hi,” Niko says back without letting the cigarette fall of his mouth.

“Are you sure? You look tired.”

He walks near her but doesn’t stop to casually brush his knuckles on her cheek, hold her in a hug, or leave a kiss on her forehead. That Niko has vanished.

Effie follows him anyway, stepping outside and facing the winter breeze that hits her aggressively.

The lighter flickers under his hand, the fire creates a small shadow over his face that only increased the hints of what he is really feeling, the pain underneath the perfect looking man. He lits his cigarette and gives it a smoke. “You’ll also end up smelling like tobacco, and you hate that.”

“I think the weather is pretty nice right now.” She lies.

He huffs in disbelief, “Effie, it is winter, you don’t have good days or nice weather in winters. Soulmark’s side effects and all that jazz, remember? You can’t fool me.”

“I just want to know about your day. You’re quite late.”

“Quite.” He takes another drag, and then a few short but quick ones. Obviously to not keep talking to her. “Why are you awake?”

Instead of answering, she just shrugs.

Niko leans down on the balcony rail, the smoke of his cigarette mixed with his hot breath hitting the cold air.

Effie perks up and looks at him.

What did she suggest?

She has said so many things, so many lies, through the course of the month that she has lost count.

“I asked one of my co-workers out,” Niko finally explains, “I have a date, Effie.”

Her heart jumps to her throat, she feels like coughing and puking and just straight up melt into goo or maybe turn into ashes, anything that could take her away from existence.

But she can’t show it. She can’t let him see what she really feels.

And, after all, she had suggested that.

Looking at a dead point and listening to her internal clock ticking, preparing her to put on a show, Effie internally screams and becomes the fabricated version of herself she despises, but that it is necessary to keep the world spinning.

A soft smile, not too big, not too small. Wide-eyes open with joy, shining under the light like two glimmery stars. Relaxed posture but open arms to project all the happy feelings she does not feel inside.

“Really?” She asks, her voice going up one octave too high for it to be categorized as cute.

“I’m so happy for you.” The words almost cut her tongue but she is able to let them out.

“Thank you,” He sighs, “You… you were right and I… I want to make this right, I don’t want us to... change, that’s really the last thing I would ever want.”

“I don’t want us to change either.”

“I know,” He nods, he takes off his glasses and pinches the bridge of his nose, “I’m gonna move one. I’m gonna get over you and we’ll be back to normal in no time. I promise you.”

“I believe you,” Effie quivers from head to toe, her smile flinches but luckily he is looking at the building in front of them and doesn’t notice. “Thank you… for that…”

“I would give you anything you want.”

How sad it was that he could never give her what she actually desires.

“I’ll go to bed now,” She whispers, already taking steps back. “See you in the morning?”

He nods, still looking at a missing point in the distance.

Effie passes the curtains, smile still up. Once the white fabric hides her all, she runs, and her true feelings bloom.

Closing the door behind her and putting the lock, Effie jumps to her bed.

Pulling up the covers and taking the pillow out, she hides her face on it and screams as loud as she can, assuring he will not hear her.

If magic had a way to allow her to express how she really feels, she would have shouted thunders and lightings as the rain fell off her eyes.

Her whole body shakes in sorrow and broken love.

She always thought that once she grew she would stop saying that phrase, that she would finally understand and duty would be just another responsibility on her to-do list.

It isn’t like that, it is worse and it is definitely not fair.

They had done so much for the city, for humanity, for everyone but them. They had given their lives and dreams to protect and keep happy every single soul but them.

And this is how they are paid?

This is with what they have to live?

It isn’t fair and it would never be.

If she had known, if only… but would have it made a difference? She was only ten when they saved the Prince and his lover. Back then she thought she was doing an incredibly heroic act, using her dim magic to help the future ruler of their country. Now, she just regretted it, there was nothing rewarding nor calming after letting herself absorb that kind of magic.

If magic would allow her to go back in time, she would.

If she had known what she knows now, then would she have said yes? She didn’t love him back then, she didn't even know him back then.

The warning echoes in her mind like the alarm of a firemen’s truck every single second of the day. It is a red whirling siren that makes her overthink all her words and moves, all her looks and sighs.

The voice of Miss Wright echoing on the dark hallway, whispering the words with an intensity that to this day was unparalleled.

The voice of Miss Wright defying her own timid voice eight years ago when she came back to the chambers of the Le Fay's Society and asked for an explanation, a solution.

She remembers Miss Wright telling her that if she appreciated her life and Niko's in the slightest, she would not dare to pursue a romantic relationship with him.

It had not a suggestion, it had been an order.

It is heavy and hurtful knowledge and she has to carry the weight of it on her shoulders all alone. It is a devastating and major prophecy she has to stop from happening all on her own.

Because Effie will never let him know.

Even if that means breaking his heart and hers in the process. 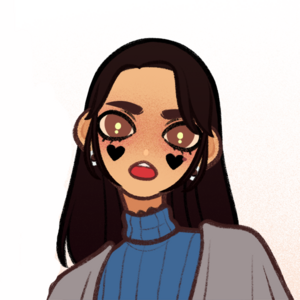 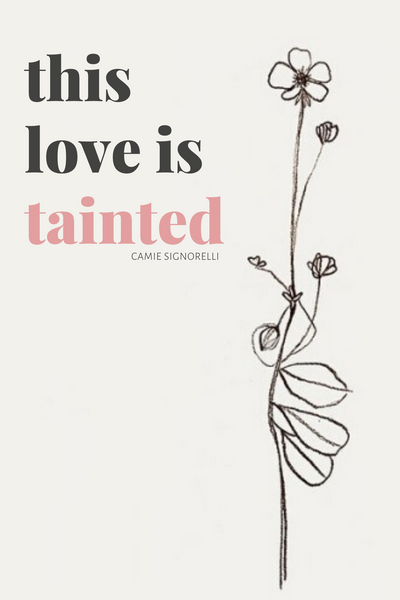 this love is tainted

Magic always comes with a price, and on a society that has let it die, it can only bring trouble.
Effie and Niko are a perfect match, and so they are used to save someone else, creating a bond that entertained them forever.
The only rule? They can't fall in love.
However, only Effie is aware of this, and to keep him safe, she will do everything to keep her love hidden.
Breaking Niko's heart is the last thing she wants to do, yet it is a risk she has to take because the other options are worse...
Subscribe 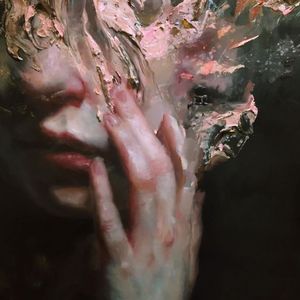