The first time I saw Jin, the God of War, I was but a 50,000 year old immortal who didn’t really know the ways of the realm. I was the only daughter of Yanwang, the god of the netherworld, and he’d spoil me rotten.

He would often let me play with the spirits of the netherworld, and even as a child, I had become a strange dictator who was feared but respected by the spirits and imps who worked around this desolate area. The netherworld was where the dead arrived and where they would return back to the to the mortal realm through the reincarnation cycle. Sometimes, out of curiosity, I would speak to those souls. While waiting in line for Old Meng’s soup of oblivion, they would inform me of detailed happenings in the mortal realm. I was also quite a gossip monger, even at a tender age.

It was when I was visiting my best friend, Siming, who was the God of Fate in the Heavenly realm, that I encountered a splendid visage that caught my breath.

He was emitting such a divine and imposing presence, even as he walked, that I wanted to sprawl on the ground and have his godly feet step on me. I was enamored, and I quickly hid behind a random plum blossom tree, hoping to get a better view without being spotted. My eyes scanned his whole face, committing every single detail to memory. It wasn’t every day that I got to see someone like this! Most of my days were spent in the netherworld where the spirits were as dull as mud. You couldn’t hold this against me.

After his shadow disappeared, I hastily wiped the drool from my mouth. After walking a few miles, I saw Siming’s small palace and brutally opened the front door.

She was busy scribbling on parchment after parchment, with her small glasses perched on top of her nose. Her hair was sticking out from the messy bun on her head, and her face looked gaunt.

“I know, I know,” she said with annoyance. “Can you just shut up for a moment? Give me peace for maybe…5 hours. This damned brat in the mortal realm keeps on changing the fate I made for him! Damned brat, this was for his own good…” she kept muttering under her breath, her brush strokes against the parchment as fast as lightning.

“Hey, do you know a guy with long black hair?” I asked dreamily, thinking of the man I had just encountered.

I nearly coughed out blood.

“Let me continue. Beautiful brows, beautiful eyes, beautiful lips…” Those lips! I squealed as my imagination ran away from me. I quickly fanned myself with a nearby parchment.

“Hey, hey! Don’t touch that! That’s the paper I use to wipe my butt with.”

I threw it away instantaneously.

“You have such expensive and brutal toilet paper…” I said faintly.

“Go on. Tell me about this deity.”

“He has some sort of sword at his waist, which appeared magical. The hilt was shaped like a coiling dragon, and he exuded such a divine presence. He couldn’t be some ordinary deity!”

“He’s the God of War.” Her paintbrush stopped in mid-air. She looked at me with a smirk.

My mouth gaped open. The God of War! So he was the renowned deity who led only 1,000 soldiers to defeat the demons. The demons had grown haughty and decided to invade the heavenly realm, numbering 10,000, and yet Jin had won!

My eyes were starry.

“I see, I see,” I muttered. “God of War, huh? Interesting. I’ll make him submit to me! He might know battlefield tactics, but does he know love tactics? Ah!” 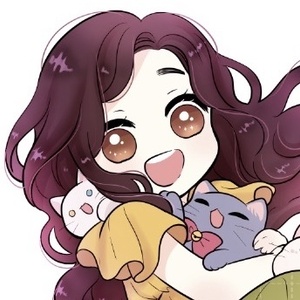 Link to the comic:
https://tapas.io/series/threelifetimes-comic 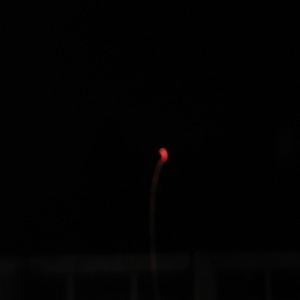 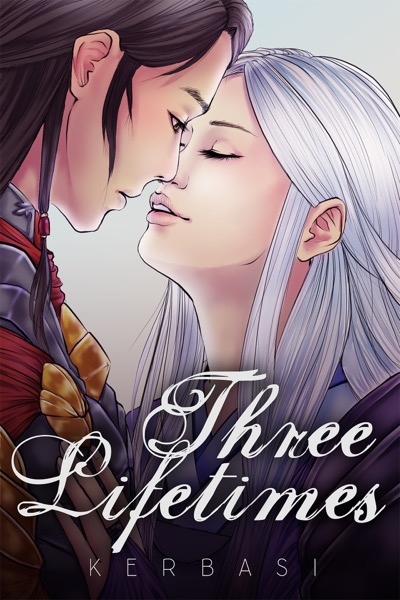 Juju fell in love with Jin Lei, the God of War, at first glance. Determined to sweep him off his feet, she accompanies him down to the mortal realm as he takes on his three trials to attain greater divinity. However, in those three lifetimes that are given to them, will she be able to make him love her back?

Author's note: I had read Sansheng, a Chinese LN, and I suddenly had a dose of inspiration. I borrowed certain premises from there, such as the ‘falling in love with a God of War’ and the ‘MC following him to the mortal realm for his trials’. Because I felt Sansheng was too short and I wanted more, I made something similar. Creating this work of mine simply allows me to tighten loose ends in my heart.

Furthermore, I lament on the lack of reincarnation-different lifetimes-romances. Because I could not find more stories with these themes, I decided to just make one! It’s actually a simple solution, but one that would exhaust you lol. Well, I hope you have fun reading! :3 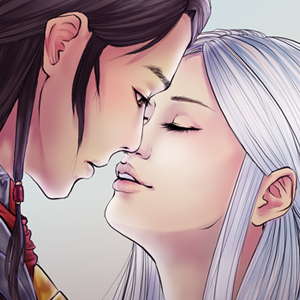