May Juniper fell in love at exactly 9:48 PM on a fall evening that had no business being as cold as it was, even in Denver, Colorado. She was at dinner with a group of friends to celebrate the last of them graduating from college. It was May’s best friend Julie who had come in last in the race to finish school, but she had come in first arriving at the restaurant and had already ordered far too much food for their small group by the time everyone else showed up. May went up to the bar for another round of drinks for everyone while she grabbed a pop for herself, only to look up and see that he had also come to join them for the night. Not only had he just moved back home from out of state college, but he was also busy with his new job, so this was the last place she had expected to see him.

It began with a joke May told that only he laughed at, which turned into their own private conversation while the rest of the group kept on with the same old silly music debates. It wasn’t as though he hadn’t smiled at her many times before, but this time, May could tell there was something deeper. For the first time in all the years she had known him, he seemed to have eyes only for her. Whether it was the happy twinkle in his stare, or the way he kept looking for an excuse to scoot his chair a little bit closer, she didn’t know. But she did know, without a doubt, that he liked her too. At 9:46 PM, she had been a girl with a crush, and one smile and two minutes later, she had become a woman in love.

May had often heard people in love referred to as ‘lovebirds.’ That was because Julie made it a habit of calling anyone out whenever they started getting too friendly with someone else in the group, a tactic meant to embarrass the guilty party. In the wild, lovebirds were among the few species of animals who chose to mate for life. May thought it was a sweet sentiment, though she imagined it was an impractical comparison for human relationships. However, when May heard Julie direct those words at her for the first time, suddenly, things really did feel that simple. At that moment, it only made sense that the two of them should get married, start a family, and spend all their days at each other’s sides.

For six months, May felt like she was on a constant high, almost like she was walking on clouds, and it seemed like nothing could put out the warm glow burning in her heart. But at 6:21 PM on a dry spring evening, exactly five months and twenty-five days after May had found her first love, her heart was left broken at the same restaurant where it had once felt so full.

And at 11:35 AM on a warm summer morning, her tears finally dried up, and reality started to set in. Maybe falling in love and finding your perfect mate were overrated concepts. Maybe it was time for May to focus on herself and her own dreams for the future.

Dreams that no longer had any room for heartbreak.

“You must be May Juniper?”

May smiled at the smartly dressed man standing before her. “So my mother likes to tell me,” she said, extending one hand for a handshake. “And you must be Mr. Clayton. Nice to meet you.”

He seemed impressed by her boldness and returned the gesture. “Nice to meet you as well. I hear you’re the best at what you do.”

“You’ve heard correctly,” May replied with a small laugh. “So, how can I be of assistance?”

The man let out a long sigh as he sat back down at his desk. Before he had a chance to offer her a seat, May chose one of the two extra chairs sitting in his office and sat down. Then she looked back up and met his gaze with confidence.

“Living It Up magazine has been in decline for roughly twelve months, with less than twenty-thousand sales per quarter, which is almost half as productive as it was the previous year. Is this the reason for this consultation?” she asked.

“You came prepared, I see.”

Actually, she was always prepared.

“May I ask why you don’t simply sell the brand and start fresh?” she asked.

Mr. Clayton chuckled and shook his head. “I wish I could! But it’s my son’s company. Or rather, he’s the acting CEO of the company.”

May nodded. She already knew this of course.

“I know you can’t believe everything you read in the tabloids, but your son has purchased two boats in the last year, and every night there seems to be a new picture of him at the club going viral. There’s also been a high rate of employees quitting under his management, and countless complaints about his work ethic.”

Her employer let out another sigh. “It’s true that my son is rather undisciplined, and I knew that when I first appointed him as the acting CEO, but I really thought that handing him something of value would teach him a sense of responsibility. I wanted him to work hard and be proud of whatever he was able to accomplish, even if it wasn’t much. But, as it turns out, women and fun are all that’s ever on his mind.”

May was well aware of this fact as well.

“You may be wondering, since I know all this about my son, why am I asking you to help him save the company instead of taking it away and doing it myself?”

“I’m sure you have your reasons.”

He paused to take a deep breath. “Miss Juniper, I want my son to grow up and finally become a man. That’s why, if he fails to save the company I entrusted to him, I’m going to write him out of my will for good,” the man added.

“If my son doesn’t straighten up, then he stands to lose everything. His apartment, his boats, and his inheritance.”

Mr. Clayton gave a slight shrug. “Call it a last ditch effort to knock some sense into his thick skull. These days, he holds little respect for his old man, so I decided to bring in an outside source of motivation. I heard that you’re the best at what you do, not just in regard to the quality of your work, but also when it comes to leading others to victory. Your last employer called you a coach who knows how to inspire the team.”

She was confused. “So, you’re hoping that I-”

“That you will be able to show him what it takes to not only be seen as an acting CEO, but how to act like one as well,” he finished.

Then he stood up from his desk and came around to face her. “Turn my son’s company around, and you’ll have my praise, but convince my son to do it himself, and I’ll pay triple your asking rate.”

May could feel her heart stop. Triple her asking rate!? That would give her enough money to finally upgrade her office and expand her private practice!

Before she had time to second guess the matter, May stood up and shook Mr. Clayton’s hand a second time.

“You’ve got yourself a deal.” 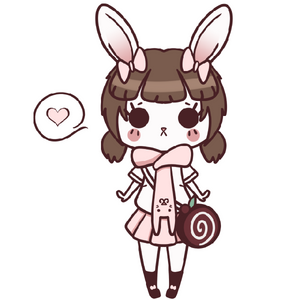 First comment on the first chap of my own story <3 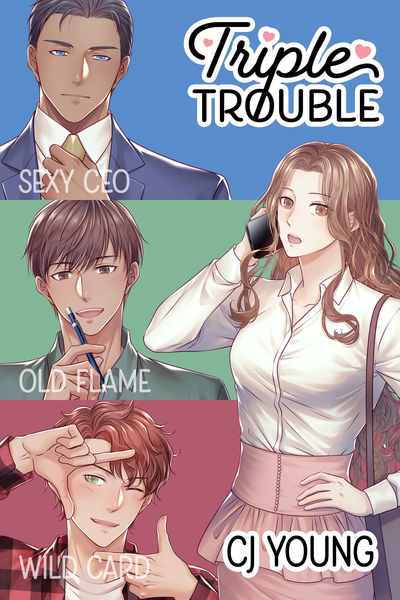 May is totally done with romance. After a tough break-up with her ex, she spent far too long mourning the loss of her first love. Now as a successful businesswoman nearing twenty-five, May is wondering if she might be better off alone for good. But everything changes when she finds herself caught between three guys all vying for her attention at the same time!

There’s the rich and sexy CEO, the ruggedly handsome photographer, and the old flame who broke her heart once already. Will May find a way out of this mess, or will she change her mind about the ‘no romance’ rule and take a chance on love again?
Subscribe 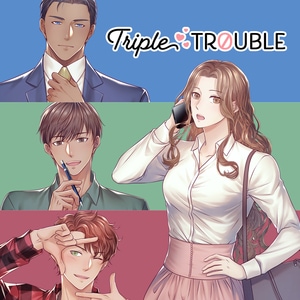