Huian stared levelly at the young man in front of her, who was slowly circling her with his wooden sword raised to strike. There was a determined glimmer in his eyes, as if he truly believed he could take her down. His hair was messy and his appearance, unkempt. Her father had appointed him as a guard a few weeks ago. Huian’s expression remained neutral as she drifted along the courtyard, her gaze locked on him. She had heard him say that he wanted to beat her. A simple light-hearted squabble last night had caused all of this. A tiny bit of alcohol, and a statement that burned her ears with rage.

“I bet I can beat her. She’s not that special. She’s just a girl, after all!”

He dashed at her, possibly thinking he had an opportunity to strike, but he was slower than she was, so she sidestepped with ease. She didn’t strike him, though, and continued to watch him. He twisted his hips and swung the wooden sword towards her face. She blocked with her wooden sword and overpowered him, shoving his weapon aside. He jumped back, eyes wide.

Something stirred in her chest, but she willed it away. Not now, she thought. The stirring stopped and she resumed her cold assault at the imprudent man. She still couldn’t get past how he thought he could compete with her. She was better than everyone at everything; how dare he think that he was above her level? His thought process was incredibly senseless.

He lunged at her, sword raised. She parried, her footsteps light. He sent a barrage of strikes in her direction, each one she evaded with ease, twisting away from the wooden sword. She could read his movements. Everything about him was predictable and low-class. Ill-bred. She ducked from a missed jab aimed at her head and unleashed her first strike of the fight. Her wooden sword connected with his midsection, earning a gasp from him as he lurched backwards. He grimaced and almost dropped his sword.

She didn’t wait for him to get over the shock and shot her sword at his arm, slamming into it with half her strength. He yelped in pain, dropping his sword. She should have swiftly brought her sword to his neck and ended the fight, but she couldn’t leave this rude boy unpunished.

Huian swung her sword at his shoulder and watched with satisfaction as he plummeted to the ground, a cry on his lips as he clutched his shoulder. He crumpled to the floor, his shoulders inverting as he hugged his injury. Pain colored his face. She stood above him and peered down at him. How fitting, she thought. For such a man to kneel before me.

She dropped the sword to the ground. It was always uninteresting, fighting men like him—men who spouted nonsense and didn’t know how to deflate their own ego. The corner of her mouth twitched into a smirk, but she suppressed it. The last time she had laughed after thoroughly defeating an opponent, her father had punished her for ‘humiliating a good man.’

Huian felt the eyes of the other guards on them. The courtyard was large and the man in front of her had chosen a time just before the guards began their morning practice. He had wanted to show them all his glorious victory after defeating her, but it backfired, and now, they saw firsthand how badly he was beaten by her. She was completely unscathed. The guards, however, already knew what the outcome of the battle would be.

Her gaze flicked down at the young man. She had nothing left to say to him, so she spun on her feet and headed towards her maidservant, Chun, who was patiently waiting for her, a jug of water in her hands. When Huian reached her, she waved the water away. “I’m not thirsty.”

“Yes, my lady.” She lowered the jug. “My lady, did you think you would easily win?”

“Excuse me?” She sharply turned to Chun. She had been her maidservant ever since she was twelve, roughly eight years ago, but she still didn’t seem to understand Huian’s personality. Huian rolled her eyes and gave her a refresher. “The outcome was obvious. Have I ever lost to anyone before? The simple answer is no. What man or woman can beat me? It’s not the fact that I’m a woman that I beat him, but the mere fact that I am me. I’m strong, simple as that.”

Chun smiled up at her as they entered a hallway. “Ah, yes, apologies for my rudeness. What I was trying to say is that, um, you fought in your robes—”

“It’s not uncomfortable to fight a lowly man like that in my outfit, nor is it difficult,” she said simply. The corner of her mouth twitched into a knowing smile as she glanced over at her maidservant. “Now tell me, what expression did he wear when he fell to the ground?”

Chun hesitated. Huian knew she was always uncomfortable whenever she asked her this type of question. The girl was the complete opposite of Huian. She was delicate, soft-spoken, and kind. She wasn’t the type to fall into violence nor could she hurt anything, even if she wanted to. “He looked like he was in pain.”

“That he could beat me?” She laughed and took a turn down another hallway. “He’s rude and young. It’s better for him to be beaten senseless until he understands just who he thinks he’s insulting.”

“It was just some small talk with friends—”

“Small talk that was insulting me.”

“It isn’t necessarily an insult, more like a challenge—”

She halted in her steps abruptly. Her eyes were two cold, obsidian stones. Chun’s eyes widened at the change in Huian. Her hands trembled as she hugged the jug close to her chest, an apology tumbling out of her lips. Huian simply stared at her, unblinkingly. She was a weak woman with tiny arms and a tiny waist. Her hair was short and her eyes were a lovely shade of soft brown. She was a delicate flower. The type of woman men swore to protect. She was also the type that annoyed Huian the most.

Finally, Huian turned away from her and continued down the hallway. “Father called for me this morning, didn’t he?” she asked, breaking Chun’s stream of apologies. “I think he had something important to tell me.”

“Ah, yes, he did.” Chun bobbed her head vigorously. “It’s about your betrothed.”

Huian’s mood instantly soured at that. Ah, of course her father wanted to talk about her betrothed! It was all he talked about whenever they managed to have a conversation. She thought about spinning on her heels and turning in the other direction, but her father wouldn’t take lightly to being blatantly ignored.

Link to the comic:
https://tapas.io/series/zhulong-comic 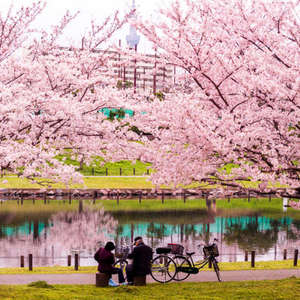 I kind of like her personality the way it is. I think one of her main flaws though is how she views weakness and femininity. I would hate to see her character change into a soft 'womanly' character because of 'love' or whatever. And tbh if this were a male character in this scene we would just think he was the 'strong cold warrior' type, so I see no prob with this being Huian's personality. 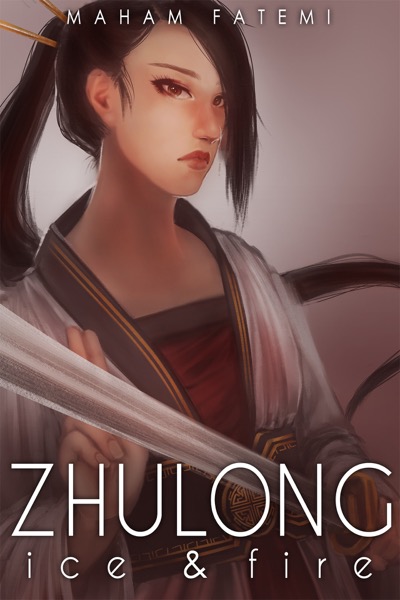 Huian is perfect in everything she does. Whether it’s archery, swordsmanship, intellect, beauty—she has mastered it all. One thing she doesn’t have, however, is free will. Betrothed to the heir of the Yao family, she has no choice but to marry the cold, distant, and unfeeling general. Having risen to the position of Zhulong, Yao Chenglei should be a perfect match for Huian. However, neither can stand the other.

When Huian is attacked by an ancient magic bent on killing her because of her lineage, Chenglei is dragged into her mess. Caught in a bloody battle between demons, Huian must discover the true meaning of her bloodline while also figuring out where Chenglei fits into her life. Demons, lust for power, and a dangerous romance—the path to Zhulong is drenched in blood. 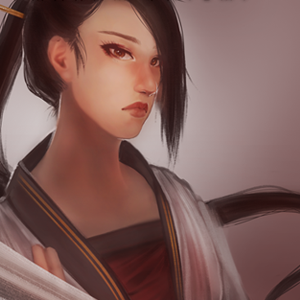