Welcome to my little corner of Tapas, where you can sink your teeth into dark fantasy or sweet romance. Here are my works:

I'm here to read great novels and comics. ♥ This complements my day job, where I rush to meet deadlines as a textbook copy editor.

Hi, my friends. "Down the Rabbit Hole" is now complete! Yay! If you were waiting for its completion before starting, now's your chance to sink your teeth into this short story.

Read a unique twist on vampires in which a vigilante feeds from dreams, not blood, in order to take down a criminal.

Yay! "Heartfelt" is now complete! Hope you like the ending! If you were waiting to binge-read it once it's complete, here's your chance. :) Have a lovely weekend. 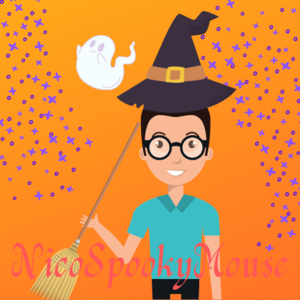 Thanks for your support, Nico!

:) Anytime, Carolyn! Same goes out to you too! <3
Reply  to conversation

Would it be okay with you lovely readers if I turn "Heartfelt" into a cute short story that ends with Dara and Eric agreeing to start dating? That would give me the chance to post my first novel that explores asexuality in more depth.

I don't feel I can do it justice to that internal struggle with asexuality in a short story like this...and I think that's what I've been struggling with as I develop the conclusion.

It will all seem too rushed.

If we went with the novel option, I would begin to post the edited version of an asexual teen romance that I have on Wattpad called "Mask of Celibacy." It's about an asexual teenager during the late '90s who calls herself celibate to avoid the truth about her true asexuality. Over the course of the novel, she explores the truth when she discovers about asexuality from a friend who soon becomes something more.

Would you all be okay with that as an idea?
7 comments 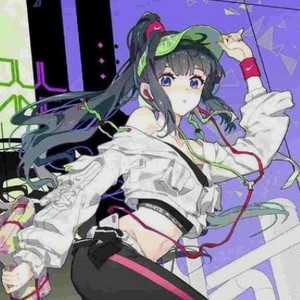 Of course, we are happy with what you give us... don't push yourself though
༼ つ ◕_◕ ༽つ

Either way is fine! I'm interested in reading your stories about asexuality since I don't know much about it. So do whatever you think will bring it across well! ;)

Thank you for your support, my friends. I've written the ending to "Heartfelt," so you can expect three updates tomorrow. Then I can concentrate on editing my novel MASK OF CELIBACY and posting it bit by bit in September.

Thank you, too, Chris! I appreciate all your support and encouragement.
Reply  to conversation

Hello, dear friends! I'm back from my vacation, and I have a little surprise for you! I've just posted the premise for my new work, "Down the Rabbit Hole".

In this short story DRACULA meets INCEPTION when a vigilante vampire who feeds off of dreams works with local police to take down a criminal who preys off of young women.

Here's the link! Hope you enjoy it. Daily updates until completion.

I'm still developing the storyline for the novel, which I will post on Wattpad and probably here too if there's any interest.

Of course! I'll definitely check it out if you do post it

Due to my deadlines to finish my July Camp NaNoWriMo project followed closely afterward by my first vacation in months, I will be putting HEARTFELT on hold until August 21. Hope to see you then, my dear readers! :)

I've been considering sharing the story here as well, but it's a full-length novel and I know Tapas is more of a "bite-sized" story kind of place. Perhaps I'll post it in bite-sized chunks once it's edited, though!
Reply  to conversation

New update on HEARTFELT! Thanks to everyone who's supporting my work so far. This is an exciting one folks! Eeeee!
Reply  to conversation

New chapter of HEARTFELT is up! Thank you to all my lovely new subscribers! Hope you're enjoying it!!!

New chapter of HEARTFELT is now up!

Just posted another chapter of HEARTFELT, in which Dara experiences a slight conundrum. :D Hope you like it.

Just posted another update to HEARTFELT, a light-hearted retro romance set in 2001 in New England about two college students on the ace spectrum. He knows his identity whereas she has no idea and is trying to figure it out.