Oh! Looks like my Instagram is really close to 2k follows. Anyone wanna help push me over the edge and then some? Thanks!
https://www.instagram.com/darkchibishadow/
Reply  to conversation

A Solanaceae button I currently have in my shop! Both clear plastic and holographic heart versions are available!
Buy here:https://darkchibishadow.bigcartel.com/product/battam-sal-ball-gag-heart-button 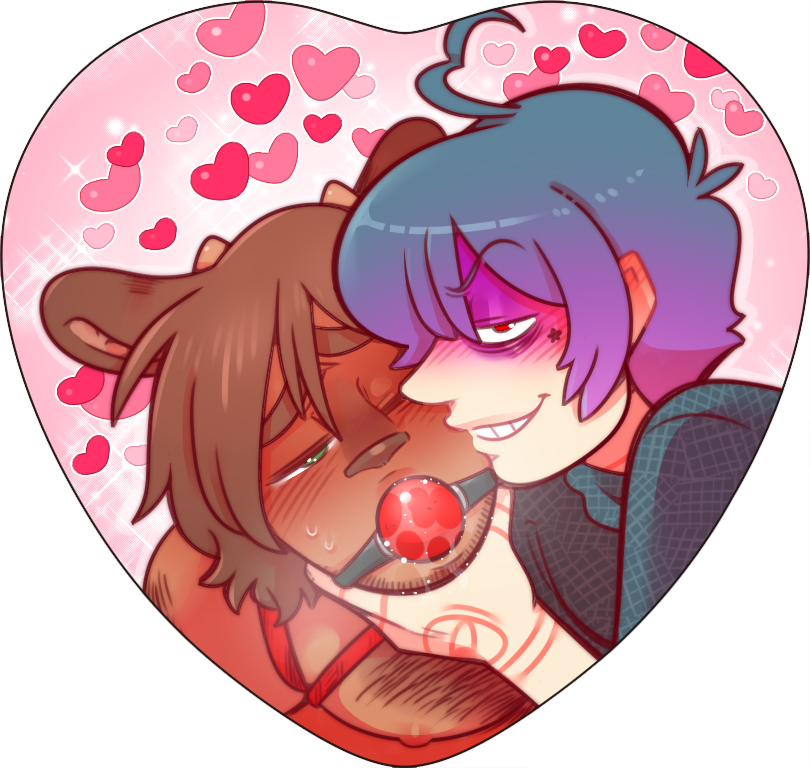 $5 Patrons get access to 60+ pages of Solanaceae (all uncensored) plus an archive of over 9k images... check it out! 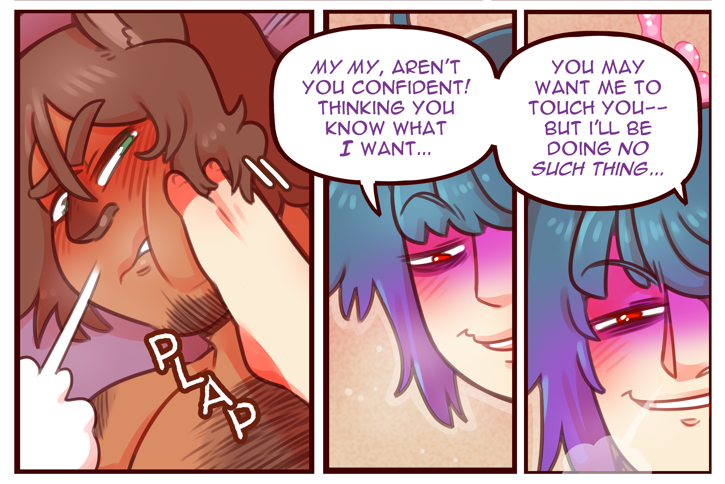 Gummy and the Doctor, Episode 4: Breast Behavior is out now! 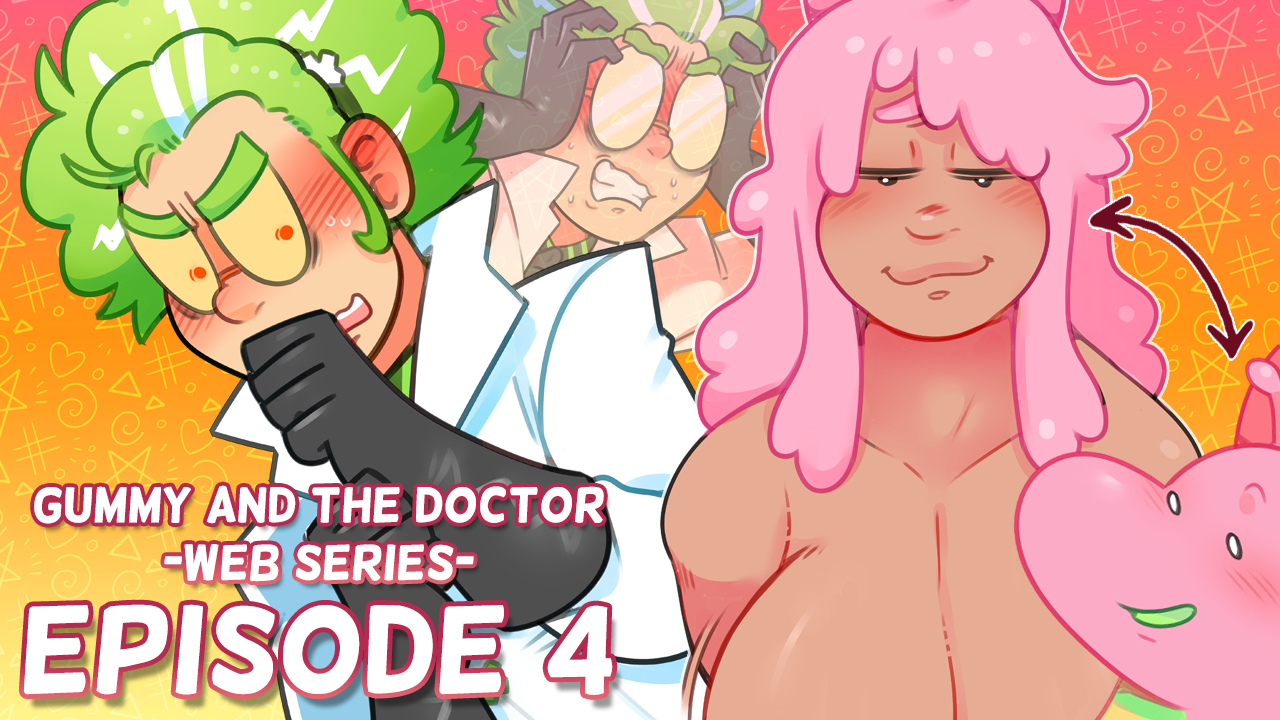 Ink goal for extra update was just reached! I'll start making plans to do that soon!

It'll be up early February! Apologies for the wait, just how my queue is working out right now.
Reply  to conversation

In better, more exciting news, Chapter 7 has just started for my Patrons, wahoo! They are now a whole book ahead and then some. 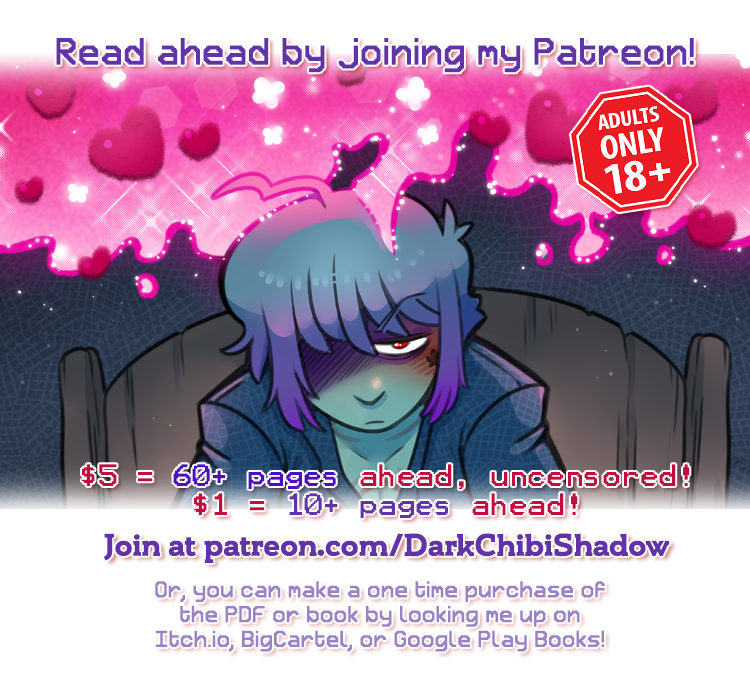 Just a message to say: I've removed the Satine Extra Chapter from Tapas.
Some of the comments left on it here were far, far too extreme and frankly, really made me feel hurt and misunderstood in the worst way. If you're wanting to read it, check out my Patreon at any tier level. No update for Thursday will be posted.

My apologies to folks who were touched by the Satine being trans reveal (it's something I like too) but folks uh, assuming I would include or post S.A. in a story without a content warning makes me feel... so... so bad. That isn't something I would do, and never have and never planned to do. I did everything I could to provide clear and open context and consent to these updates-- but it didn't seem to be enough.
And honestly, this isn't even the first time this has happened. My characters are often saying, "Yes" "Thank you" "I want this" but some folks seem to willfully put some kind of bad twist on it? I don't know what to do: especially when folks admit to me things like, "I wasn't paying that close attention" or "It's just another comic to me, I don't actually care" oof.

This chapter will not be returning in any form to Tapas, and I will also be removing a 4koma related to Satine. I may also consider turning off comments for certain updates.

Honestly, I'm just disappointed, frustrated and hurt. This is the first time I've ever had to do something like this. Sorry and thanks for your time.
9 comments 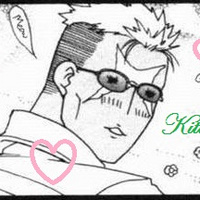 Gosh I am so sorry people were weird about the Satine update!!! I love them so much I'm gonna save up a little so I can buy some of your stuff. I really love that they are trans, it makes my heart happy!!! People can suck a lot and I'm sorry this had to happen. (Sending my support from the midwest!) 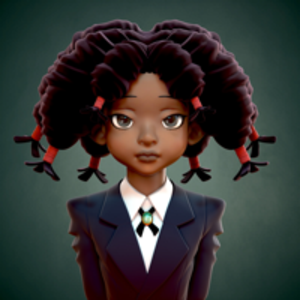 Oh no problem at all! Thank you so much for replying to my comment. Especially considering all of the stress this drama has caused. I think a lot of people see sex one way, so when it's depicted in a way they've never thought of or experienced before, it completely throws them for a loop and they get defensive. It always worried me how hard you tried to explain that due to the missing content in the pages the overall context of the scene would seem off, and people still wouldn't listen. Some people are terrified to admit when they're wrong, and tend to double down even harder. 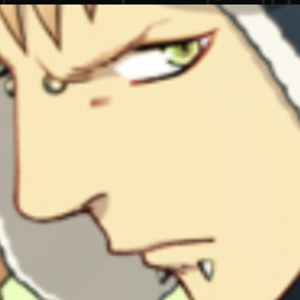 I'm not sure if I missed this or not, but I'm sorry it hurt you so much. I think sometimes when people discuss their interpretations of content they kind of forget the author is a person, being vulnerable, putting out part of their internal world and hoping to be understood. And sometimes these things get so heated people aren't suggesting an interpretation, they're shouting that they are *right*. I can absolutely see how that would be hurtful and you'd do your best to avoid that when all other avenues you've tried to be clear about your ethics and censorship limitations have been exhausted.

DCS, I realize this is quite late. To me that chapter felt like body image/identity questioning, and searching for community, it was a little uncomfortable and painful, but Satine was not being physically harmed. It also felt like there was community and belonging that helped ease the pain, even a small bit. I think you’re a really great and brave author to allow your characters to feel so deeply and question so deeply. And it makes me happy how you work so hard to portray good communication and healthy relationships. Those few things aren’t well shown in the media. Your writing is so important and I wish that people who are to afraid to reflect on themselves wouldn’t hate on others so much. I wish I could give you a hug to cheer you up because you are so amazing and so is everyone else here. ❤️
Reply  to conversation

My long(?) awaited(?) Voxman book is finally up for pre-order! Go go go! I'll only be doing ONE print run!

The contents of this book are for mature audiences only; and by purchasing this book you are agreeing to being 18 years of age or older. THIS BOOK IS NOT FOR KIDS. NO COPYRIGHT INFRINGEMENT INTENDED, IAN PLEASE DON'T LOOK.

**THIS IS A PRE-ORDER ITEM!**
As such, please expect up to 4 months of delay time between ordering the book and receiving it. All printers are very backed up at the moment, so I appreciate your patience!
Also, since this book is an obscure fan comic, I will be ordering one batch then never re-printing them. SORRY! 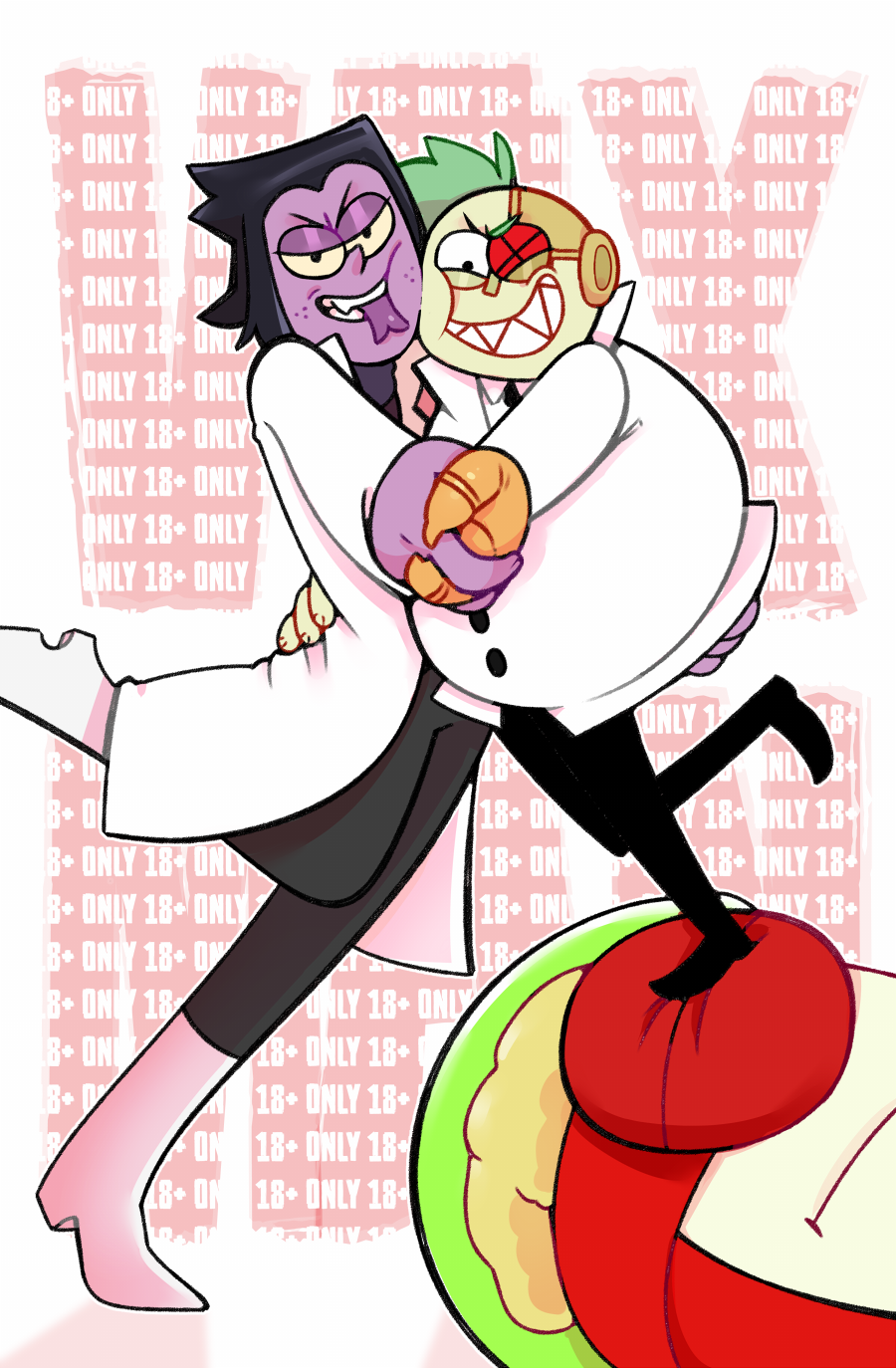 BUY HERE: https://darkchibishadow.bigcartel.com/product/solanaceae-prologue-chapter-6
(18+ ONLY OF COURSE, LINK AND BOOK ARE SFW THO)

*Pre-orders will be up for about 2 months (AT LEAST) so you've got time if you want the sticker!*

Hello everyone! It's that time again, time for another book pre-order for Solanaceae!
To be clear, this is an ENTIRE CHAPTER ahead of what's posted here on FA. So, if you order this, you'll be able to read way, way ahead! (You can also do this via my Patreon, or in the upcoming PDF release of this book-- so you've got options!)

If you've wanted Solanaceae books, but are intimidated by the price of the backlog (hey, I get it) I've made a discount code to give you %25 off your entire order if you buy the first 5 books with this one! Use discount code: WANTBOOKS until December 31st!

Also, pre-orders for Chapter 4 of Solanaceae are up again, since the books got cleared out somehow! Whoa!
Buy here: https://darkchibishadow.bigcartel.com/product/solanaceae-prologue-chapter-4

Let me know if you have any questions or want any accommodations for merch btw, I'm here to do what I can. Thanks everyone! 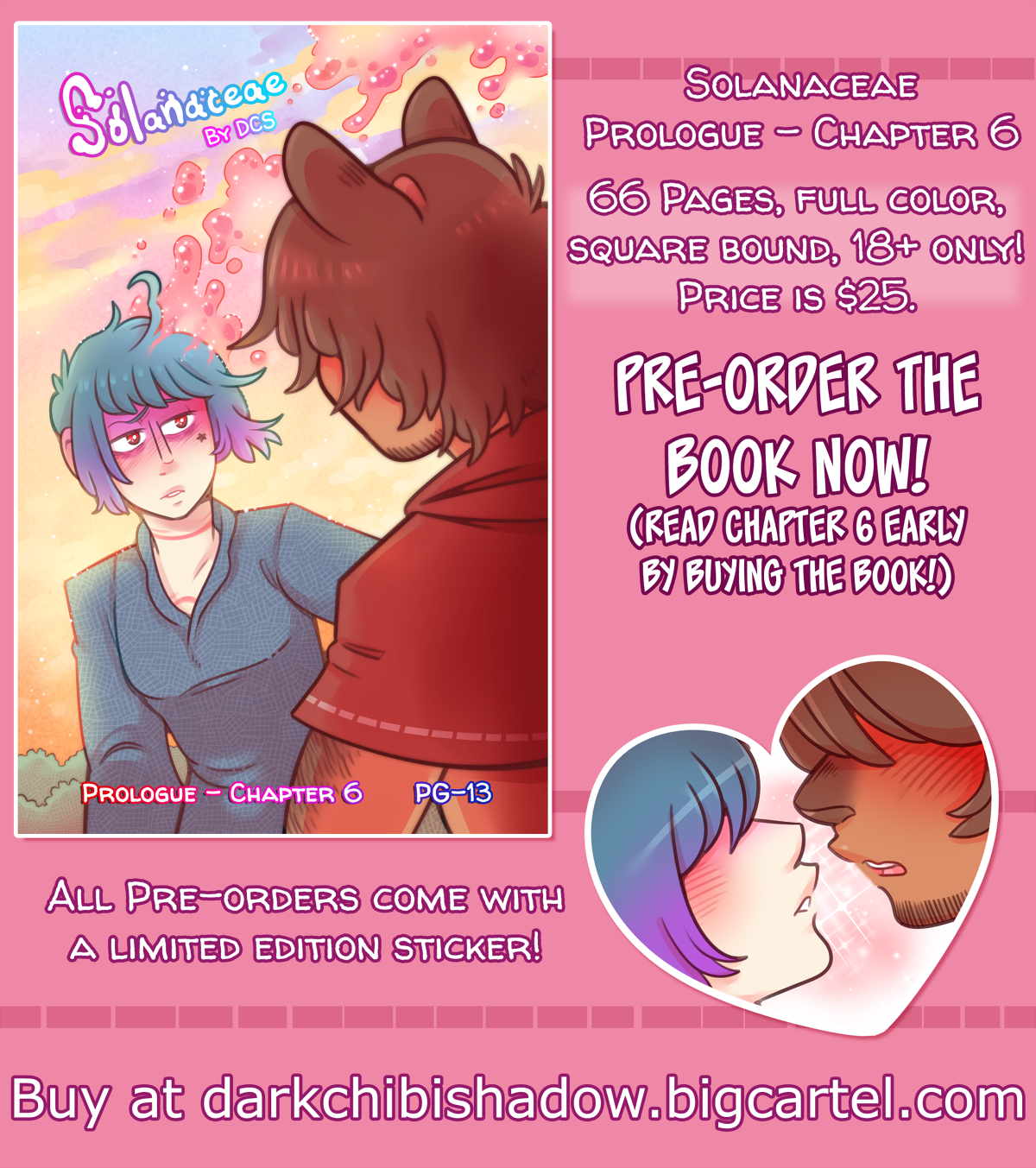 You can have one too, but be warned, we have less than 10 available-- so act quickly!
https://darkchibishadow.bigcartel.com/product/baby-gummy-plush-pillow

(Seriously though, this was an item I made for a friend, myself, + the crew, but decided to make some leftovers for folks who might like it. We don't have plans on remaking this item BUT if there is enough demand, we would consider bringing this back in some form or the other...) 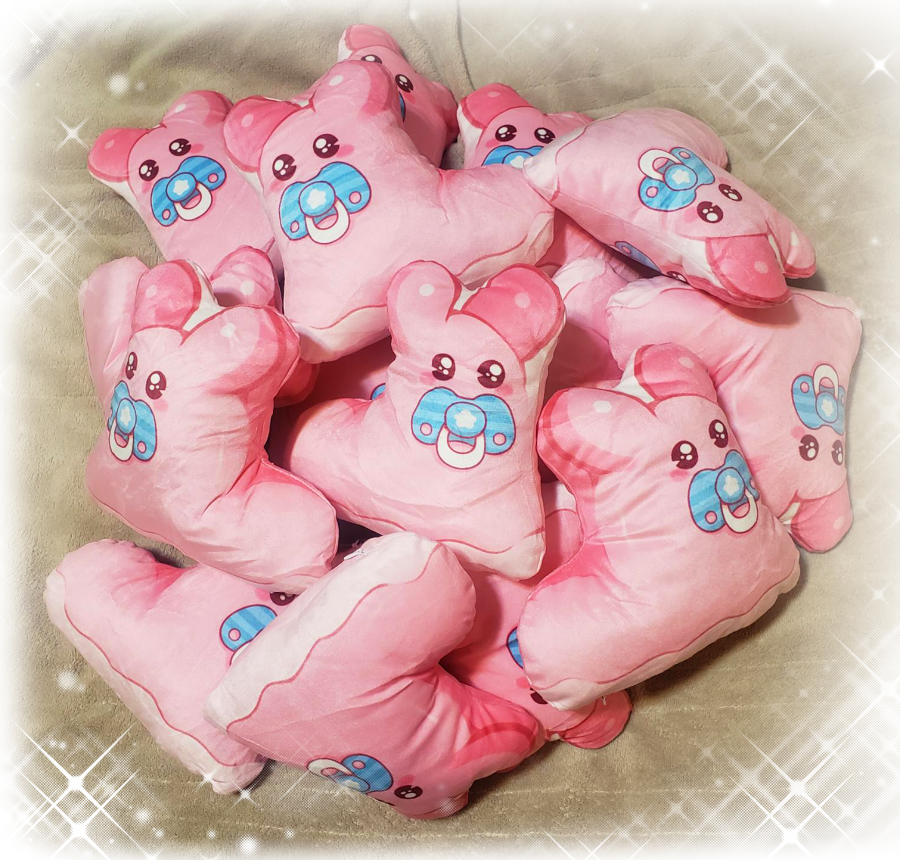