Artist, Dancer and Creator of various stuffs including but not limited to, "Konoha Delinquents", "Button 6" and "TEYA."

I've made a new thing!

Check it out here https://tapas.io/series/TEYA
or on WebToons at https://www.teyacomics.com
Reply  to conversation

You may have noticed that the latest Chapter for Button 6 is the final chapter! I know, I know... it sucks... but before you die from heartbreak, know that I do plan to continue with occasional 1-pagers. Life is pretty hectic for me at the moment which is why I had to wrap the story up quicker than originally planned. I had the story written up to Chapter 20 so I had to make some sharp U-turns to make an ending that kind of works considering the situation.

It's definitely not my best work but it was definitely a huge learning experience! Thanks to everyone who supported, donated and gave me words of encouragement. You guys rock! I've been working on a screenplay in my spare time that I plan to sell in the future but have also been entertaining the idea of turning that into a one-off comic. If that happens, you guys'll be the first to know!

Thanks again!
Reply  to conversation

Good news on this good morning!

The story is finally continuing in Button 6, starting Tuesday 21st February! Sorry for the long wait. And boy what a wait it was... But don't worry - if you've totally forgotten whats happened in the story, this recap video is for you! 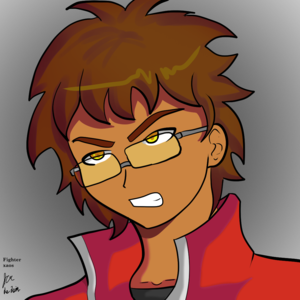 Alright dude! :D I know you've been away so it's cool. Also you gave me an idea with that video recap. I was thinking of how to do a recap for my own series for new readers.

No problem! Yeah, I didnt wanna go back in without something to refresh people. I wasnt sure if I could get hold of a voice actor so I was going to do a recap as a comic strip, which wouldve been okay.. but glad he came through in the end! :) 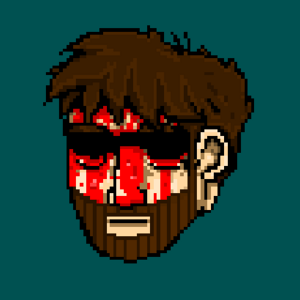 So I'm back home in the UK as of last week! Still looking for full time work but, until then, the comic grind continues :)

Chapter 10, 11 and 12 are all finished but I wont be releasing them until I finish 13 and 14, which will be soon! Until then, hold these 1 pagers while I buy myself time :) This way, when the next story chapter comes out, you know your gonna get another one the following week and then the following week again, etc.

Also - I've set up a donation button at the bottom of the Button 6 page. You can see it near the comment section. (or just click here - ​
https://goo.gl/g6454f) If you like what I do and want to support somehow, hitting that donate link would be awesome and any amount would be appreciated.

Again guys, thanks for all the subs and keep sharing to make this thing grow. I have plans to expand the content outside of just fighting games too so that's somethin' to look forward too! :)
Reply  to conversation

Good afternoon! Thanks again for subscribing to Button 6! Much appreciated. We're almost at the 100 subscriber mark, which is an awesome milestone!

I have some news:

I've landed a pretty cool job opportunity all the way in Taiwan, which I will be taking. So I'll be leaving the UK on the 27th May and will be working full time for at least 6 months. Possibly a year! This means that weekly chapters of Button 6 will be effected. (starting from this Monday as I have lots of things to sort out before I make the big move) Don't worry, I fully intend to finish Button 6 as I've written a cool little story that'll wrap up around Chapter 18 but it just means that releases may be a it slower, with me being a 1-man production team and all :(

I'll drop another update once I land in Taipei so stay tuned for that. Again, thanks for all the support!

Congrats man! You deserve it! it's now september when is this gonna pick back up? you got me itchin to know what happens
Reply  to conversation

Morning everyone! There'll be no Button 6 today unfortunately! I've been working on an Animation for a client along with some other stuff. Going to try my best to get it out next week for sure. Please stay tuned raise your arms to send me your energy, Spirit Bomb style! :)
Reply  to conversation Your work is ART ! Wishing you all the best !

Thanks for the kind words! Much appreciated :)

and thanks for subbing too!
Reply  to conversation

Hello friends! It's been a while but I'm back! :) You may have noticed a bunch of update notifications in the past hour. Thats because things are in motion again. And with that, I've made some changes.

When I began Konoha Delinquents it was going to be huuuuge story spanning 52 chapters, each between 15-25 pages. I had written the entire story out and was ready to make it but I think I was unaware I became a victim of my own ambition because boy... when I started drawing it all out, it was going slooowwwww. Like, painfully slow. Breaking News: Doing a long story driven comic alone is crazy. So what I've done is put the story on the shelf for now and instead, (starting tomorrow!) I'll be turning it into a weekly comedy skit series set in the Naruto world featuring all the characters I've introduced. The plus side to this is that I can post every week quite easily. AND - I can add color! Which is why I went back to all the character intros and spilled some paints on them :)

So thats what's going on with KD. (Konoha Delinquents) I really wanted to tell the story I had (and I do plan to touch on the some of them in this new format) but it just wasn't realistic to do it in the way I had originally planned :(

In other news, I have another comic coming out, starting tomorrow! It's called "Button 6" :) I wont say much about it here but if your into fighting games, (particularly Street Fighter) you should definitely check it out and share it with your fighting game friends.
http://tapastic.com/series/Button6

So while I've been absent for a while, I've been working hard to bring you a double whammy of content :) I'll be making a Patreon page as well at some point so, if your reading this and you like my stuff and you'd like to support. Stay tuned for that.

Thanks for being patient with me :) Happy new year and stay tuned!
Reply  to conversation

Hello friends! Apologies for the huge delays! After a lot of hard work i've finished the outline for Konoha Delinquents! Yay! But the journey is only just beginning of course and drawing it all out is going to be an epic endeavour. But i've got something planned that'll help with that as well as provide regular content for you guys. :) So stay tuned for another update in about 2 weeks. In the mean time, here's a little screenshot of some upcoming posts :) 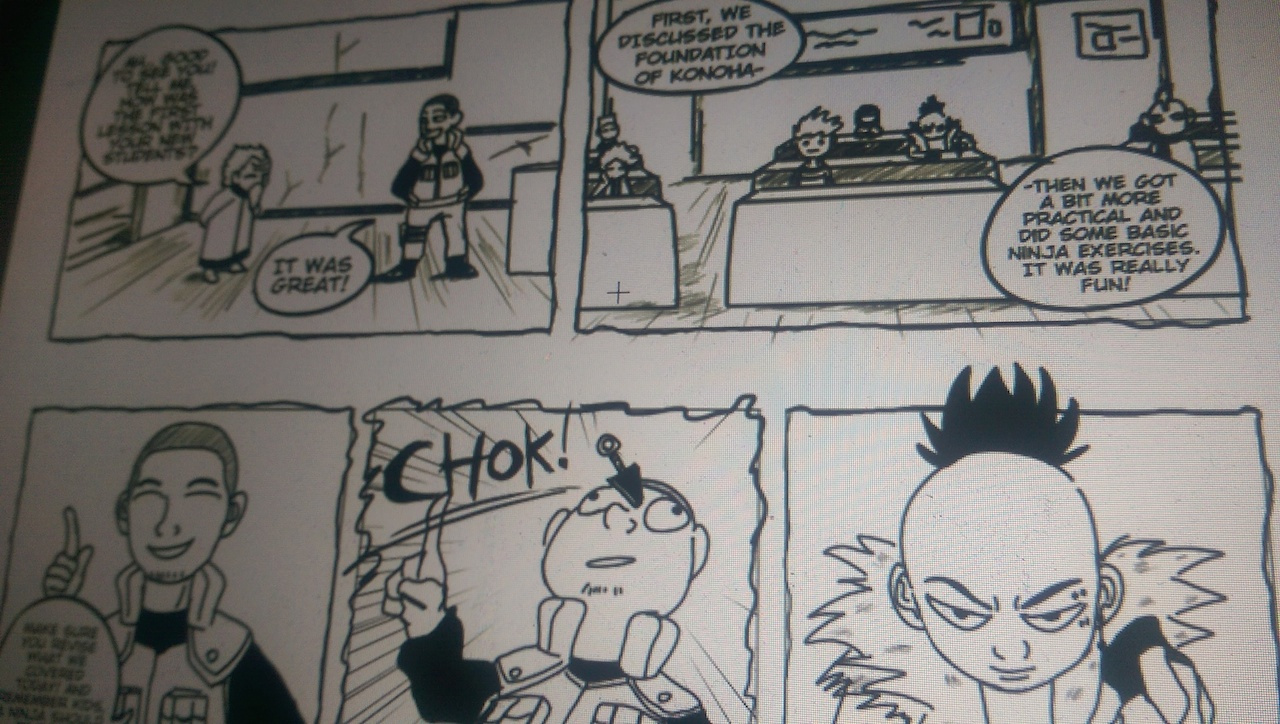 Hello again friends! I'm still working hard on the script! Still cant give an exact date yet but at this pace i'm thinking I can definitely be done by the end of the month/first week of October. The process has made me expand the story slightly and ideas that I hadn't considered during the drafting phase are coming to life now that I'm properly writing out the story. Which is great! And fun! (sometimes lol) but just means it'll take some time.

Anyhow, I wanted to share a preview of Chapter 13 with you guys. Just hit the link if your interested in reading! One of the characters got beaten up and some real talk is dropped regarding the situation lol. Hope you like it. Essentially, this is how a Chapter will look before I draw it into a comic. I'm currently on Chapter 22 and I plan for there to be 51 Chapters for now so you have an idea where I'm at :) Give it a read! 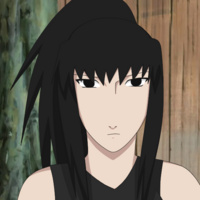 The script looks amazing! I can see that there's a very complex story going on there, can't wait to see! :D
I wanted to let you know too that you (and some other artists) inspired me to start my own proyect too n_n Way more simple, but well Un_n So I wanted to thank you for giving me -indirectly- the confidence to start :D I'll be waiting for more news n_n

Thanks a million for that :) And thats amazing to hear. 0__o I never would have thought that my work could help someone in that way :) I'll be sure to check out your work and offer feedback and tips if you'd like it. Keep me updated! looking forward to it! :)
Reply  to conversation