Graphic Designer and Freelance Illustrator with an extreme love for every kind of comic as well as a love for making them.

Hi everyone! I've decided that the new update schedule will be two pages every two weeks. So for example the next update will be the week AFTER next.

Also! I stream over on Twitch, sometimes I stream myself working on the comics. Slide on over to https://twitch.tv/jacindahexx probably Tuesday if you wanna see how I work on pages.
Reply  to conversation

Hey loves! I have just relaunched my Patreon! If you guys love StepSisters and want to support ya girl then pledge. As little as $2 a month will give you access to early updates, released as I complete the pages!

The more you pledge, the better rewards you get! At the $5 tier, you'll get a monthly wallpaper, $10 and those wallpapers will be printed on 5x7 papers and mailed to you, $15 gets you access to process videos and in the future, possible patron only streams.

But those perks are only the tip. If you want to find out what other goodies will be waiting for you then go on over to my Patreon at https://patreon.com/TheArtofAytch.

See ya loves!
Reply  to conversation

Hey, how y'all doin'! We're nearing the end of Chapter 2 so just a few updates for y'all.

First, is anyone interested in a physical copy of the chapter? It'll definitely be a smaller run than the first chapter, probably ten issues or less.

Second, this ties in with the first update. I'm not sure if any of y'all know this but TicTail is merging with Shopify as of April 2019, so I'll be switching my main storefront over to Storenvy. You guys can still purchase from the TicTail storefront up until then but once they merge, Storenvy is where it's all gonna be at. So! Starting January, January 14th probably, I'll have preorders open for Issue #2 over on Storenvy to sort of christen the storefront. I'll probably also have a special go on or something, I have yet to figure that out. They'll be the same price as the first issue more than likely.

Anyways, that's all I gotta say, see you guys on the next update!
Reply  to conversation

Hey loves! Today’s update will be delayed due to Hurricane Florence! If it’s not done by tonight you’ll have a double update next week! See you soon <3
Reply  to conversation

Hey loves, I set up a Patreon! With as low as $1 you'll be able to access early updates starting next month! https://www.patreon.com/TheArtofAytch
Reply  to conversation

Sorry loves, no update this week and probably next week! I'm under the weather with a head cold and haven't been feeling too well. Plus my buffer of pages has finally been depleted so I need to build that back up.

In the meantime, so you'll have something to read I'll be posting little short comics of the kiddos. See you soon loves! <3
Reply  to conversation

Hey everyone! I recently made a Ko-Fi account! If you’re enjoying StepSisters donations would be loved and deeply appreciated! https://ko-fi.com/theartofaytch
Reply  to conversation 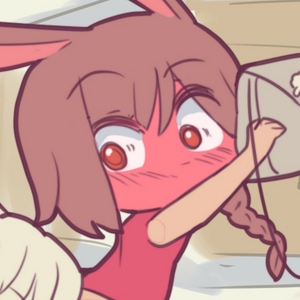 Of course! Your comic is so cute and funny!
Reply  to conversation

Streaming some pages live on Picarto! https://picarto.tv/Maya1121
Reply  to conversation