Hello everyone! I'm just a new artist who has started working on a comic book. You can call me Oliver Oliver. Not only am I working on comics, but I also have a deviantART account where I post any kind of artwork I created.

Hey everyone. For those who have subscribed to Oneirataxia, I have an announcement for you all. The short of it is, the comic is going on a bit of a hiatus. (This does NOT mean it is cancelled.)

I haven't been uploading any pages to Oneirataxia in a long time (the last one was in January...), and that is because I've just been figuring out my plan in life. The truth of the matter is I just felt like I hadn't been exactly improving in my skill by only working on this comic. Basically, all of my effort had been put into this comic and I wasn't making any separate artwork. Even though I was putting a lot of effort into the comic, this comic was really the ONLY thing I had to show of my works. I didn't like that.

So I've decided to put Oneirataxia on hold for now and finish it when I come back at a more...for a lack of a better term..."stable" moment in my life. And when I come back Oneirataxia will be better than ever. I'm going to be starting the whole comic from the beginning and correcting any major mistakes I've found in the series.

But for now, I'll be focusing on just working on different projects. If anyone is interested in helping to support my work, then you can follow me on either Tumblr or my deviantART channel. I don't know how often I'll be posting artwork on here (mainly because this is more of a comic website than an artwork website and I dunno how much I can really post), but I'll be posting a few artwork here and there. And this picture here is an example of the kind of artwork you'll see.

I apologize for this incident, and thank you to those who are still supporting me and my mess of an artist. 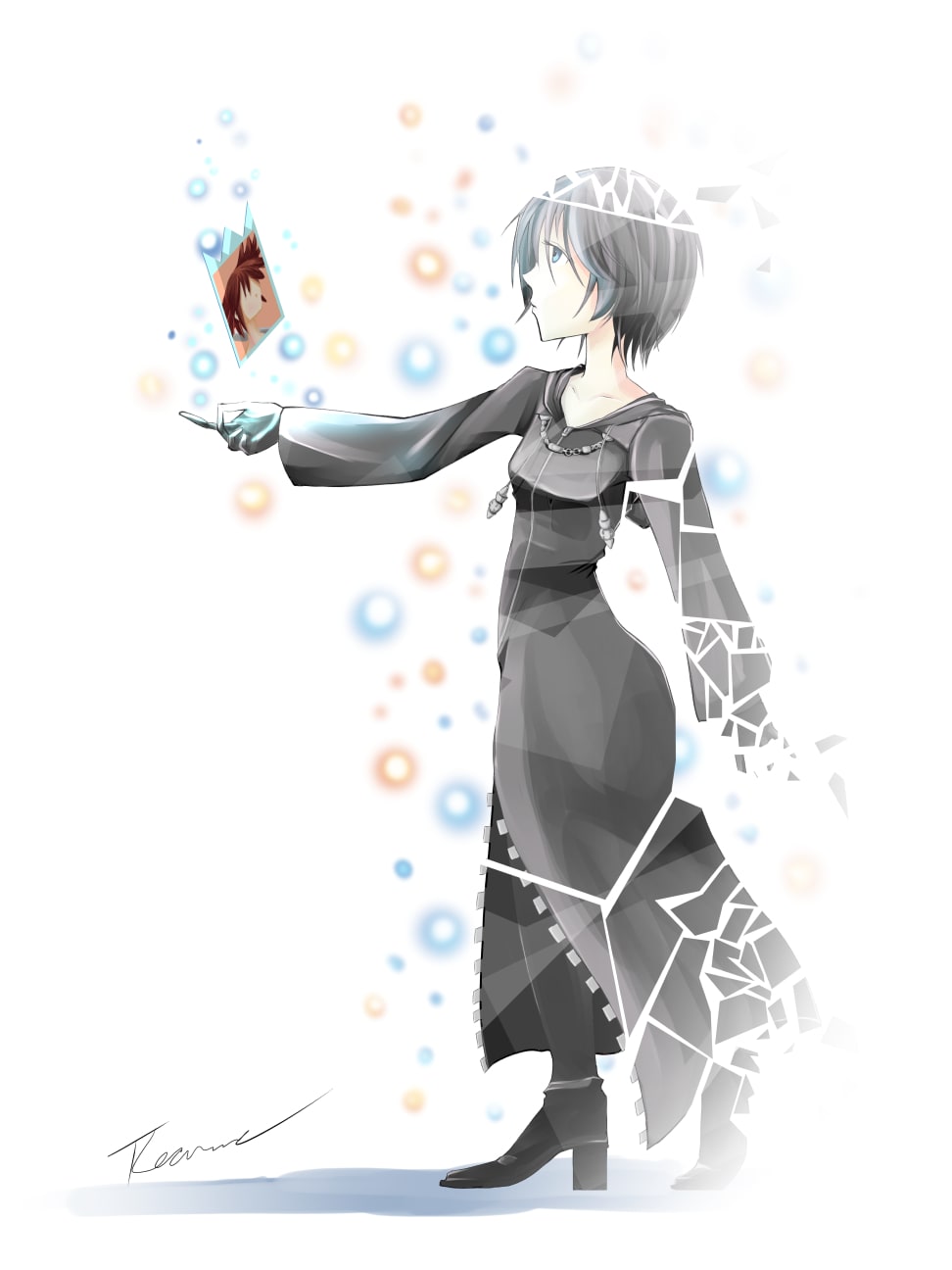 Hello everyone. Another update on my progress with Oneirataxia. The short of it: I won't be able to stick to my usual schedule. I will still be uploading, but not as often.

For those who want to know more, it basically boils down to time. My job takes a good chunk of time out of my day that it doesn't leave much room to draw. Pretty much, if I want to draw, it is coming out of my free time. The second thing is I am trying to push my self as an artist. I want each page to be better. The only problem, though, is that now each page takes more and more time to make.

There will be more to come. Oneirataxia will be finished. And of course thank you to everyone who is reading my comic.
Reply  to conversation

Hello everyone. I'm sorry to announce that the next page of Oneirataxia will not be released this Saturday.

Last weekend was rather busy and stressful for me. Last Saturday was my brother's wedding day and reception. There was a lot of set up that weeded to be done so I wasn't a be to fit any time in to work on the next page. The next page SHOULD be out y The next page SHOULD be out by next Saturday. I know that this probably is not some ground breaking news. I just want to let you guys, my readers, what has been going on and why I miss my update schedule sometimes.

All that a side, I'd like to thank everyone for the continuous support. I hope you'll enjoy the rest of Oneirataxia.
Reply  to conversation

Hey everyone. I must apologize for missing my scheduled update and I apologize in advance if next upload is not on time as well. This weekend my brother is getting married as well as family coming into town and I don't know how much time I'll be able to fit in to work on Oneirataxia. I will try my best but if the next page doesn't get uploaded on schedule then it will be uploaded as soon as possible.

And again, thank you for taking your time reading Oneirataxia.
Reply  to conversation

Hey evberyone. I'm sad to say that there won't be an update today for Oneirataxia. There's been a few things going on with my personal life and on top of that I've suddenly come down with a terrible head cold and it has really left me with little to no energy. I will try to finish the next page by next Saturday though.
Reply  to conversation

So I have decided that I will be uploading Oneirataxia biweekly. The upload day will be on a saturday.

Thank you so much for reading Oneirataxia and subscribing.
Reply  to conversation

All pages are all done. All that's left is to edit them. Expect them to be uploaded this week.
Reply  to conversation

Hello everyone. So to start off.... yeah... the pages didn't get finished by March. I don't really have any excuses for that.

I will say, though, that this section of pafes is almost done. I have only two more pages to finish. I'm sorry for always pushing the dates back again and again. Honestly, part of me has now considered uploading a page a week to help force myself about deadlines, so after this update you can expect to get a page update weekly instead of chunking it and waiting for freaking forever....

Again, I apologize for the long waiting. I hope you all will still be interested in Oneirataxia after all this waiting.
Reply  to conversation

Hey guys. This is coming a bit late but here's an update on the pages.

These last few days haven't been the best with me mentally and there was a lot of stress working on the pages and certain pages' drafts were being changed. Not saying no progress was done, in fact two more pages were finished, but that not as much progress as I had hoped to have accomplish didn't happen.

So right now 4 out of 11 pages are completed. My goal is to finish these pages by March.

Of course, thank you to those who have subscribed to Oneirataxia. It means a lot knowing there are people reading this comic of mine. Have a good day.
Reply  to conversation

Hello Everyone! An update on the next batch of pages.

This next batch is going to contain 11 pages. It will probably take a bit more time since these pages are mostly action shots as opposed to still shots. The first page is finished already though and the inking for the second page is done as well. If I were to estimate how long it would take to finish these pages I'd say about a month? Could be sooner, could be later.

And I would also like to take the time to thank all of those who have read my comic and have subscribed to Oneirataxia. It means a lot to me. I hope you'll enjoy this story of mine.
Reply  to conversation