I need to know what happened on this website that made all my profile info disappear except my tools.
Reply  to conversation

I wrote this super dark one shot set in the same universe as The Marked because I couldn't focus on my programming assignment that's due tonight. It's flagged on Tumblr for sensitive material as it contains an implied suicide, so beware of that if it might be triggering for you. It does slightly flesh out certain aspects of world The Marked is set in, though, and I'm probably going to reference it later in the novel.
https://realshebeast.tumblr.com/post/167150686191/the-mother
Reply  to conversation

Here's some random dialogue I plan on working into The Marked eventually, though I'm really not sure how far into the novel that'll be: https://realshebeast.tumblr.com/post/166634012116/appollyon-do-you-think-things-would-turn-out
Reply  to conversation

WIP of the first panel of a surprise Inktober Enhanced Ramblings update I'll hopefully be posting sometime tonight. It was originally just gonna be the image, but then the poem happened.

Side note: Sorry the image is rotated. Everywhere else I've posted this it's upright. 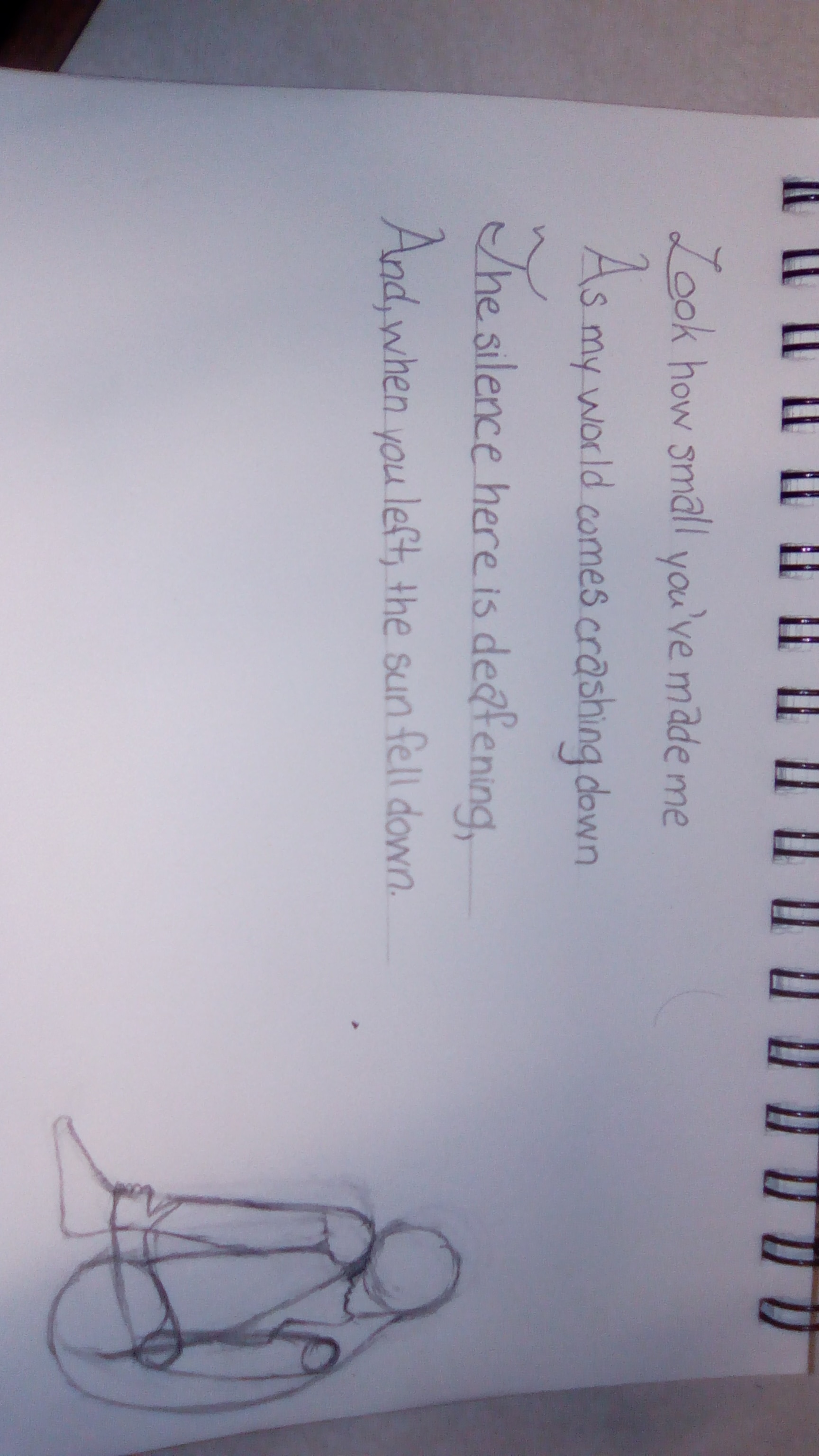 Photo of a sketch like the heathen I am, but here's a WIP of my dancer boy Rojo. 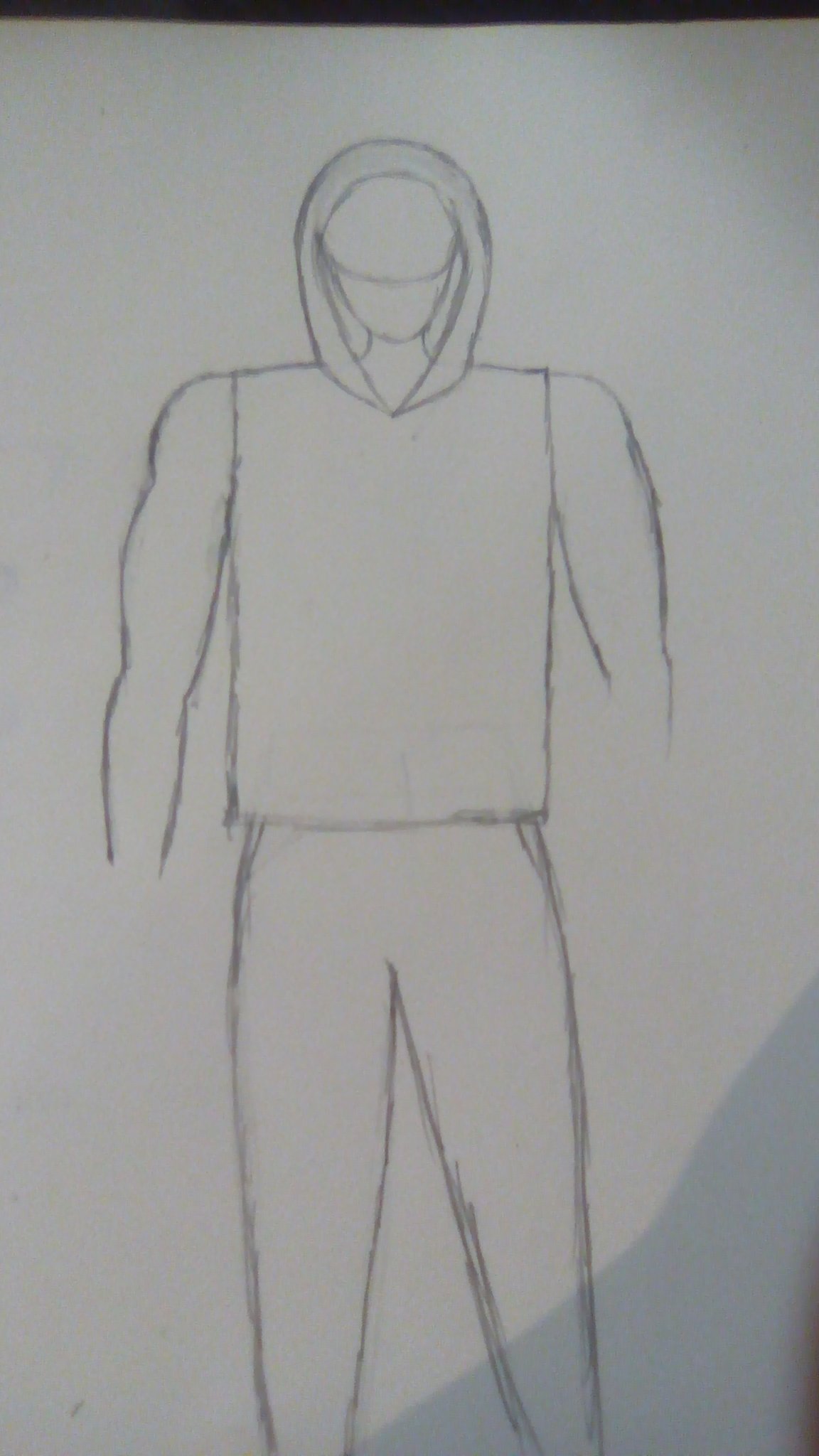 Thanks! I usually chicken out of drawing muscles, but Rojo's supposed to be fairly buff, so I actually had to try.

I don't feel like I can draw muscles very well either and like, I've got one character on here who's got muscles but I covered his arms with a long sleeve (cause it was from a scene I was writing) and the other one, it's only her head that's in the frame XD
Reply  to conversation

It's been nearly a month since the last time I updated any of my series, which I doubt is surprising to any of you given the unfair number of times I've posted about how updates will be irregular followed by sometimes-empty promises of a pending update. Unfortunately, telling myself that I can get updates done at least sometimes while I'm trying to navigate one of the more chaotic points in my education has turned out to be more stressful than I anticipated, so I've decided to officially put all of my series on indefinite hiatus. That being said, I do have the beginnings of a project in the works (as of today, tbh), and I'll be posting concept art for it from time to time whenever I get the chance. In the meantime, if any of you still want to keep tabs on me, I'm pretty active on Facebook and Twitter, and I'm on the Name-Pending Discord server almost daily.

I hope life is going alright for everybody, and I'll see you all again in a couple of months!
Reply  to conversation

I think I'm going to cut down a bit on the extra stuff I post on here so you guys aren't getting flooded with notifications about non-comic- and non-novel-related things whenever I go on an art binge. I'll continue to post everything but actual updates on Facebook, Twitter, and Tumblr, though.

I may or may not have stuffed myself to the gills with food in the school dining hall... to the point where I'm insanely sluggish right now because this food needs to digest.

*sighs of relief* Oh good(ish?) I thought I had missed another stream. Feel better? (I can't really tell what you're talking about soooooo.... I'ma just go now)

I overate to the point of almost making myself sick.right before when I was originally planning on streaming, so I had to put it off by a few hours.

Oooh yikes. I've done that on a few occasions but on a less severe level where I just give myself really bad stomach aches from eating too much. Not because I want to eat, I just don't wanna be rude or be that awkward one person who's not eating.
Reply  to conversation

I designed a super basic dumb shirt based on a tumblr meme.
https://shebeast.threadless.com/designs/horrible-bear-bear
Reply  to conversation 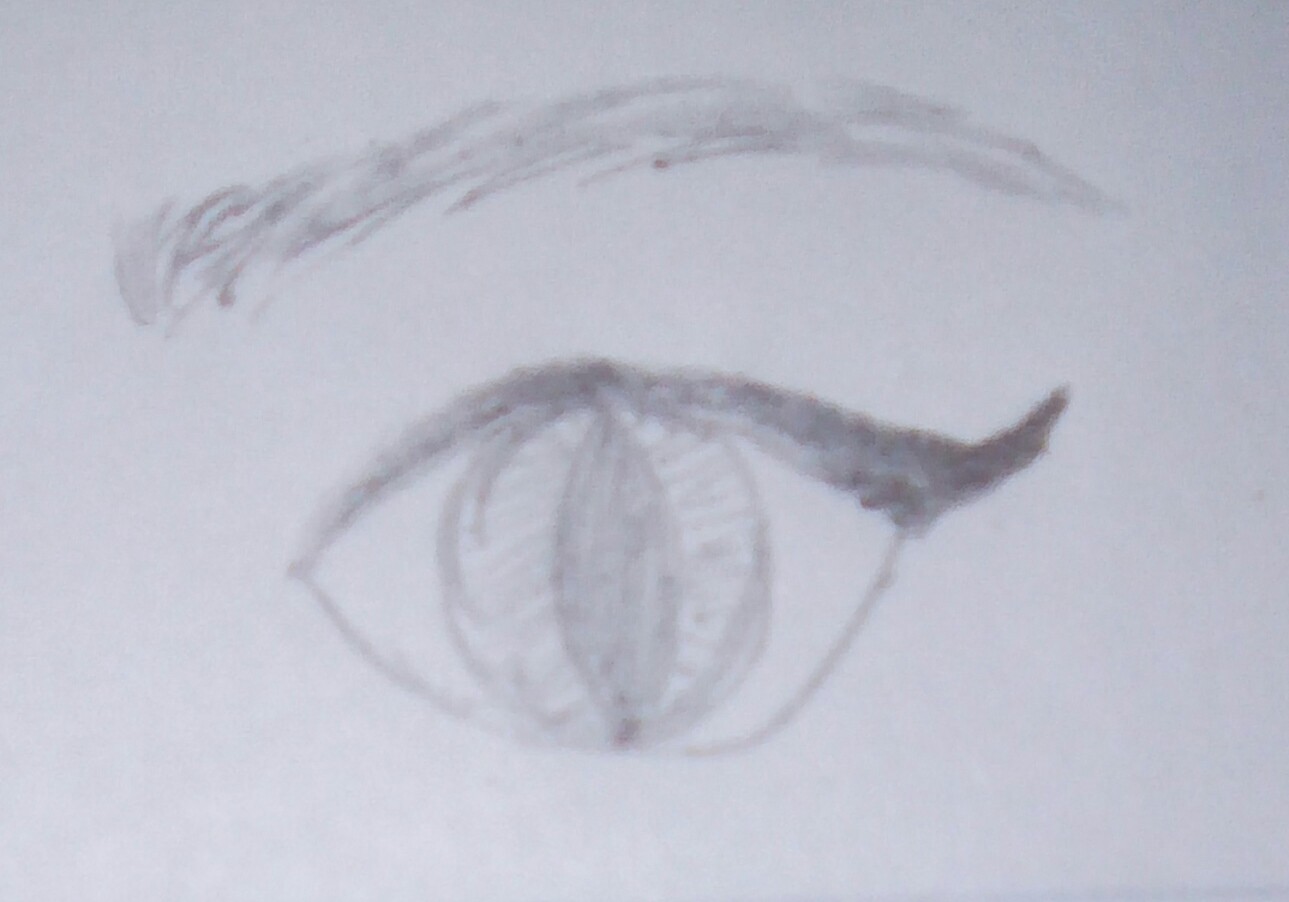