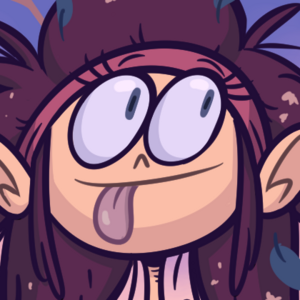 Creator of the comic series Urchin! Ain't that a hoot? 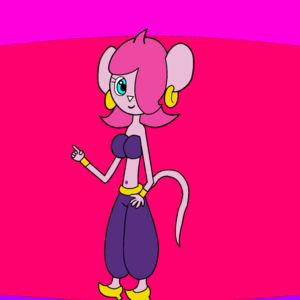 Hello? Are you there? I haven't seen anything new from you since February of last year. I miss Urchin a lot.
Reply  to conversation 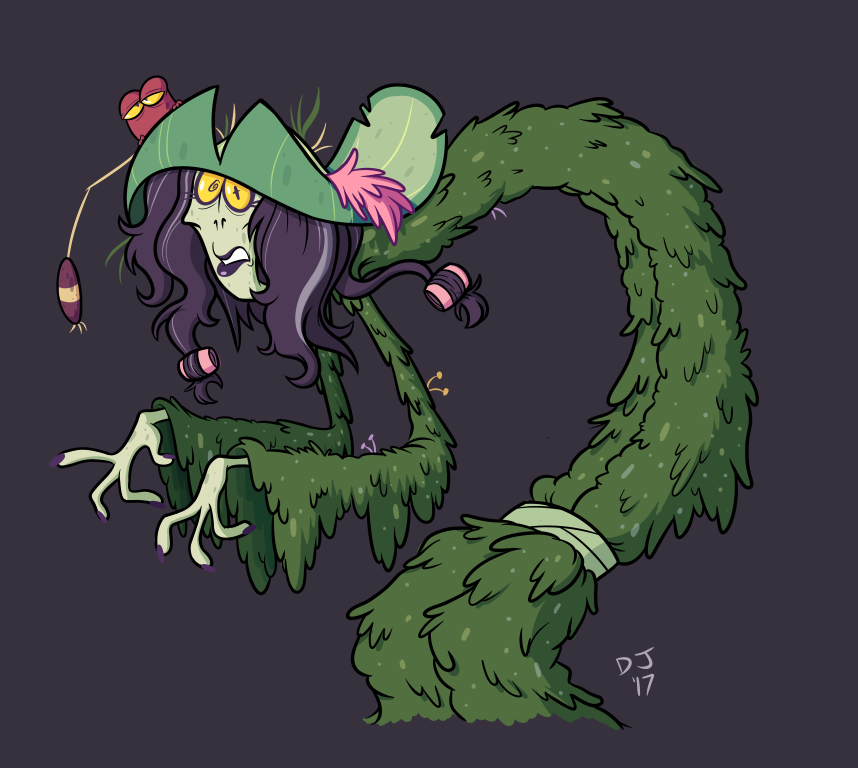 Auntie Anchor! WOW SHE BIG HUH?? How does SHE fit into this story??? 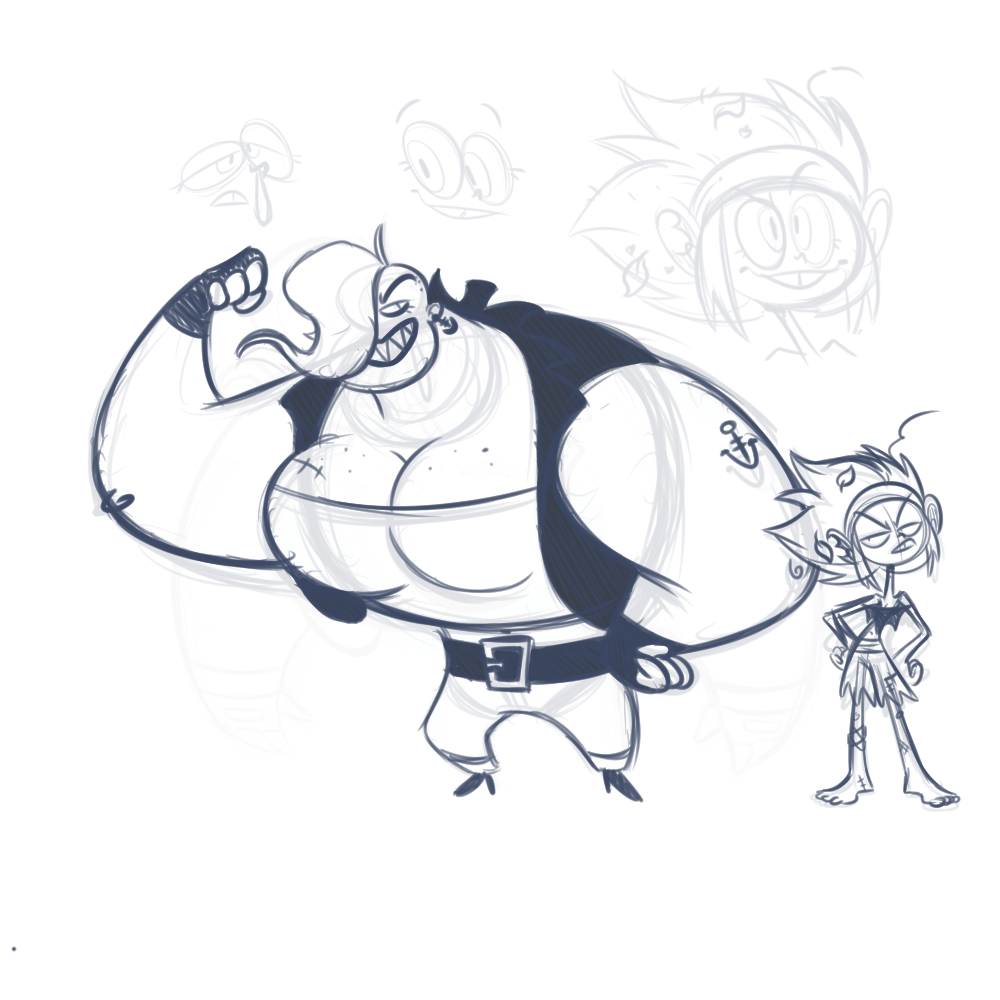 HEY GUYS, sorry for not uploading in a long time, hopefully I'll be less busy soon and can get this comic moving again!

Here's some previews of things to come! 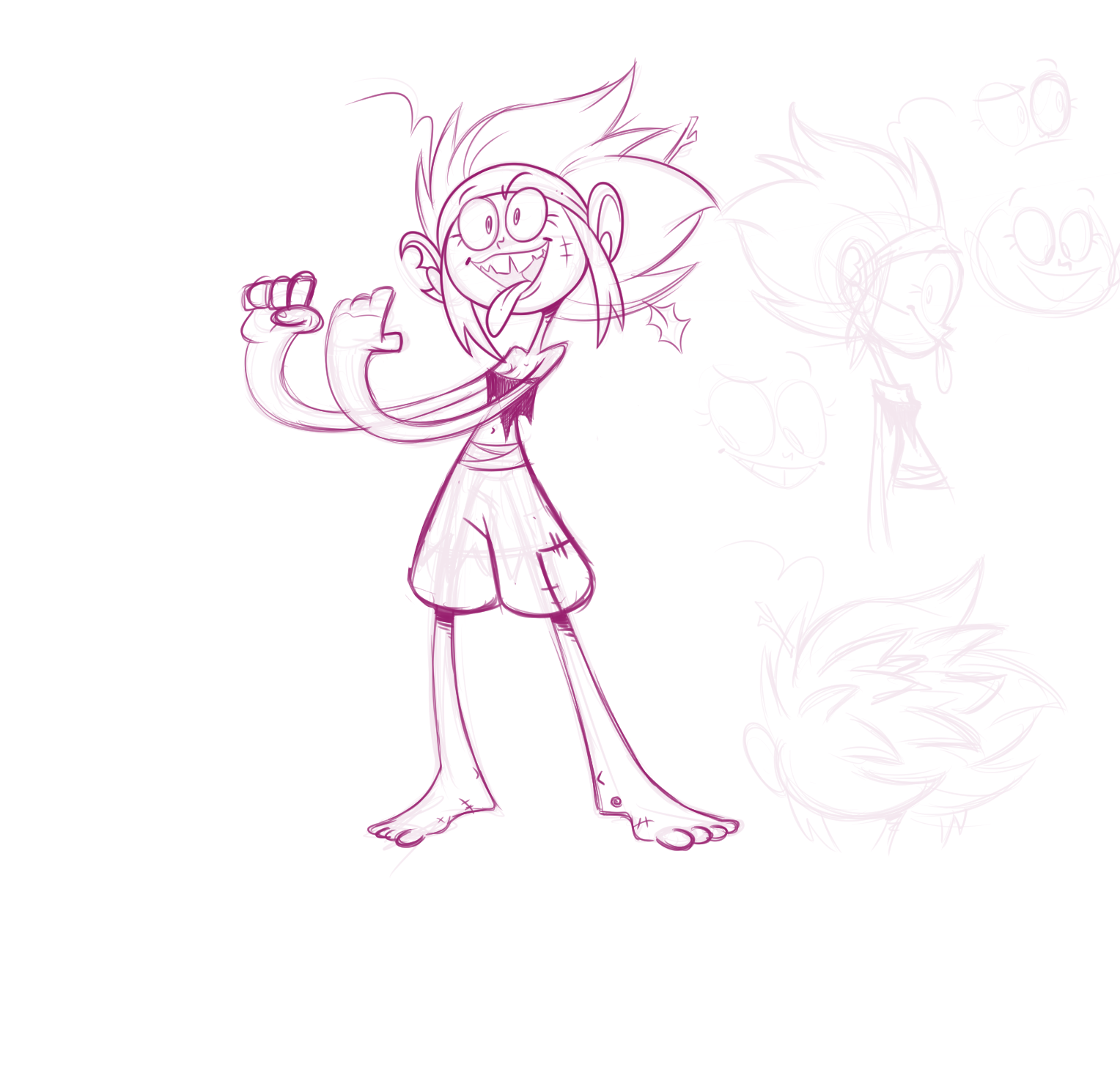 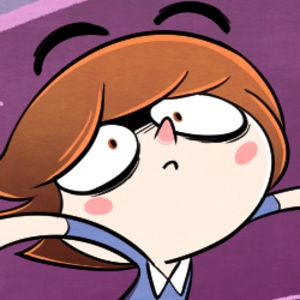 Hey, thanks for subscribing to Wayward! Loving your comic too! :3 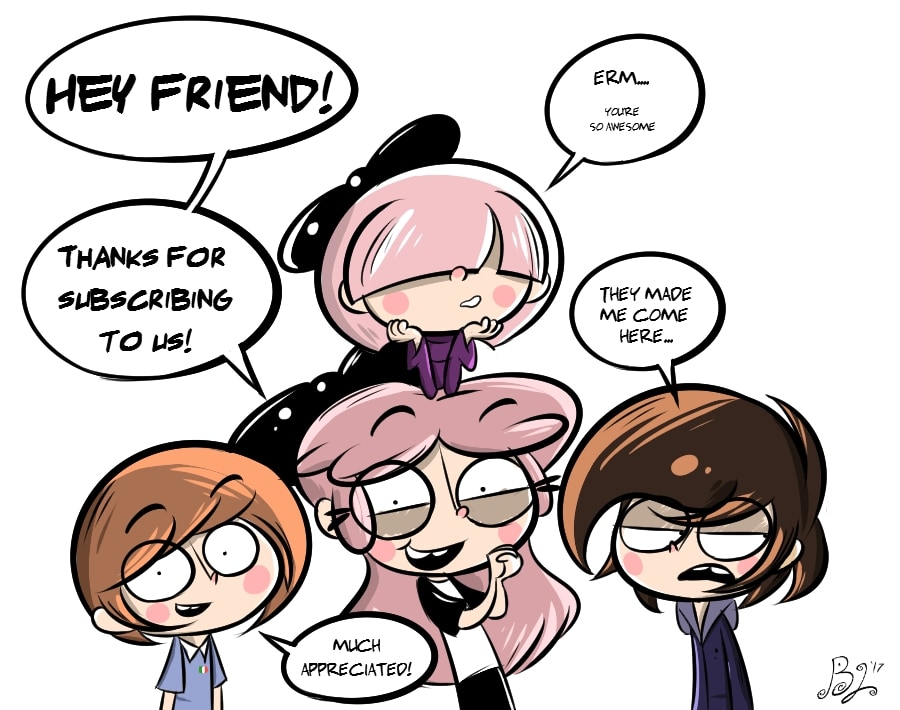 Actually, here's a little chart I made of my creative influences!

1. Rare Ltd. in general. Banjo Kazooie, Conker, Donkey Kong Country, Grabbed by the Ghoulies, Rare is probably my BIGGEST creative influence, especially for Urchin. Meeting fun characters with personality, going to new colorful worlds, when I was creating Urchin (Back when she was called Nancy), these were the VERY first things I knew I wanted.

2. Rayman, but Rayman Origins in particular. Origins is what I look at and say "THAT'S what I want my stuff to look like!" So cartoony and full of life and energy!

3. Creaturebox. These guys do the art for the Ratchet and Clank games along with some other generally awesome stuff. Mostly giant monsters and robots.

4. Katie Rice. Been a fan for YEARS! She has the PERFECT mix of cute, funny, and weird. Had a hand in some of my favorite shows, like El Tigre.

5. Crash Bandicoot series! Oddly enough, mostly the later games. When I think of how I want the dialogue/humor/character interaction in Urchin, I think back to Crash Twinsanity and Crash Tag Team Racing.

6. Dave Cooper. Just love his wobbly style! Really fun and always bizarre. I remember seeing his Wonder Woman comic in DC Bizarro WAY back in high school and loving it, love his stuff to this day!

7. Ren and Stimpy. Is there a better example of weird, wacky cartoons? I feel like a lot of cartoon artists have SOME sort of Ren and Stimpy influence. Honestly, this was more when I was in high school, but still a big one for me.

8. The Legend of Zelda: The Wind Waker. I just love the colors, the simple shapes, it's just so appealing and ahhhhhh

9. Jamie Hewlett. Gorillaz, Tank Girl, I just love his style! I can't really say SPECIFICALLY what I like about it, but I just love seeing his art! Loved his new story in 21st Century Tank Girl. 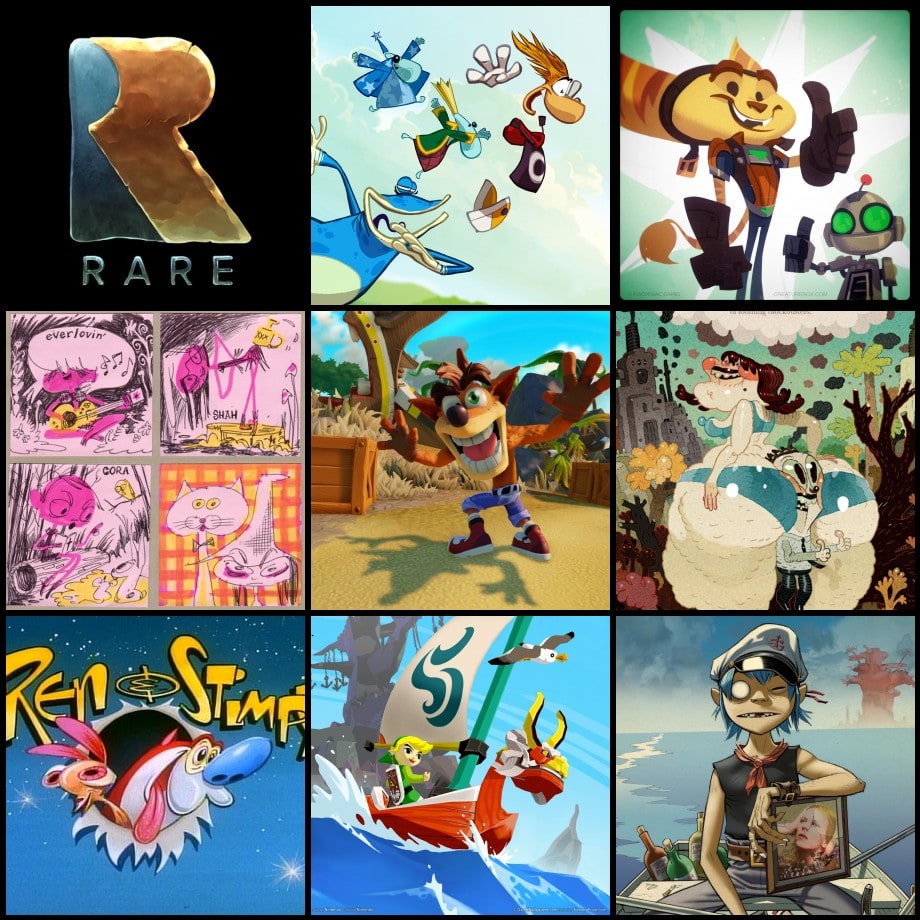 I've been making this comic for awhile now, so it's great to finally start posting it! Urchin! is about the adventures of a headstrong, immature, fun loving adventurer named Urchin and her loyal, long nosed friend, Snoots. Together, they sail the seas of their world looking for fun, whether that means exploring new lands, playing pranks on people, or seeing just how many giant glorpberries Urchin can fit in her mouth (her record's 6).

Urchin! is inspired by all sorts of comics, video games, and cartoons that have influenced me throughout my life, like Banjo-Kazooie (or ANY game made by Rare Ltd., really), Wind Waker, El Tigre, Adventure Time, etc. 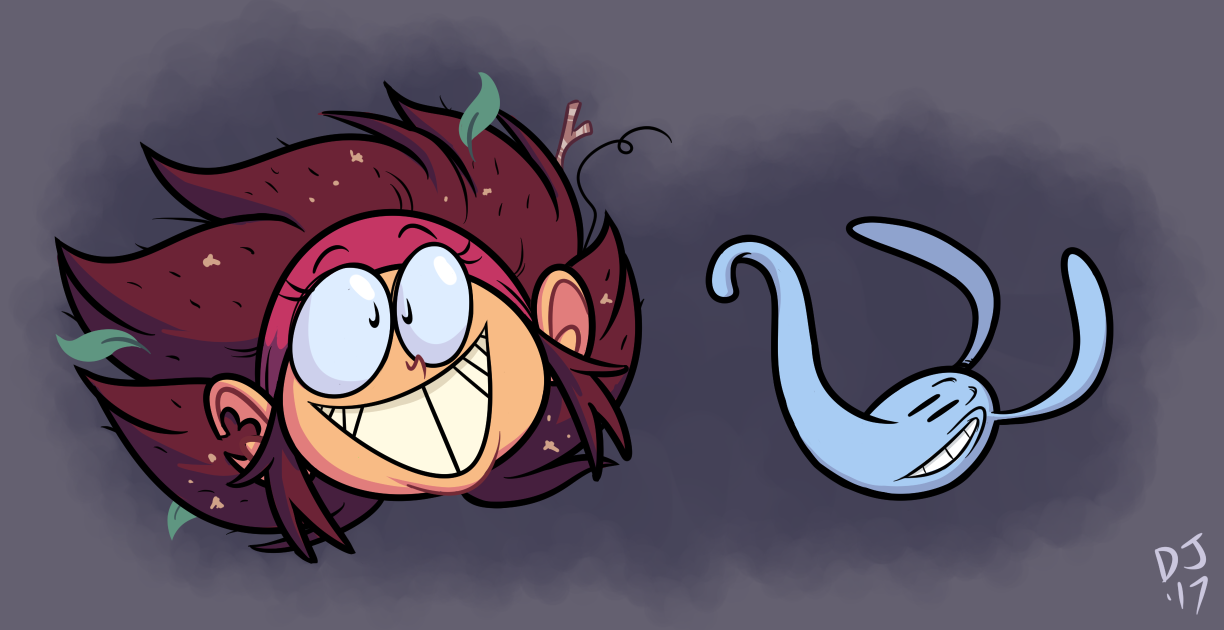 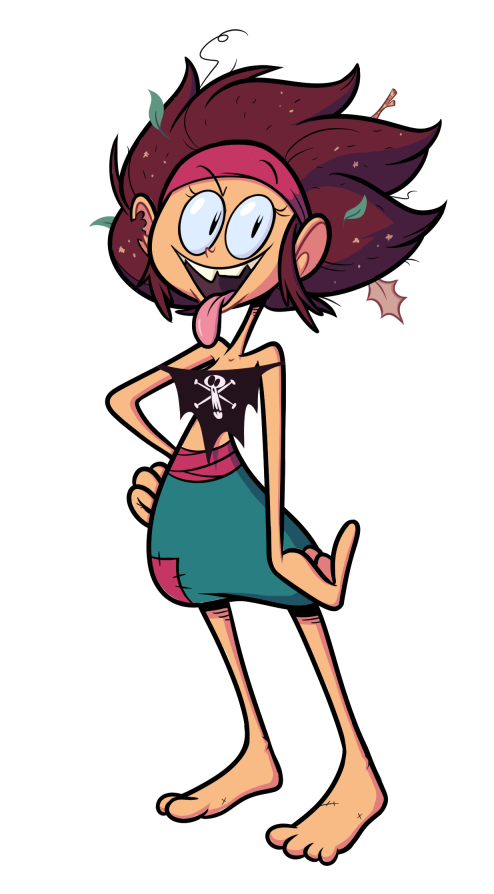