wow it always seems like such a long time when 2 months pass on these update logs, but in real life it feels like no time at all.

anyways i'm continuing on with revisions/editing, only like 450 - 500 more pages to go lol. also since this first draft is so heckin long, i'm trying to get rid of redundancy and pointless-seeming things, re-order some events and keep the best ones. except there are LOTS of pages to go through, and i'm trying to move things along in the story at a sensible pace. i think i need to get out a huge wrecking ball...

we'll see what happens in the next two months! T_T see you all later!

Hey all! This year has been going by REALLY fast.

I finally finished with the first revision. Whew. It was REALLY long T_T

I took notes and stuff so I need to organize all the questions, character bios/notes, settings, events, etc. and see where to make changes. The ending also needs some serious rewriting. Probably a ton of chunks need serious rewriting/condensing/slashing/research. The next revision will be so much fun -_- I hope to see this through and end up with something I'm happy with ^_^

See you later for now!

i have about 80 pages left to revise for the first draft. should be all done by the next update in april - my schedule for the past 2 months has been pretty packed with little free time or energy left ^_^' after this revision i'm going to let it sit for a little and then come back to make major edits with events and continuity and stuff. so hopefully the final story will have less than 3 novels' worth of words xD or at least be less meander-y...

anyways hope you all are staying warm!

have a wonderful evening and see you next time,

After the last update, I revised about 200 more pages and then took a long break. Up until now, I've revised a total of 380 out of 620 pages. It's very exhausting...

Remember this is only the first draft. Hopefully by the end of all this work, the whole story should be shorter and you won't be subject to reading hundreds of pages of garbled randomness, streams of consciousness, unneeded details, and continuity errors... xD

Here's to New Year's Resolutions and all that.

See you next year. Pop that champagne! Launch those fireworks! Clean your room! Or whatever :)

I'm still revising the first draft of the story... there are hundreds of pages left T_T There are a lot of continuity errors...

"I thought character X did action Y, but they did action Z instead..."

"Character X looks like this / has this appearance and it magically changes throughout the story..."

"Character X thought this but thought the opposite thing later..."

Lol. My current strategy based on a few tips is to just read the draft like a normal reader and resist editing. I think it's working okay. I've been making comments and questions about the story within the draft, and categorizing them based on stuff like character, continuty, details, etc. with minimal editing, and making notes and questions of the summarized events and character details.

Still a long way to go, but we'll get there eventually...

hey everyone! wow, it feels like a long time has passed.

after many years, i finally released my visual novel, friends with dogs, on itch.io! it's about a guy who needs to mope and then cope after losing his dearly beloved, except these three girls get in the way of it all. if you like college life, dogs, relationships, chasing zombies, eating delicious food, shopping at various places, music, comedy, and talking about death, check it out! it's in the link in my bio!

onto the tapas stuff. now that i'm done with fwd, it's now time to edit the giant first draft of my upcoming novel (the one about a cat(?)!) ^.^ there are likely other projects going on as well, so i'll be coordinating my time between them. i also have a sketch of the cover, but i still need to go through other possible ideas before choosing and coloring the final version. 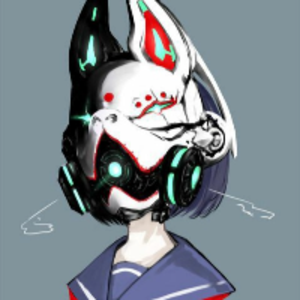 ^_^ ty for the support! and why pickles :( why not something that isn't terribly tart on its own lol! >O<

because my taste buds love torturing me ✨

time to get some new tastebuds :D
Reply  to conversation

Hi everyone! I hope your summer is doing all right. Wear sunscreen and all that.

Last month, I finished the first draft of my upcoming story after many months of working on it! Wooo! It involves a cat(?), a college student, some 'magic' elements... and some darkness :)

I always like to let drafts sit for a while before revising. During this time, I'm working on my visual novel, which is getting closer to completion. When everything visual novel-related is mostly done, I'll start revising my story. It's a LOT of words and pages, and I am sure there will be significant changes and stuff.

See you in a bit!

I've gotten through what feels like the climax in the first draft, and there are about 10 more events to write.

I revised the checklist because the order of events changed a bit. There might be more research and figuring out details and more rearranging of events involved.

After I've written all the events on the checklist, the first draft should be done! Yay! After that I usually take about a month to let the draft rest before editing.

And that's all. See you in the next update!

In the last post, I mentioned there were about 6 major events for the upcoming story. I wrote/mapped them out and broke them down into details, resulting in 40 smaller details/events. The first draft is already so long, but there is still more to come. Argh!

I am slowly working my way through the checklist of events. Sometimes the challenge comes from figuring out what to actually write for each of the events, and other times the story itself gets you all sad and stuff. And other times, it's about trying to balance your time between two projects, and not letting one totally consume the time of the other.

I've also been adding (usually) bi-weekly dev logs for my upcoming visual novel, friends with dogs, since that's where most of my time has been going.

Hope you're all staying safe. <3

im excited >w< and i hope you're doing well author

thank you for the support, olive lover :) and i hope you're doing well, too
Reply  to conversation

hey everyone! i hope you're doing well. 2020 keeps kicking our butts and we're quickly running out of frozen vegetables to soothe the soreness.

i did nanowrimo this year after not doing it for, like, 10 years. i drafted about 40,000 words composed of equal parts blather and substance, but i'm STILL not done. how? because it's the first draft... lol :(

there are about 6 major events that i still need to write, and then i'm taking a break before editing it. i have a good idea of the ending (as well as those major events), so this story isn't going to be floating in space forever. :)

what's taking so long? - i've been working on my visual novel, friends with dogs. the writing is all done for that ;) but it's the visuals and sound effects that i need to focus on.

1) did you do nanowrimo this year? do you plan to participate next year?
2) when writing (or whatever), are you a pantser, planner, or plantser?

til next time, and remember to wear your mask and wash your hands!