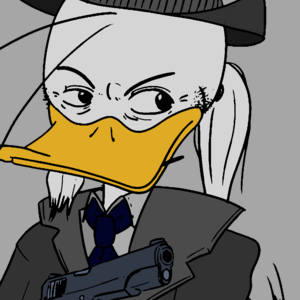 Hello everyone at Tapas!
First of all, sorry to introduce myself after having published 6 pages of Inspector McDuck -

So, a little clarification, it's been a while since the comic has had new pages. To explain, the comic (which is still in progress) is first made in French and the pages are translated simultaneously, the thing is that I realized that some pages have not been translated as it should and as I advance at the same time with the French version I take a delay for the English version. ( A thousand apologies ! )