Alex awoke to the familiar smell of stew. He had slept very well the night before. Lika’so’s bed was much more comfortable than the springy mattress he had in his apartment.

Alex rolled out of the bed, lifted his arms up, and stretched. He looked over at the glowing bottle of magic source.

Alex chuckled, “That’s so cool,” he said to himself.

Yawning, he proceeded to exit the room. Alex wandered into the kitchen, following the wonderful scent of hot food. He found Lika’so stirring a pot of steaming stew.

“You will not eat until you have bathed,” Lika’so told him.

Lika’so turned her head away from the pot and gave Alex a stern look.

“Okay, your house, your rules,” Alex said putting his hands up.

Lika’so stopped stirring the stew. “Come with me,” she said.

Lika’so led Alex outside and to the back of the cabin. There sat a large iron pot atop three stacks of stone bricks in a triangle shape. The pot was big enough for a person to fit in with plenty of room to spare. Under the pot lay several burning logs. Steam wafted out the top. It was an outdoor bath!

“When you have finished your bath, you may come back inside and eat,” Lika’so told him. She turned around and began walking away.

“Wait, what about clean clothes?”

Lika’so turned back to face Alex, “Those clothes are hydrophobic, bring them in with you.”

“But my underwear isn’t,” Alex responded.

“I will get some for you. Start your bath,” Lika’so said. And, without another word, she left Alex.

Alex stared at the pot. He had never bathed outdoors before. This would be a new experience for him. He had always wanted to try it but never knew where to go to do it.

Alex started to remove his shirt but was interrupted by the sight of a massive bird flying in a low circle ten meters above his head.

“What the-?” was all that left his mouth.

Suddenly, the bird screeched. It was so loud that Alex had to cover his ears. The bird ended its screech after five seconds, then, a large person clad in a jet-black armor materialized a meter in front of him wielding a claymore, the blade glowing red. Alex screamed and backed up several steps. He tripped, falling on his rear and then screamed again.

Lika’so was adding some herbs to the stew she was cooking when she heard the cry of a po’teki. This cry was much louder and for a much longer length of time than she was used to hearing. A scream came next. She stopped what she was doing. Hearing a second scream she dropped the herbs in her hands and rushed into her room. Dropping to her knees, she reached under the bed and pulled out a loaded crossbow and a shortsword. She ran out of the room. Her heart racing, she feared Alex had been attacked by the po’teki. The po’teki were big enough that they could easily shred the skinny man to pieces. She hoped she was not too late.

Woah, things are getting pretty intense. Why do you think the bird is there? 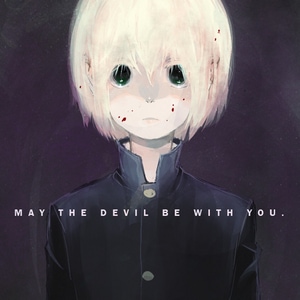 And now I am current with the story. At a dramatic moment of course. 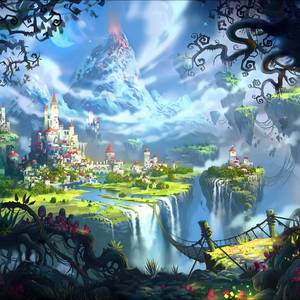