I love it when you’re scared.

When your face goes white and your hands start to tremble, I feel so… powerful. I’m the one invoking that reaction from you. I’m the one who’s making adrenaline rush through your veins. I’m the one scaring you.

It’s an amazing feeling, having so much power over you. Intoxicating. Invigorating. Like the ultimate rush that never gets old. No rollercoaster ride can mimic such a feeling.

Yesterday, I saw you at the shops with your girlfriend. She was all over you like a bad rash. Her squealing gave me a headache, and I think the shop assistant had one too, with the face she was making. It was sickening to see you pulled down to such a level, having to consort with someone like her, having to hold her and kiss her and make her feel special.

After you dropped the girl home, with her making a disgusting display at the front door, I was so close to running over there and pulling you away. But I didn’t. Because that would give the game away.

I followed you back to your apartment block. The love in your voice as you greet your mother, the masculine slap on the back from your father as he congratulated you on a great report card; it all made me sigh. How I wished I could be there with you, instead of watching from the window. But not to worry; that day will come soon enough.

I decide to stay the night; not that it’s anything new, really. Sleep evades me whenever I’m away from you, so my little sleepovers aren’t a rare occurrence. I don’t really like sleeping when I’m near you though, for a couple of reasons. One is the fact that I hate to think of missing out on any time watching you, even if it’s just you sleeping. The other is the idea that you’ll find out about me.

I hate the thought.

If you find out about me, then everything’s done. No more sleepovers, no more shopping trips, no more shared classes. Nothing. This whole… relationship… is based on the fact that you don’t know I’m here. That’s what makes it thrilling. Where’s the fun in watching someone who knows you’re there?

So I stay silent, I stay hidden and I stay unnoticed. And everything’s fine. Until today, that is.

You noticed. I must have made a sound at some point, murmured too loudly, walked too close. Because you’ve been really tense all day. In homeroom, you were like a startled rabbit, and, to be fair, it was an invigorating sensation, but was marred by the fact that you knew. Every other time I scared you, it was under the guise of someone else. Someone not connected.

But today, your fear was caused by me. Directly by me.

In science, your hands were shaking so badly that you spilled the water all over the table. I was able to brush up against your arm as I cleaned it, place a hand on your shoulder as you stuttered apologies. Your face was as white as your lab coat.

No one else noticed anything wrong, not even your beloved girlfriend. But I did. Maybe because I’m the one causing it. Nothing notable happened for the rest of the day. You jumped at the slightest of sounds, you were anxious and inattentive. Your fear seemed to surround you like a cloak.

After school, you ran like a frightened hare. And, like a rabid wolf, I gave chase. You knew I was behind you. I wasn’t exactly trying to hide my footsteps. Your breathing was heavy; running had never been your strong point. You were more of the stay-and-fight kind of person. But then, you can’t fight against something you can’t see. And you can’t see me.

I’m always hidden from you, even when I’m in plain sight. Even when you’re talking to me, you still don’t see me! You don’t see my adoration, my love, my hate. I love you for the reactions you invoke in me, but I hate you for playing with my feelings, for beginning things without any intention of completing them.

I doubt you know exactly what you do to me.

My anger makes me speed up, and soon, I could be level with you. I could run with you, not behind you. But I don’t. I don’t want you to see me. I don’t want the game, which is practically moot at this point anyway, to end. So I stay behind you, herding you to a place of my choosing.

The park has been abandoned for years. Swamp-like sandpit. Broken swings. Rusted slides. No sane parent would allow their child to enter this place. It’s perfect for my purposes. Finally, you and I are alone.

You slow as you reach the center of the area, your chest heaving. I stay behind you, out of your line of sight. The moment when you will see me, finally see me, is growing closer, and anticipation makes me shiver.

First comes your feet, then hips, then chest, and finally, your head, as you turn. Your eyes rise, and you see me. In your eyes, I can tell that you are finally seeing me! But then doubt takes over as confusion covers your face, then fear, along with a hint of disgust. No! No, this wasn’t meant to happen!

I snarl and catch your arm even as you move. You ruined it! The game is over, but I haven’t won! How could I lose at my own game!?

Anger places a red-tinted film over my eyes, and soon, blood isn’t distinguishable from skin, and the embrace that I longed for was a lot colder than I dreamed of.

Outside the park, I see you. You’re walking alone, nodding your head to whatever song is in your ears. You seem so lively, so happy, in your cute little school uniform. Vaguely, I see another face in the same uniform, but I push it away. No one else could match your beauty. I follow behind you at a casual pace, already making plans for another game. Maybe I’d win this one, unlike the others. 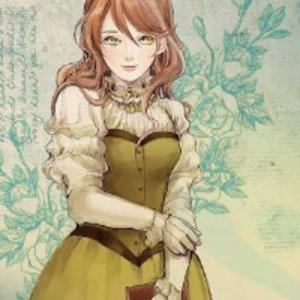 You will never get away. You can never leave. I will always be right behind you. Because you're the One. 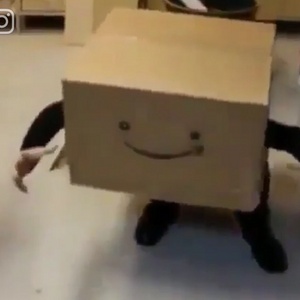 This reminds me of that one song "Mind Games" by Sickicks. You might wanna check it cuz it sounds nice and I like what I'm seein :> K E E P I T C O M I N G 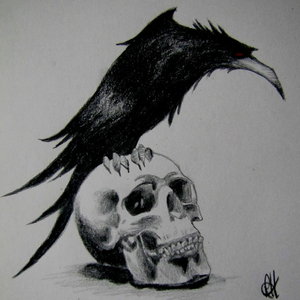 A series of short stories set around the idea of mental issues, mentalism, and murder. Because murder is interesting to write. Not commit. Never commit.
Subscribe 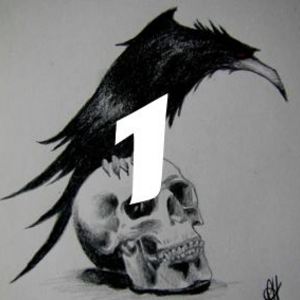